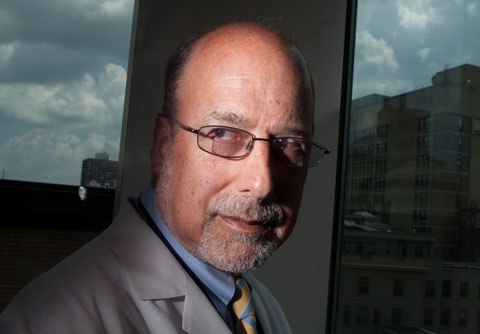 (Pediatric endocrinologist  Dr. Norman Spack)
Alex P. Serritella: "The main thing is that the public learns the truth about this corrupt industry. Transgenda is not a pretty book. It deals with rape, child abuse, suicide, shattered lives, bodily mutilation, political corruption, and Satanism. But if you're looking for the truth on this subject, I believe that you will find more of it here than anywhere else."
In this excerpt from his book Transgenda, Alex Serritella describes the effects of "transgender therapy." The object is to make masculinity and femininity fluid and optional rather than the biological and psychological determinant gender is. Gender is a large part of our human identity. The Masonic Jewish (Satanist) central bankers thus hope to destabilize and reshape society by destroying gender. The US transgender population is estimated at 700,000 or .20% of the total. This is why their "rights" trump the other 99.8%.
Transgenda pp.189-191
by Alex P Serritella
(henrymakow)
The public would take a closer look at the transgender issue if they realized it involves the abuse of children. Why are children as young as nine given sterilizing puberty hormone blockers for merely questioning their biological gender?
Dr. Norman Spack is the director of the gender identity clinic at Boston Children's Hospital. Dr. Spack has promoted the use of puberty blockers for children. He is an advocate of early transitioning, and as you might expect, this has been met with quite a bit of controversy.
From The Washington Post: "The ethics of that kind of medical intervention are the subject of debate because, as New York psychiatrist Jack Drescher noted in a recent article in the Journal of Homosexuality, "children have limited capacity to participate in decision making regarding their own treatment, and even adolescents have no legal ability to provide informed consent." 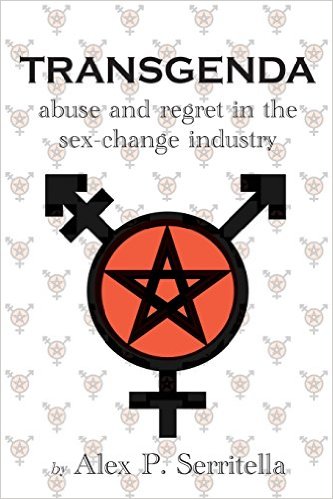 Dr. Spack and his associates claim that puberty blockers are safe for children, but there is no way that could be stated definitively. The blockers affect both development and fertility. The current generation is among the first to use the blockers, so the long-term effects cannot be known yet. It would take decades to do a longitudinal study on this, and even longer to study how it effects the offspring, if there are any. Supposedly, the effects of the puberty blockers on fertility are considered reversible, but even the makers of the blockers admit that that has not been proven.
Their overall effects on physical and psychological development can never be fully known. The use of puberty blockers affects the sexual development of children and, when paired with cross-hormones, causes sterility.
Because this disrupts their natural puberty, it will affect their overall development, too. Hormones regulate things like body structure, metabolism and blood glucose levels, as well as affecting the activity level of the body.
Blocking the natural hormone production and replacing it with a synthetic substance is bound to cause harm.  It stunts the child's growth and causes blood clots. It affects the development of their brains, and there is some indication of cognitive decline.  There is evidence that puberty blockers can cause a decrease in bone density, increasing the risk of bone fractures and leading to osteoporosis later in life. They have potentially life-threatening effects, including the possibility of cancer.
Testicular cancer, in particular, is associated with the use of puberty blockers in young males. Patients may also be at a higher risk for heart disease, high blood pressure, strokes, and diabetes at some point in their lives.PP The psychological consequences are a whole other story.
In an interview with The Boston Globe, Dr. Spack was asked, "What are the most difficult ethical issues you face?" Dr. Spack's answer: The biggest challenge is the issue of fertility. When young people halt their puberty before their bodies have developed, and then take cross-hormones for a few years, they'll probably be infertile. You have to explain to the patients that if they go ahead, they may not be able to have children.
When you're talking to a 12-year-old, that's a heavy-duty conversation. Does a kid that age really think about fertility? But if you don't start treatment, they will always have trouble fitting in. And my patients always remind me that what's most important to them is their identity.
Dr. Spack did not answer his own question: Does a kid at that age really think about fertility? The obvious answer is "no," so an adult needs to think about it for him. Is "fitting in" really more important? Why is a 12-year old telling the doctor what the priorities are? Dr. Spack did a poor job of defending his actions.
------------
Related -  Deep State's Industrial level Transgender Child Abuse Mind Control Program  (Bitchute)
David Icke - My Thoughts on the Transgender Movement
Serritella- Obama Uses Transgenders to Destabilize Society

Sadly, there is little support/therapeutic services for, and there is even backlash,against, teens and twenties who go trans with the current trend and then wish to go back to their biological gender. I predict in the coming years this will be a significant issue we will be reading about.

Is this really happening? It is almost unbelievable that it could be
inflicted on children.

Way too kind to dr. Frankenstein in Boston. Demonic child abuse for sure.