Good & Evil - A Declaration of War 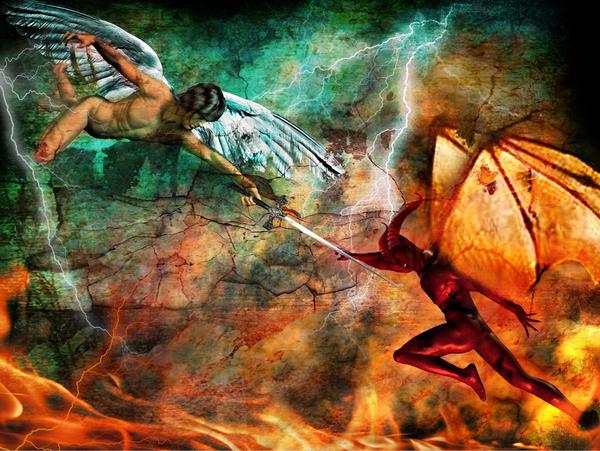 For many centuries, Evil has waged a covert war against Good.
Evil denies this and calls it a "conspiracy theory."
They slander and smear people who sound the alarm.
Resistance to Evil is classified as "Hate."
They deny with their lips what they do with their hands. "Believe what we say, not what you see."  What you see is "fake news."
The hunter is most effective if the prey is unaware of mortal danger.
"The goyim are a flock of sheep, and we are their wolves. And you know what happens when the wolves get hold of the flock?"
Protocols of Zion 11
by Henry Makow PhD
People are more vulnerable if they don't know they're under attack. They are complacent. They are grazing... an easy target.
This must end now. We're in a battle for our lives and for that of our children. 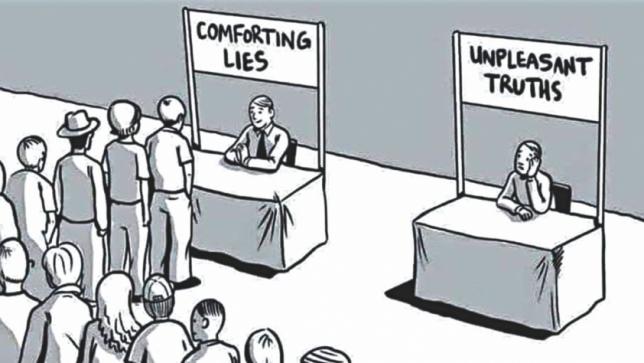 It hasn't hit home yet because we suffer from cognitive dissonance. The media deceives us constantly.
This is not a dress rehearsal. It is happening.
This war is taking place both internally and externally.
Internally - Every minute of every day we must choose, between Good and Evil, between right and wrong, between good and better. Every day we are beset by the temptation to do wrong or just slack off.
How do you treat your fellow human beings? What kind of person do you want to be? Do you have the will to change? (I am asking myself these questions.)
I have already listed ten ways we are under external attack.  I won't repeat them except to say, I left off the two most important ways.
Money and Sex. I have dealt with them elsewhere (see links below.)
By making money our preoccupation, we have been inducted into a satanic cult, Jewish Cabalism.
I'm talking about people who have more than enough to meet their needs yet measure their days in dollars, and still worry about keeping the wolf from the door. We live in constant anxiety. "Enough" is always a little more than we have.
Millions of "investors" are glued to the stock market. The world is a giant casino. Everyone can play from their phones. We prefer to forget that the "House" always wins.
Make an assessment of your needs, build a rainy day fund. Then destroy this dehumanizing programming by renouncing material pursuits.
Many people spend their lives accumulating a nest egg only to leave it to ungrateful children.
The real gold is not found in the ground. Louis B. Mayer offered an actress a million dollars to marry him. She turned him down.
"MONEY"
Don't be naive folks. The people in control of society's lifeblood, money, are leveraging this power to take control of literally everything.
"Money" is just an abstraction unless converted into a commodity or service. Think, what does a billion dollars look like? It is just an entry in a bank account. Digits. There are billions of transactions every day. All that changes are the digits. We are playing a game of make-believe that only works as long as everyone plays by the rules\.
"Money" is "credit" that the Rothschilds allow our servile governments. That's why it's called a "credit card." The Rothschilds finagled the government's credit card. They create the medium of exchange ("money" i.e. credit) out of thin air as a debt to themselves and charge interest. Our government could do this debt-and-interest-free. Our "leaders" are chosen from corrupt third-rate people who will betray our trust and perpetuate the Rothschild's scam. 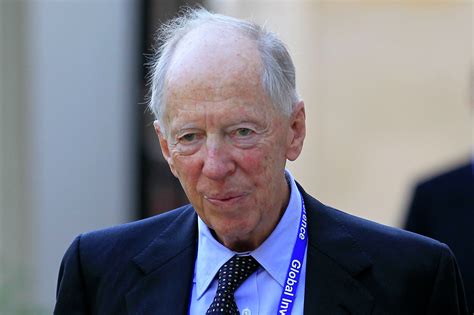 (left, Jacob Rothschild. Any resemblance to Mr. Burns on The Simpsons is coincidental.)
The Rothschilds (the "House") keep track of this abstraction called "money" on a Big Ledger. They need to re-engineer and enslave us to protect this racket. They destroy our national, racial, religious and family identity by promoting globalism, satanism, and gender dysphoria. Jewish Supremacism provides additional incentive.
Why would we trust people who hate us with our "money"?
"Money" is already a form of social credit. Eventually, they won't allow dissidents use of it.
Anonymous sex is their second means of satanic possession.  We see this in the spread of pornography and the promotion of promiscuity. They are dehumanizing.
Stop being naive about our "leaders." They are Judas Goats leading the sheep to the abattoir.
Whether we like it or not, we are part of a cosmic battle between Good and Evil. We can deny it but we cannot escape it.
We have been satanically possessed.
It's time to man up. We are at war.
-----
Related - Cabala - How Sex Became Our Religion
----------- The Devil is Money

Comments for "Good & Evil - A Declaration of War"

Eph 6:11 Put on the whole armor of God, that you may be able to stand against the wiles of the devil.

Eph 6:12 For we do not wrestle against flesh and blood, but against principalities, against powers, against the rulers of the darkness of this age, against spiritual hosts of wickedness in the heavenly places.

In my own personal life, when I'm not in fellowship with God and living according to the flesh and the devil, my lack of judgment shocks even me. Instead of saying one thing is normal and another thing is not, I start to say everything is just is. All idealism or standard of perfection has gone out the window and I shrug my shoulders about everything (autism, abortion, sexual perversions, corruption, etc) saying, "C'est la vie." It's astounding how fast I give up the struggle.

On one of the old 'Leave it to Beaver' episodes Beaver asks Ward Cleaver if they were wealthy?

I grew up during that "popsicle icicle" era of the early '60s. The focus was on family, nation, and religion. The fruit of these values gave us an innocent fun-loving culture that money can't buy today.

Someone once told me that happiness is the byproduct of discipline. Today's "open and free" culture has brought nothing but unhappiness and destruction.

Even if you have big money today you still can't escape this culture. There are no more perfect neighborhoods because it's the people who make the community and not the money. You find corruption almost everywhere you go today because most everybody is out to get rich now.

For those who don't want what money can't buy you've gotten your wish. Just continue to lock your doors and watch your back and have a good life.