(left, not Jennifer)
Jennifer's father raped and beat her. After his death, she discovered
he belonged to a Masonic Order.
"I was a sex sacrifice. My father became empowered and rich via his abuse of me and he gifted me to the Order to empower other Luciferians among them."
"I discovered that sexually abusing a child usually opens a spiritual portal to allow in high-level demons and the most powerful are child sexual abuse demons and the highest among those are incest demons called, 'Nephilim Spirit demons.'  Demon-possessed people get superhuman abilities."
by Jennifer
(herymakow.com)
I Believe Fiona, because I have been there.  I found her book to be incredibly healing for me. A Shout Out to Fiona --Thank you so very much for writing your book and sharing your unspeakable but true story!
I too am a victim of horrible child sexual and physical abuse, but not at the hands of international traffickers --at the hands of my own family members, who are very wealthy educated "upstanding" members of the church and community from a Midwest town under 500,000 population.
I was beaten, tortured, electrocuted, knocked out, hospitalized and raped numerous times...but no one really understood or could believe or help me as a child.  At 14 my older brother got caught with drugs and had to go to a program. Our family was interviewed.  From what I said, the director recommended to my parents that I needed to go to therapy. But the therapist was a joke-she often slept through sessions and skimmed the surface.
At that time I was too traumatized to talk about it.  One time my therapist called the ambulance when I was knocked out with a double concussion at age 17, and years later I discovered a social worker had come to our home asking questions, but never spoke to me. I did not even know about her visit until years later when I was in the process of unraveling everything --wondering how come no one cared. My therapist knew enough but did nothing.  Years later, when I confronted her, she said at that time, her training did not equip her to deal with my level of abuse --so she did nothing.
I was so childlike--I had no idea of my rights and no one around me knew how to help me.  Once a high school girlfriend's father saw my black eye and wanted to know who did this to me.  I choked up. He said, "I can help you".
But I could not tell him my father did this to me.  On my healing journey from denial to acceptance when I first began to talk about it, I was so dissociated that no one believed me because people have a lot of assumptions of how a victim of horrific abuse is supposed to act.  I was initially emotionless --so no one believed me. 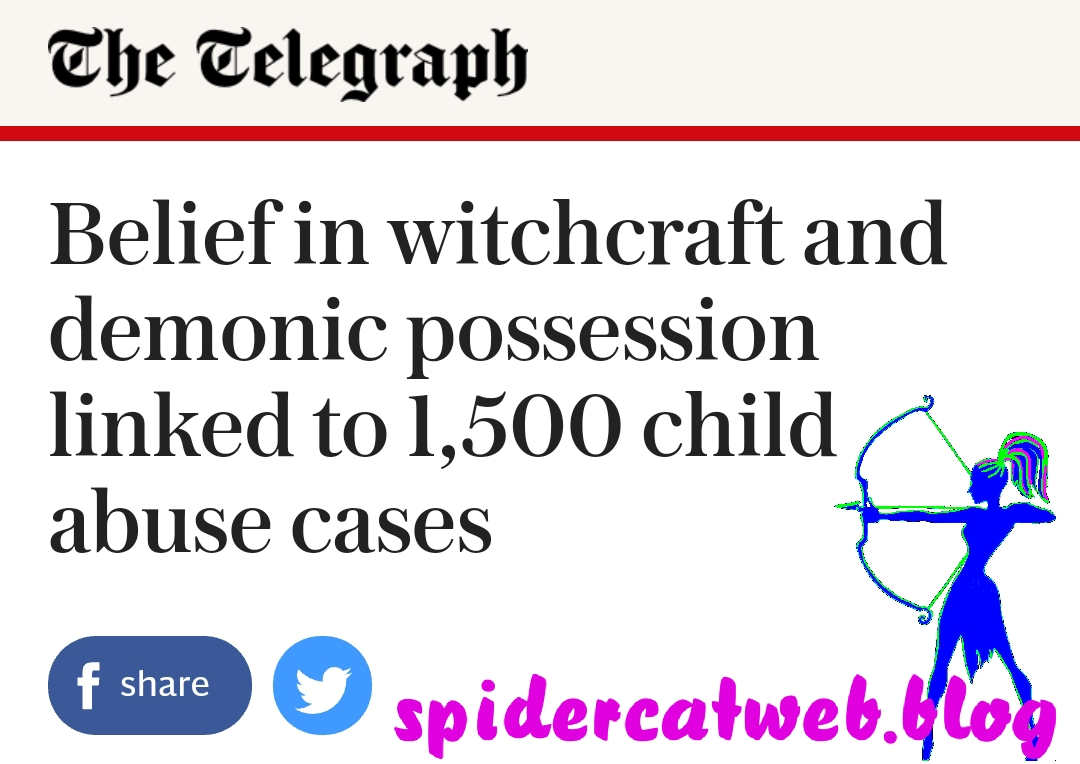 The idea that spirit beings can have sex with physical women and produce viable offspring is what the apostle Paul referred to as a Jewish fable (Titus 1:14). It was common teaching among post-Babylonian captivity Jews who had been educated in Babylonian traditions and it eventually became part of the Talmud (see Yebamoth 103b; Haye Sarah 126a,b). Also known as the "Seedline Hypothesis," it is the ideological basis of the heresy claiming that all Jews are the offspring of Satan and Eve.

It is also one of the most widespread and pervasive of all fetishes. Its adherents incorrectly cite John chapter 8 as their proof text, yet they absolutely refused to believe what Christ plainly said about the Jews of His day: "I know that ye are Abraham's seed" (John 8:37).

Elsewhere, Christ plainly says that spirit beings cannot, or do not, have sex. The Sadducees presented Christ with the hypothetical case of a woman who had been sequentially married to, and had outlived, seven brothers. The Sadducees mistakenly posited the idea that the wife and the seven brothers would have physical bodies when resurrected so they asked Christ: "Whose wife will she be?" (Mark 12:23), meaning which of the brothers would have conjugal rights. Christ plainly answered: "When they rise from the dead, they neither marry nor are given in marriage" (Mark 12:25). The most obvious inference that can be drawn from Christ's statement is that conjugal rights are, or will be, a nonissue to both angels and the resurrected. Christ was clearly saying that spirit beings do not have sex.

IMO, the dark entities that the Bible refers to as demons are doing everything in their power to somehow get into the human family, thus hoping to escape their ultimate fate (Matthew 25:41).

Sounds like they're are becoming "possessed" by doing things that cause them to become dissociated, experience a DID like state of mind (or lack of state of mind depending on one's perspective):

"Therefore, it wasn't my beauty per se, that "They" were attracted to, it was their Luciferian desire to have sex with me to get possessed by the powerful Nephilim demons..."

Yes, exactly Henry, dead on, many of these Nephilim demons, once walked the earth in FLESH: but the great flood, killed many.

They're the offspring of human women and Fallen angel (once a Watcher) not part of creation: they are in Hell now, as lower-level demons, but can get back into our realm through portals, like witchcraft & Black Magic & divination devices.

Incubus is a common name for one: that will rape young girls, even today, their female counterparts are succubus.