US Justice Dept. Has Evidence of Clinton State Dept. Crimes 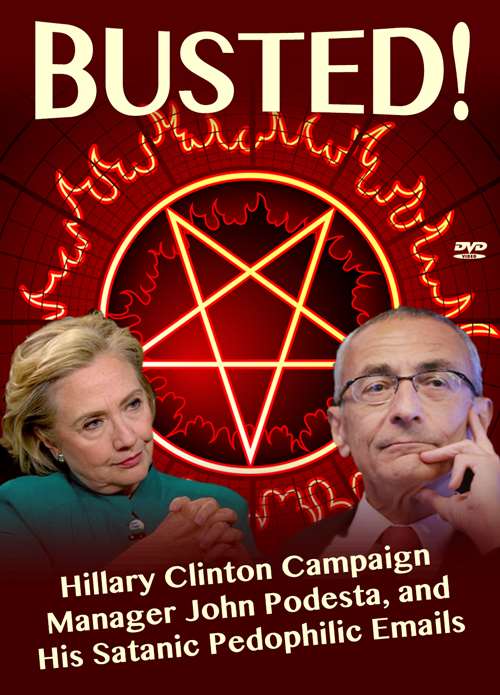 "With a little digging you can find an evidence log-in-sheet that lists not five instances of crimes against children, but five computer folders of crimes against children."
From Lloyd
(henrymakow.com)
[This info is from page 294 of the Inspector General's Report of the US Justice Dept. The IG was Michael Horowitz and the report was released in Spring 2018. As I said, it's online and you just have to google for the full report. There will be another report by Horowitz any day now and there will be criminal referrals. see also https://www.vox.com/2018/6/14/17448960/inspector-general-report-justice-fbi-clinton-emails-comey]
With the death (perhaps) of Al Baghdadi, a number of reliable sources have stated that computers and documents were seized, including a large number of US State Department cables sent to Baghdadi.
Fairly soon, these cables will be shown to the American public. The New York Times and others only tell the truth when they're forced into it.
They will be unable to avoid it. Of course, this situation is akin to the case on page 294 of the Horowitz report. It shows the journal entries of Agent Randy Coleman memorializing what his agents saw on Anthony Weiner's computer. These entries include "Clinton Foundation" with the next line "Crimes against children."
With a little digging you can find an evidence log-in-sheet that lists not five instances of crimes against children, but five computer folders of crimes against children.
Yet, none of this has ever been acknowledged or discussed in any mainstream media platform.
Similarly, the fact that ISIS is primarily the creation of Hillary Clinton, John Brennan, the CIA, the US State Department, and a raft of others is information that has been in the public domain for years.
They're Defense Intelligence Agency reports that discuss in detail the genesis of ISIS. Judicial Watch has done a number of FOIA requests and produced documents that make the case unequivocally.
General Flynn has stated that the use of ISIS to further the goals of the Deep State and others is "insanity."
All of this has been out there but now it is likely to be thrust into the faces of the public in a form that is incontrovertible and irrefutable. Finally, finally, the 800 hundred pound gorilla of the horrors and atrocities of ISIS is going to have to be acknowledged.
There is a possibility that Baghdadi is in fact still alive, and there is considerable evidence that he was or is a Mossad operative named Elliot Shimon, but the whole process of the raid will serve to put the origins and support structure of ISIS at center stage.
--
Lloyd adds:
This is a war against evil and any person or venue that disseminates truthful information is doing God's work. I live on the Upper West Side of Manhattan and it is home to one of the largest assemblages of smart stupid people on the planet. The standard yenta responses to any real information that challenges their world view are "Oh, that's very Trumpian," or "How come this isn't in the New York Times?" and therefore it must be untrue, and the ever-popular " Well, we'll see." Yes, finally, we will.
First Comment from Tony B-
This guy is probably wrong in that this information will become public in a big way but the info is still online so those needing proof concerning FBI goings-on should go to this site: https://www.justice.gov/file/1071991/download
Ken Adachi writes:
It's always refreshing to read a story like this since we all want to see the triumph of Good over Evil, It would be nice if there were indictments, but I wouldn't hold my breath. At least they're putting it into official reports, so that's something.
I don't think it's likely that any real indictments will come about against the major players since the Podesta and Weiner emails and Pizzagate go to the heart of the Deep State pedophilia agenda (mentioning Pizzagate is what ultimately bought Alex Jones down)
( Pedophilia and satanic murders is equally rampant in the UK where dissent and exposure is quickly dealt with (trumped-up imprisonment of whistleblower Sabine McNeill who played a significant role in the Feb 2015 exposure of "Papa Kills Babies" testimony videos -
( http://educate-yourself.org/cn/detailshampsteadsatanicdeathcult04feb15.shtml ) of two young children, Gabriel and Alicia , who spilled the beans on satanic ritual murder (and cannibalism) of babies, in addition to sex orgies with children at schools and churches in upscale Hampstead, London) but one is always hopeful that justice might prevail, at least occasionally.
In reading Lloyd's article, which alludes to the emails found on Weiner's computer, it wasn't the NY state police or the Justice Department who revealed the contents of those emails to the public. It was JULIAN ASSANGE and his Wikileaks group that made this information known to the world in October of 2016 when Trump was running against Hillary for the US Presidency (and surely played an important role in helping Trump win), despite rampant election fraud by DemoRats.
In fact, it was Julian Assange's posting of Weiner's and Hillary's emails that CAUSED the NY state police to go to Weiner's home and seize his laptops and take them into police custody, with their revealing emails on its hard drive. It wasn't a police investigation that led to seizing Weiner's laptops, it was JULIAN ASSANGE's investigations that led to it.
And this from a guy who "Brabantian" (name of a Dutch dialect) tries to assure us - unconvincingly and ILLOGICALLY - that Assange is actually a Rothchild/CIA/Mossad agent who wasn't REALLY holed up in the Equador Embassy in London since 2012. No, he was actually out partying and running around with women and only showing up on the Equador balcony, once in a while, to make a statement and then it's back to the Wild Life with his MI5 and CIA pals!
https://www.henrymakow.com/2018/11/assange-snowden-rat-traps.html
Yeah, right.

Comments for "US Justice Dept. Has Evidence of Clinton State Dept. Crimes "