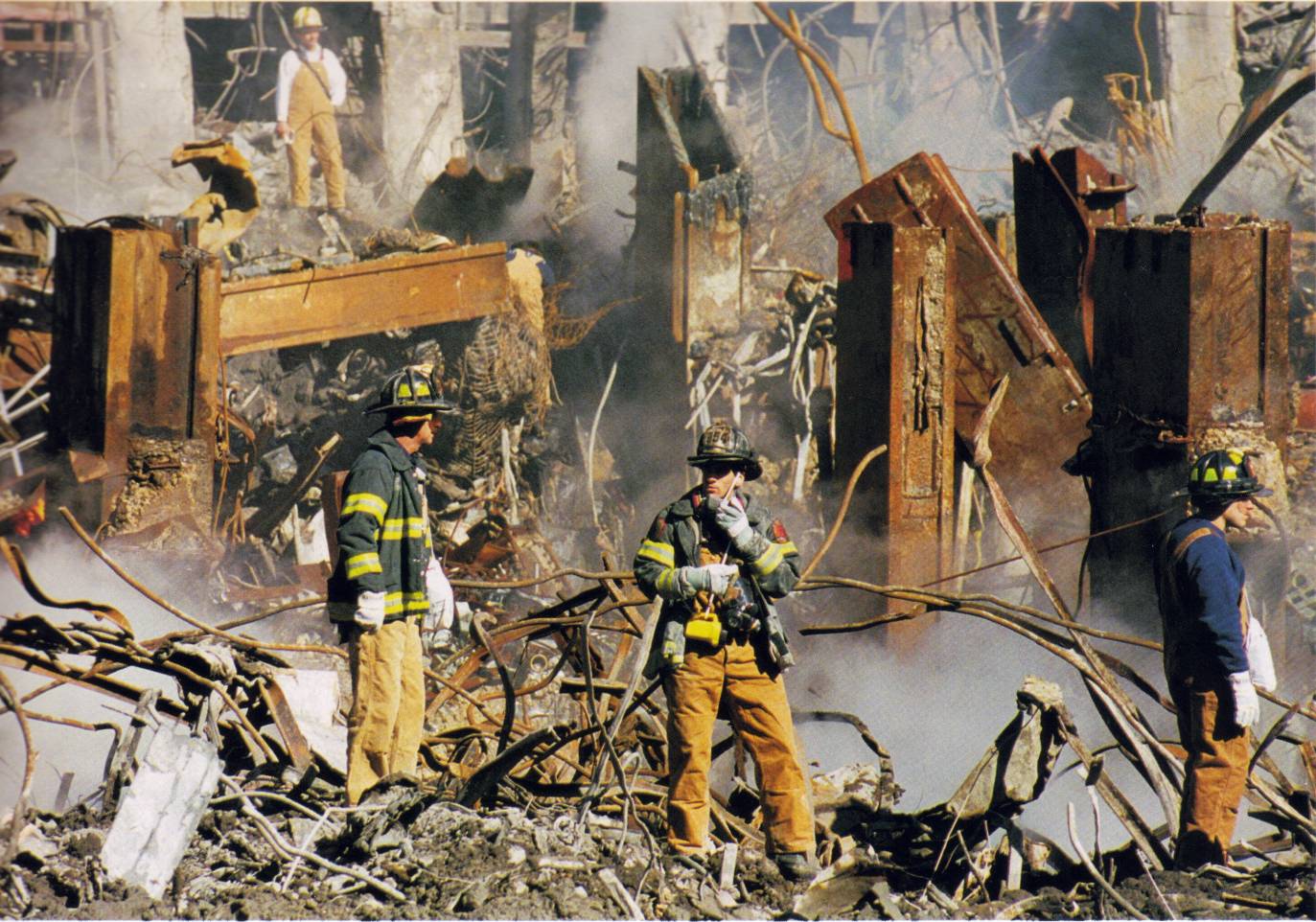 "This short essay will not attempt to go into Freemasonry, but instead will cover their tracks through history; as they have left their finger-prints on the dates & times of events they have controlled, even to the details of the flight numbers of 9-11."
By Eric Rainbolt
(henrymakow.com)
Nine-eleven occurred almost two decades ago.
Should justice for all ever be served? Let's examine. There has never been a public trial including volunteer witnesses from the public; just a government published book and series of made-for-tv films repeating the official story.
Other independent minds and maverick news outlets quickly discovered the tragedy was a planned and rigged event to immediately condition the citizens of the united states and people all over the world for perpetual warfare. The US has been warring in Afghanistan since, a country that had nothing to do with what really happened. 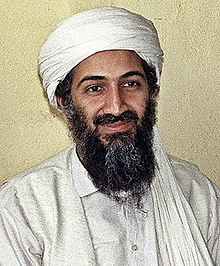 Perhaps most people have never questioned the televised narrative still today; they still believe a Saudi Arabian man with surname bin Laden hiding in a cave with a satellite telephone and 19 (notably 17 Saudi Arabian passengers) with razor blades made three (including Building 7) steel superstructure skyscraper buildings in New York collapse into dust and shards straight down into themselves; mass murdering 2814 people including firefighters.
The public wasn't shown the collapse of the third building that occurred about 8 hours later, the 47-story Building 7; only televised once when it happened.
Building 7 was not struck by an aircraft. The public watching Building 7's implosion on tv were just too stunned by what happened earlier in the day to realize that the 47-story steel skyscraper could not have had demolition charges placed all over its frame in only 8 hours before 5:20 pm during the chaos of the day.
One of the 9-11 conspirators Larry Silverstein, who was then a new owner of the buildings, even admitted on a video interview that he ordered Building 7 to be "pulled" down. 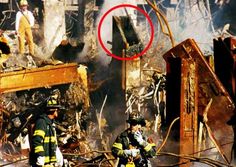 Some of the shards of the steel beams, sticking out of the rubble of all three building demolitions had pointed 45 degree cuts (by thermite) across the steel. The only way the beams could be cut in a way to cause fast and total collapse would be with explosive charges containing a powder called  "thermite", which combusts at a temperate much higher than jet fuel burns at, and can melt steel beams.
Even jet engines don't melt in hotly burning jet fuel. The steel blades inside a jet engine, with compressed jet fuel burning all over them, stay strong enough to propel a huge jet aircraft. Therefore thermite was suspected to be in the dust of the buildings, and residue of the substance was subsequently found under microscope by a chemistry professor named Steven Jones. To those that care about what really happened on 9-11, the 3 buildings were each imploded using hundreds, if not thousands, of pre-planted thermite demolition charges. Several thousand engineers and architects have also concluded this on Richard Gage's 9-11 portal site ae911truth.org.
FREEMASONRY
We the people have allowed only the government to investigate itself, and  the American people and the rest of the world have been lied to (multiple times) by the government.
Why should we the people still care? At a bare minimum for justice of the various thousands of victims of 9-11; but we have all been victims too in various ways.
By permitting the horror and cover-up of 9-11 we the people are allowing the system that manages our government, namely Freemasonry, to control not only America, but the whole world.
This short essay will not attempt to go into Freemasonry, but instead will cover their tracks through history; as they have left their finger-prints on the dates & times of events they have controlled, even to the details of the flight numbers of 9-11.
Out of the hundreds of events that Freemasonry has put their numerical fingerprints on, for the sake of brevity, we'll only include a dozen major events.
Starting with the end of World War I, Veteran's Day, 11/11 annually since 1918, recognizes the end of the world war at 11am on November 11th.
3 11's on the date & time of the event denotes a slightly hidden signature of 33rd degrees of organized freemasonry. 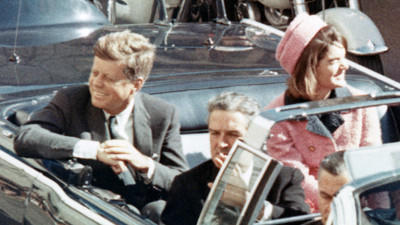 When Freemasonry wanted President JFK removed because they wanted preservation of their Federal Reserve Bank over entirety of America and war in Vietnam, they planned the presidential assassination for 11/22/1963, another 33 degree serial patterning signature of organized freemasonry (11+22).
Non-coincidentally at the Kennedy Space Center the airport landing runway often used by the space shuttle program, was built numbered #33.
Like 11s, Freemasonry uses the number 13 and its triple 39. The two launch pads the space shuttle used alongside runway 33 were named #39a, and #39b. 9-11 has their numerical signatures all over it, 9(3x3)-11.
The original World Trade Center was designed not only as two twin towers but the number 11 itself. Flight 11 was remote controlled precisely into the 77th floor of the north tower. Flight 175 was flown in to the south tower next. 175 is an occult or hidden 13, as 1+7+5 is 13, next Flight 77 in the pentagon (not really, no aircraft parts were found at the site) is 7 11's, and Flight 93 which crashed is a reversal of 39, the triple 13.
Non-coincidentally the number of floors in the nearby United Nations building is 39, and the trade center towers were built 110 (11x10) stories tall.
Major error events later conducted by Freemasonry are 3-11 (Madrid train blasts in 2004), and 7/7(London Bus bombings in 2005). the two Bali Indonesia bombings occurred 3 years and 11 days apart (October 1, 2002 and October 12th 2005). 7/22 was used in both Egypt and India terror bombings. There are dozens more examples, literally hundreds, as freemasonry operates on the world this way.
Freemasonry/I11uminati is a real psychopathic mass murdering cult of finance and world power. We the people should wise up and dislodge (literally they organize in lodges) this cult. This needs national and global discussion as it is the hidden nature of our reality.
Or should we really continue to let thousands of serial psychopaths run our world and our lives, as we each hope not to ever be a victim of their perpetual conquest and terrorism? Think about it. Re-tweet this essay. Talk about it. Let us wise up, and rise up; and let government and the I11umanati never fool us again evermore.  May God bless this essay, the USA, you, and the full whole truth of what has really happened.
-----
Related - Numbers Signal Masonic Conspiracy

To see how the WTC was destroyed go to this site drjudywood.com, and no planes were used, there were holograms of planes

A good article by Eric Rainbolt, thanks for sharing, Henry.

I've long believed Freemasonry, and more generally speaking, the occult, are the head of the snake of Satan's minions.

The basis of OTO's sex magic is Crowley's theory of mixing of semen and female ejaculate released during the sex magic operation to produce an "elixir", which is then ingested or smeared on an object for magical purposes.[1]

As is counterfeiting Catholic sacraments given Satan can't create, he can only pervert/counterfeit:

The Ecclesia Gnostica Catholica, or Gnostic Catholic Church, is the ecclesiastical arm of O.T.O. Its central activity is the celebration of Liber XV, The Gnostic Mass. In recent years, other rites have been written and approved for use within the church. These include Baptism, Confirmation (into the Laity), and Ordination (for Deacons, Priests & Priestesses, and Bishops), and Last Rites. There are also several "unofficial" rituals that are celebrated within the context of E.G.C., including Weddings, Visitation and Administration of the Virtues to the Sick, Exorcism, and Rites for Life and Greater Feasts.

Source for both quotes: https://en.wikipedia.org/wiki/Ordo_Templi_Orientis

The Bible says "Those who say they are Jews and are not are of the synagogue of Satan."

This isn't a Jewish conspiracy. Yes, Jews have been weaponized like other minority groups are deliberately weaponized through social engineering. But they are not the tip of the spear: Occultists are, which includes Jews of course, but most Freemasons or even Rosicrucians aren't Jews, and Freemasons actively recruit persons from all ethnic and religious backgrounds, as do their affiliated sister branches.

America was largely founded by Freemasons, which is why America was the first majority Christian population that makes no reference to Christ in its constitution or bill of rights. Secular Liberalism was served as a Trojan Horse for the occult, dismantling our every Christian law and tradition incrementally step by step.

Constance Cumbey all the way back in the early 1980's, long before 'the rainbow flag' was universally recognized as an LGBTQP symbol, documented how the rainbow has been hijacked by occultists (given God made the rainbow a symbol of His covenant to Noah and mankind that He will never flood the whole earth again). It's no coincidences these occultists attached this symbol to the LGBTQP agenda after first attaching it to the modern day New Age Movement. It's all part of this unfolding satanic (occult) conspiracy against Christians and mankind as a whole.

Signs of the occult are everywhere to those paying attention, as are their lodges. They are continuing to get more brazen too: https://www.youtube.com/watch?v=D8IlG9sIZ5s

Note there are 911 days between 911and the Madrid train blasts.

The Covid scare is a big numbers party. So many counts have to be reported.
Covid, the word itself:
https://www.dictionary.com/browse/covin