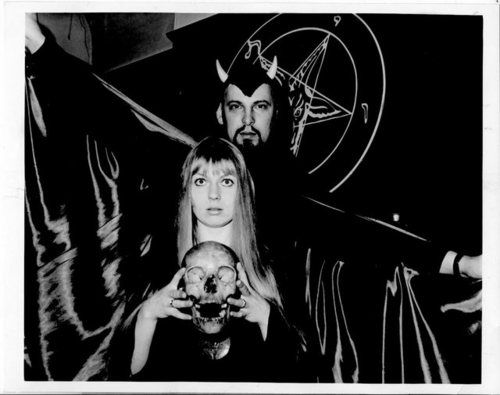 I would like to comment on your latest article 'Satanist says Social "Reset" is Enslavement'.
Once again that writer does not make any point or sense.

I didn't need to read more than a few lines and found him schizophrenic.

"Our Father never once lost faith in humanity..."
Then he writes " As many are born slaves, they have no option but to serve. We will help them fulfill themselves by serving us. Many more are congenitally stupid and being herd animals are destined to follow." (sounds to me Judaism)
At least he just can't hide his wet dream. " and we follow His example".

The writer is most likely currently locked to the mental hospital whom hiding behind a nickname and write so revolutionary essays.

Just mention he/she reading Holy Bible like satan himself... and we know the end already.

No matter how twisted and dark he appears to be, this Fozdyke guy is right on certain accounts. He is right about the “herd mentality” and the general compliance attitude. I’m from Canada and I can say there is nothing in this country, not even on the radar, that could indicate any kind of revolt against this COVID medical global tyranny and nonsense.

Deep down, the vast number of white people in Canada are pro-socialist, lazy, and poorly educated. It is so easy to get them startled with anything, just keep pedaling any kind of bullshit story on the CBC and Global News for a week and voila – the new “religion” is there.

Never mind the fact of how intoxicated the Whites in Canada already are with social tumors like sodomite rights, racial & political correctness, etc. Our federal government is a joke, our so-called PM is a charlatan & a narcissistic idiot, our provincial governments are just another echelon of bureaucracy that we have to support financially.

So, when Fozdyke mentions “tens of millions of predominantly white trash people…” Well, I’m a white guy myself and not at all proud of his statement, but he may be pretty close to the mark.

The only thing in my opinion that could reverse this steep slope towards the abyss is a quiet, armed, and ready-to-act “good” elite on the other side. People will always need shepherds, so ultimately this is to be duked out between the Dark & Good elites – like Sith vs. Jedi, or Aragorn and Gandalf vs. Sauron & Saruman. Are Trump and Putin really the good guys? I guess it remains to be seen.

If there's any merit to his claims, this Fozdyke is a damned and short-sighted fool, intoxicated by fantasies. I wonder what he imagines will happen after he dies. Perhaps he doesn't spare it a thought... in which case he will come to regret it bitterly.

As he seems unable to digest Christian teachings, he could perhaps take a look at a Buddhist "Wheel of Life" to get an idea of his destination. Whatever beastly delight he may be successful in wringing from this life, it is assuredly not going to be worth it.

He is right, however, to place some amount of responsibility at the feet of "the herd", as he calls our fellow humans, but he forgets that with power comes responsibility - and consequence. To twist the fact that humans need leadership, and even actively seek it, to justify deceiving and enslaving them is not only blind arrogance but also extremely ignorant. We reap what we sow.