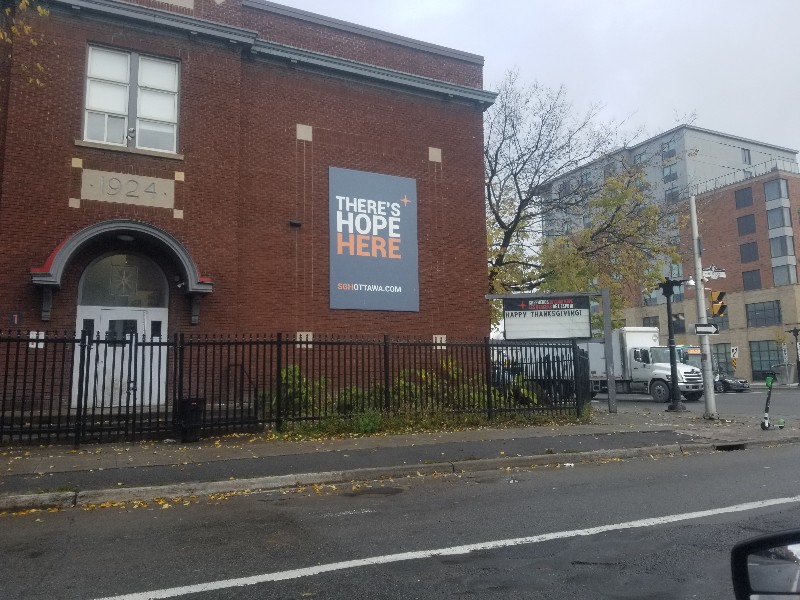 (left, Ottawa)
I asked Carl to give me a snapshot of his world. I don't get out much and I like to hear from people who endure the daily grind in these hard times.
by Carl
(henrymakow.com)
A little background on me before I go a little further: I am a 42-year-old male, never-married single, with significant savings compared to most, because I was living in survival mode my entire life.
Doctors said there wasn't a cure for my 'mental condition" that they said I had at around 32 years old, but I found there was a cure, with orthomolecular medicine and the technical detail I discovered on my own.
I always knew there was something wrong with the world, as Neo said in The Matrix, or as Murdoch said in Dark City. I  have a varied work history mostly because of this, but also from living in a dilapidated southwestern Ontario rustbelt city Windsor, Ontario where people have been leaving in droves since the 1950s due to the region's politicians inability to diversify the economy.
I never had kids, but I have had more than several very short-lived flings with females, but I always knew there was something wrong with gender relations since I was a teenager.  I actually found out about MGTOW from Henry's website many years ago, and it helped me start MGTOW Worldwide on Facebook.  Since I've been moving around a lot over the past 13 years, I've never really had the opportunity to forge close relationships, but the fact is that those are hard to come by in this age of texting and disposable relationships.  Most of the people I know personally are all in other cities, and they are into alcohol and other socially-accepted vices, but I am mostly just a monk compared to them.
OTTAWA
Now that we are in the midst of this "pandemic," I have to write to you about what has happened in the past year since my move to Ottawa, Ontario, Canada.
Firstly, I moved to this region because I've already lived in many other cities and countries including Winnipeg, Toronto, London (Ontario), Halifax, and other Asian countries in the past 13 years.
I found Toronto's and Ontario's generally cold people and very high housing costs to be immensely cost-prohibitive and has severely affected my ability to carry out a somewhat normal life.  I moved to Ottawa because I speak French and since bigger cities have more people, there is generally more opportunity to meet people, network, and market yourself.  However, now COVID19 has put a huge damper on those plans.
When I first arrived here back in October 2019, I moved into a nice, fancy house with a single divorced man in his mid-50s and that house was located in Orleans, Ontario.  This man's house was very well kept, had a lot of amenities, but his constant nervousness and apparent health problems I dismissed due to his divorce.  The problems started a few weeks after I moved in when he told me he was a struggling methamphetamine addict and a homosexual.  It made me wonder why he had me, a good looking guy (I've been told) move into his house other than money? Did he think he was going to have me as one of his sex dolls?
Anyway, I decided to stay because I had just arrived there so I tried to make the best of it.  Methamphetamine, the statistics, and media show is exploding astronomically in Canada due to its cheap cost, powerful effects including artificially heightened senses, and the purported touted benefits of fast weight loss.
I tried to mention to him the benefits of orthomolecular medicine and nutrient tests, but he would not listen to any of that.  When addicts are so entrenched in their mindset, it's almost impossible to break them out of it, especially with such an addictive substance.
I see in him and many others what I call "brand name thinking" and in that I mean a type of rigid thinking patterning consisting of stereotype-like, lack of memory, mood disturbances.  I had to move out of that place because he was inviting male and female prostitutes into the place, keeping me up many nights with screaming fights.
I then moved into another place with a self-proclaimed Jehovah's witness, but it only lasted 2 days until she kicked me out probably due to her mood swings and other issues.  She kept my delivery parcels ransom to which I had to call the police to get them back, and I didn't get all of them. 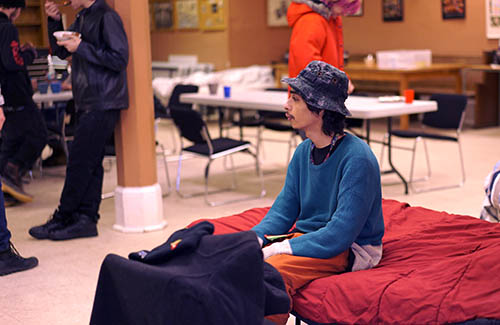 HOMELESS SHELTER
I then had to move into the homeless shelter in downtown Ottawa, and it was there for 6 weeks I fully realized that the housing crisis is far worse than we imagine!  Prior to the pandemic, there were over 1 million homeless in Canada, and this statistic is something the mainstream media rarely ever reports honestly but loves to promote nation-destroying multiculturalism that the UK's Tony Blair's speechwriter, Andrew Neather, fully admitted to using to destroy the national identity of the UK.
Prior to this, I thought the media image of homeless shelters would mean there would only be drug addicts and other people on skid row.  The fact is that the food was extremely good, and you could actually wash your clothing there, but you couldn't stay in the room past 7 am.  The bunk beds were the worst part of it with people coughing all hours of the night.
From there I got my own apartment, but that quickly ended after about 2 months when I realized early on that this guy renting the place out didn't know how to be a landlord; only to collect money.  There were cockroaches, bullying from the upstairs tenants, and the landlord stole an item from my apartment and I have him on audio recording him admitting it!
I will have to get my money back from the tribunal.  In addition to this, the realtor agency that the landlord recruited -- who was also technically supposed to be working for me as well -- admitted in an audio recording to them misrepresenting the property!  I then moved into yet another place, but this time on the outskirts of Ottawa, thinking it would be a little better, but I was wrong yet again.  I was met with very similar circumstances and many people are running into these issues but they are often paying close to or more than $1000 monthly for a small room rental, and could be kicked out at any time!
QUEBEC
Two months ago I moved to Gatineau, Quebec, which is right across the river from Ottawa, and I am paying $600/month on a tiny 200 square foot apartment in an apartment block, everything included and that is parking, heating, internet.
I find the people in Quebec to be much friendlier, and the so-called authorities are actually blaming Quebec's rising COVID19 cases on them being more social and friendly -- can you believe this?
I find people in Ontario, particularly with all the immigration, to be less friendly and with almost no class compared to the warm, friendly people in Quebec.  Also, remember the women are much physically attractive and are less likely to be apt to radical feminism.  I am one of the hundreds of thousands of newly migrated Anglophones (even though I speak French also) to Quebec, and their unwillingness to speak or learn French is angering them; a reminder of the bitter history between French and English-speaking Canada and the FLQ October crisis in the 1970s.
Indeed, many students are no longer coming to Canada as they once did, but they are now allowed to study in their home country and actually get a  Canadian work permit/passport to this country when they complete their program.  The sad fact is I recently attended a public college in Ontario some years ago, and I saw for myself how students are largely given free passes on many levels including having their marks bumped-up to pass, given free loans for college, and the rampant cheating allowed on campus.as confirmed by Harry Coor's article on this website years ago.  Landlords have been feeling the intense pressure recently not only from Canadians defaulting on their rent payments but also from the mass exodus and drought of arriving international students who previously were feeding the frenzied real estate sector.
I have been trying to be more entrepreneurial these days, because employers are not hiring as they used to, and once they see my scattered work history and 'old age,' they shun me as some kind of outcast from the hundreds of other online applicants.  I sure hope one day I find my niche that actually requires someone with a varied work/education/life experience as I have, but that remains on hold during these tumultuous times.