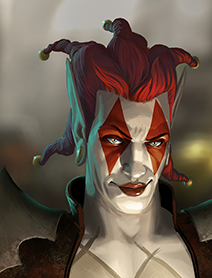 [Trump's] essential Magick is to present boundless self-confidence, for such beliefs engender self-fulfilment. He is an exponent of the short and dangerous path...inevitably strewn with misunderstandings and casualties...a small price for self-deification'.
Aloysius Fozdyke has been contributing to this site off and on since 2010. A member of Sydney Australia Alpha Lodge, he confirmed satanist influence is worldwide.  This article is from March 8, 2017. AF sent me a reminder of this article, this morning.  I'm not sure what to make of this. Since many hopes are riding on Trump's shoulders, I welcome your interpretation. [email protected] )
He writes of Donald: "On the Left Hand Path it's never the figurehead. It's the second-in-command. The one just off of camera. For Hitler it was Bormann. And both Hitler and Bormann escaped - unlike Trump, because it's not his destiny. Do you really, truly believe that Donald will be there for the long haul? Donald? The Hellequin can't engage in introspection and therefore has no doubts, any deep or long term sorrows. He is "forcefully innocent". His tremendous Magick with the elements of Air, Water and Fire is defeated by no Earth - no grounding. It's strongly suggested that the Hellequin has some precognition but lacks concentration.
Donald's role is to carry the can as Homo normalis willingly construct their own prisons: spiritual, philosophical, political, cultural, educational, financial and societal. Sheeple with existences as pointless as self-programmed robots. President Trump doesn't want to change any of that. He's a predator in that system. That's how he was trained. Now he's one of the very few top-end predators."
Bart To The Future to the memory of Spurinna
by Aloysius Fozdyke
(henrymakow.com)
OK. I'm sorry, sort of. [re.prediction of Clinton victory.] I was playing with you and your readers. We knew Trump would win. I was just trying to squeeze a few more votes his way. In our tradition Trump is The Hellequin, 'a master of external and always internal disguise. A distinguished figure of grand tastes and gestures in a variety of endeavours...precisely because he has attained the freedom to be anything at all. The Hellequin has obtained such freedoms only and always after tremendous personal ordeals. The Hellequin teaches by encouraging emulation...then indignation. [Trump's] essential Magick is to present boundless self-confidence, for such beliefs engender self-fulfilment. He is an exponent of the short and dangerous path...inevitably strewn with misunderstandings and casualties...a small price for self-deification'. So reads, The Epistle of Matthias; 'The Phoenix & The Harlequin'
Donald has no Earth in his horoscope. That's the Hellequin's tell-tale sign. He has mastered the powers and use of the Wand, the Cup and the Sword - his weapons are internalized - but not the Disc. He desperately tries to compensate for this, but can't. His economic policies bear stark witness to the coming destruction I wrote about years ago. He presents himself in many colours, but few shades - Jacob's gift to Joseph. And Trump isn't Vindex.
Trump survives like a vampire Alchemist, sucking up the crowds' energies then giving these energies back: transformed. Same symbiotic practices as Hitler, but Trump's nowhere near as proficient. When the crowd no longer sends the Don the energies he needs he will become uncontrollable. "The Wand must be bedaubed. The Cup drained. The Sword dazzling. The Disc penetrated."
That's both the Hellequin's shallow strength and deep weakness - having no Earth to stabilize him. The Don is as secretive and unstable as he is easily manipulated. In truth he has no religion above Himself!
D.J. Trump isn't part of the Alpha Lodge; that said, he made his own bargains - repeatedly as it turns out - years ago. Same ends. Similar techniques. Different Free-masonic system. His 101st day as President is Walpurgisnacht. It falls on a Sunday, just like it did for Dr. Stephen Ward, in 1961. That's a hint. There are 46 days (or 6 weeks and 4 days) between the Ides of March and Walpurgisnacht, so look for what doesn't occur, but know that it has.
Again I counsel physical, in-your-hand, purity and weight stamped silver. It's Satan's metal.

Comments for "Trump is The Harlequin, says Aloysius Fozdyke "

Trump is just one more historical example (of many) of the two-sided nature of the Savior Complex.

First, the “Savior”. Someone envisions him/herself as some kind of Savior. Just like many kids grow up playing Superhero. They need to be the heroic center of attention.The adult “Savior” figures never grow out of that youthful delusion.

Secondly, those who “believe” in the “Savior”. Many (most?) people seem to have some kind of inborn need to worship something or someone (goes back to the Bible’s Golden Calf and many other examples). So, the believers infuse their chosen Savior with all their projections and hopes and dreams and energy. Why? Because they just HAVE to. They NEED to. They can’t go on each day without some kind of (false) hope in some human (pretending to be semi-divine) figurehead.

If one needs to find a Savior figure it might be wise and prudent to find a REAL one instead of all these historical Posers.

Trump is what he is. He's got that savior complex. He needs to always be the center of attention. The Answer Man. The smartest guy in the room. He'll do some good, and some not so good. We've seen that for four years. But Savior?

Trump has awoken not just the USA but the World as to the massive corruptions going on everywhere with painful evidence. Why would the Satanists have created Trump, if what they had was already going according to their plans anyway? No, it must be that God is intervening in this world to slow it down enough for His plans to take greater effect ("He is not willing that any should perish"). Trump is likely a King Cirus type strong man being used a short term by God to wake the world up, exposing its massive lies, give His people more time to work for Him and especially wake the United States that she might be healed (but will the people want healing spiritually?)

Trump is the real deal, albeit it a faulty human and temporary one. The real Saviour (permanent) is yet to come.

Spare us your 'prophesies' and bore me less. Didn't you claim Hillary was going to win and plunge the world into the darkest war [WW3] ever?

And then wasn't there a a follow-up claim (when that first one was a DUD) that Donald would have to be sworn in somewhere in Colorado, Obama would remain in power, and a coup would ensue - leaving America torn and blood flowing through the streets... and all before Christmas?

Yeah, no. Log off, go home, and get some rest. These predictions used to generate fear within me and now they're straight up irritating.

It's a huge mistake to trust anything this guy has to say. You can see he's shooting from the hip. He's been so full of s*** in so many of his articles, that his eyes must be deep brown. He's serving the Dark Side to try to convince the public that Trump's one of THEM and serving their agenda. He's doing exactly what Soros and the DNC degenerates are doing in the streets. Their trying to undermine belief in Trump and take him down. Got news for him: No one's buying it.

“OK. I'm sorry, sort of. [re.prediction of Clinton victory.] I was playing with you and your readers. We knew Trump would win”

The Satanist outsider is playing you with information about nothing. He gas added pagan crap to the obvious nature of Trump’s megalomaniac personality.

I was wondering how long it would take for the elite to put a business man as president of my country with virtually no political experience whatsoever. George Carlin once said my country is an oil company with an army, and I believe that. Some time ago I heard Obama giving a speech to the public. And it reminded me of my pharma days listening to a top manager give a presentation to the troops. My country is a very deadly corporation, the warrior element of the new world order.