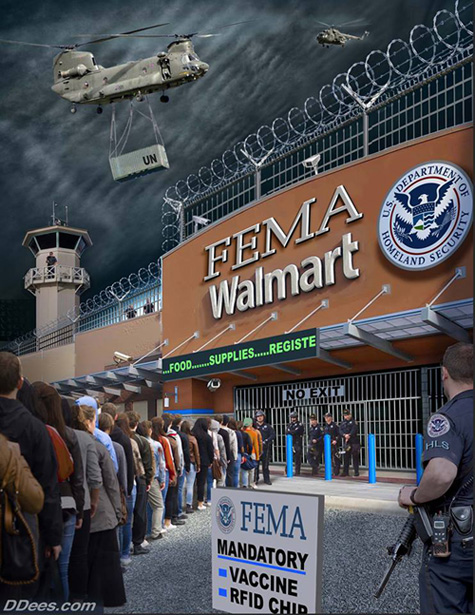 "WHAT'S IN YOUR NEIGHBORHOOD?"
A reader claims there are over 145 deep underground military bases
across the USA.
I reserve judgment. Carolyn Hamlett, whom I respect, says they abuse children there.
See also
by Anonymous
(henrymakow.com)
I have been personally for years studying the New World Order and all of the Networks, and Systems in which encompasses the long puzzle it takes us that never seems to end.
Most of you know all about the FEMA Concentration Camps or what may be used as Quarantine Camps very soon for those refusing to accept what I believe will be a forced vaccination.
Two years ago, I came across a DEEP UNDERGROUND MILITARY BASE ("DUMB.") There are over at least 145 of these in the United States alone.
But one that was recently built within the last decade has stuck out. It is West of Atlanta, GA in a small community known as Yorkville, GA.
This is the South's Terminus for many Hubs. There are several websites clarifying this information. The Tunnels from this Bunker run from Walmart's in which are also in cooperation with the New World Order. One of the Walmart Tunnels is under the Douglasville, GA Walmart and the Construction has been scene by many during its first stage. ++
The Official Wal-Mart Tunnels of Paulding County Investigation
In order to further protect the homeland and ensure the safety of it's citizens in case of nuclear, biological, or chemical attack, a join venture of the NSA, DOD, MiB, DHS, CICs, DFCS, and BK has created an expansive tunnel system throughout the south.
These tunnels will also serve as conduits for national defense to rapidly move troops, supplies, and armor throughout the nation between strategic topographical locations. A map of the believed military and government installations affected and connected by this tunnel system: Paulding County, Georgia, is said to be the central location of the project. 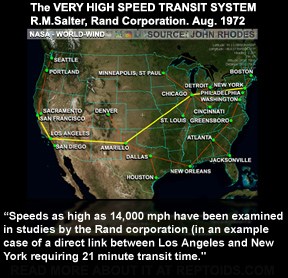 Yorkville, Georgia is to be a terminus of sorts for the hubs in: Anniston, AL Raleigh-Durham, NC Greenville-Spartanburg, SC Macon, GA Lookout Mountain, TN Lockheed Martin in Marietta, GA Wal-Mart's involvement in the project has not yet been officially commented on, but it is generally perceived that Wal-Marts in these areas are staging areas for the tunnel project. It is to be noted that this project is under a great deal of scrutiny by those who live near the ongoing construction project.
Analysts do not believe the project will be available for public use, and will not be publicly acknowledged (rumors of usage by NASA for its installation in Huntsville, AL have been found to be true).
At Lockheed Martin in Marietta, GA there are five stories of underground Facilities that this Terminus connects to. Nobody knows what's in there.
Also, there is one in Forest Park, Kennesaw Mountain according to Author Richard Sauder, P.H.D. in his Book "Under Ground Bases and Tunnels What is the Government Trying to Hide?"
This is one of three of his books on UNDERGROUND MILITARY BASES IN AMERICA AND INTERNATIONALLY that connect in America. Yes, you read this correctly these Tunnels are Internationally connected and connect in America for the Illuminati. Recently the Military has been training in Underground Warfare Exercises, what could this be for? Defending a Underground Tunnel System or Base?
Please pass this article on to everybody you know and can wake them up.
RELATED- Report on Underground Bases and Tunnels
Passage below is from:
https://coercioncode.com/2015/05/12/walmart-and-the-elites-massive-underground-military-facilities-tunnels/
FACT: there are hundreds of miles of subterranean tunnels and bases beneath north America. We don't know their purpose, so all we have is conspiracy theories, and some of these hypotheses are highly speculative, further clouding the issue. Whatever it's for, it must be important.
The evidence is conclusive, comprising photos, videos, countless eyewitness testimonies (including written statements from contractors who worked underground) and even a detailed map of the network from a declassified Russian intelligence file. This body of evidence would stand up in a court of law. And yet, most people are ignoring it, probably because it sounds so outrageous they assume it can't be true. Superimpose over maps of Walmart sites to reveal stores arranged in straight lines and a relationship too extensive to be a coincidence. Sounds crazy, right? But remember, sounding crazy doesn't make something implicitly untrue. The Governor of Texas was sufficiently alarmed to order the state guard to monitor the US military.

Comments for "Do Underground Military Bases & Tunnels Cross the USA?"

You mean to say that you donâ€™t know about the â€œDUMBâ€ (deep military underground bases) and whatâ€™s going on in there? Iâ€™m surprised since you are supposed to be an â€œalternativeâ€ journalist, better yet a â€œwhistleblowerâ€ (yes, the most persecuted kind of living beings at this time!) But these deep underground bases are located all over the world, not only in the US! And yes, some very shocking stuff (for us â€œnormal peopleâ€ anywayâ€¦) has been going on there. Get some intel on that while you still can!

Read your article on Underground Bases. You missed the whole point, on them. Look up Gene Decode in Bitchute, one very smart Guy, and you should get to know. Thank You, I enjoy your columns. ðŸ‘