Covid "Vaccines" -- Exterminating the Goyim is Basis of the Cabala 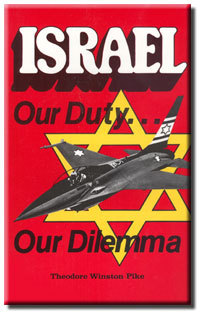 The Cabala (Satanism) is the Ideology of the Illuminati
The "antisemitism" smear diverts attention
from the grim reality - the hate actually emanates from
Cabalist Jews and their Freemason agents in the form of
a simultaneous attack on our gender, racial,
religious and national identity. This hate now finds expression in the pandemic psy op and killer vaccines.
Jew or not, if you are not an "anti semite"
in the sense of opposing this diabolical
agenda, you are a dupe who will
pay dearly for your conformity & ignorance.
Ted Pike, 74, has performed a heroic service to humanity through a 30-year mission career. In 1988, he sent 15,000 copies of this book to Christian evangelists, thanks to the generosity of an anonymous donor. He was instrumental in preventing hate laws to be passed in the 1990's with 750 radio broadcasts. His video Zionism & Christianity-Unholy Alliance is key to understanding our world. An artist and sculptor, he is currently engaged in a project to demonstrate the hand of God in nature, specifically birds and animals.  He regards Donald Trump as a fraud. This book can be purchased by sending $24.95 to Ted Pike PO Box 828 Clackamas OR 97015
Just reposted this six weeks ago but the key to teaching is repetition.
from Jan 13, 2019 & Jun 15, 2021
by Henry Makow PhD
I urge you to read Ted Pike's Israel: Our Duty...Our Dilemma (1984) to fully understand the danger in which humanity finds itself today. The essential teaching of Judaism's most holy book, the Cabala, is that non-Jews form an impediment to progress and must be subjugated or exterminated. This ideology probably explains much of mankind's tragic history and impending doom. 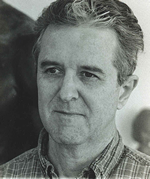 (Left, Ted, no relation to Albert Pike)
Only "religious" Jews are aware of this agenda but they are very much in control of the West through their control of the banking system and Freemasonry. The fact that Trump is surrounded by these Jews, and constantly makes Masonic hand signs, suggests that his opposition to globalism is a distraction from his real mission, unleashing Armageddon on the goyim.  Of course, we all hope this is not so.
Few people take the time to read the Cabala. Ted Pike did and outlined his findings in Chapter 12, The Conspiracy of the Kabbalah." (110-123)
The Cabala is "an attempt by the Pharisees and their descendants to wrest control of this world from God and give it to themselves."
This is the definition of Satanism - supplanting God. Judaism at its Cabalist heart is Satanism. That's why you don't have to believe in God to follow Judaism.
GOYIM HATRED
According to the Cabala, Gentiles by their very existence are an impediment to Jewish rule and Heaven on Earth. "The Kabbalists saw the extermination of the Gentile as a necessary process towards restoring order in the universe. The Gentile is a form of demon...Satan himself." 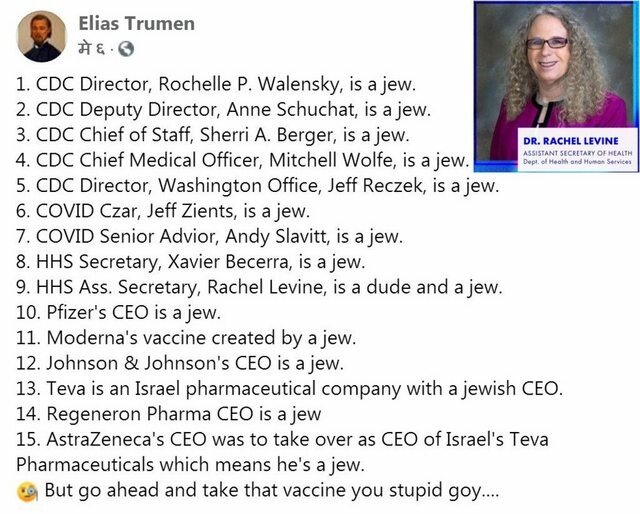 Pike quotes Cabala, "When God reveals himself, they will be wiped off the face of the earth." (I Ber. 25b)
Until that blessed day, Jews will continue to languish and feel oppressed by the goyim.
"Man" in the OldTestament refers only to Jews. How will man conquer the world?
"By deceit and trickery wherever possible. They must be fought against without ceasing until proper order is restored. Ths it is with satisfaction that I say we should free ourselves from them and rule over them." (I, 160a, Pranaitus Trans. p.74)
This is scary considering who controls the weapons of mass deception.
When Jewish world domination has occurred, the Messiah "will display His force and exterminate them from the world." (III, Schemoth, 7 and 9b, de Pauly.)
"When these shall be exterminated, it will be as if God had made heaven and earth on that day..."(I, Ber. 25b)
"A the moment when the Holy One ...will exterminate all the goyim of the world, Israel alone will subsist, even as it is written, the ord alone will appear great on that day." Vayschlah, follo 177b de Pauly, Webster p.373.
The Cabala recommends the extermination of the Gentiles as the highest religious duty. Only then will Jews be able to flourish.
Most Jews are unaware of this diabolical agenda and certainly do not share these goals. However, this subjugation of the goyim is the essence of "globalism" and the New World Order. 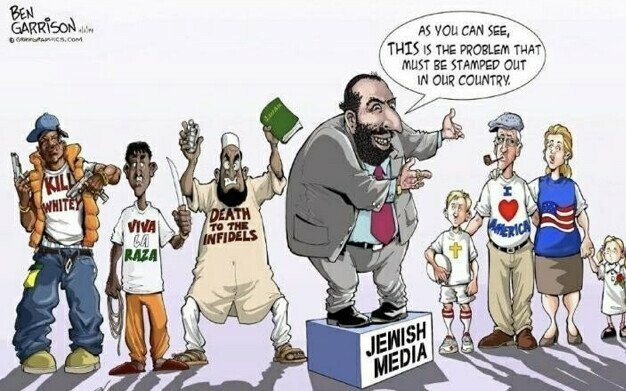 The "chosen people" is the ultimate scam. I don't like to sound alarmist but this is the best explanation of world events past and present. We've lost the ability to recognize evil and call it by its name. This is not about a difference of opinion. This is about good and evil.
Let me tell you about evil. Evil is out to destroy everything good including you and everything you hold dear.
And remember, many Cabalists are Freemasons. These Gentiles want a seat at the table and sold their souls to the devil. They were/are indispensable. We're talking about a widespread Satanist conspiracy. Let's focus on Satanists rather than Jewish dupes.
If this agenda is indeed behind world events, it's time humanity stirred from its complacency and organized its defence.
----
Related- Cabalists Publicly Discuss their Plot to Kill Millions
Makow - Are Cabalist Preparing Another Holocaust for Goyim?
Texe Marrs: Jewish Agenda is to Enslave the Goyim
Youssi Gurwitz - When Israel is Mighty
Organized Jewry Seeks to Disarm Goyi in Advance of Next Goy Holocaust
Disarming the Goyim by Ken Adachi
--------------

And interpreted the Talmud ( why I trust her so much more than Green and Bjorknes: she does 1: 1 interpretation knowing Hebrew, Bjorknes knows from English translation, where you can be tricked easily in meaning).

And she comes up with many of the same conclusions as Texe and Ted Pike.

It's Satanic a never ending mind twist, it's conceived to take you in 100 different directions, but it's main doctrines are " do as thou wilt," and " you are you're OWN god here, you need no other."

People just cannot understand the essential nature of maintaining a high degree of Anti-Semitism...to keep the lessor brethren in line as well as Goyim guilt....it is critical to maintain in achieving their One World goals... and extermination of Amalek

The alien program is to sterilize entire planet with chemicals and 5G. There will not even be Jews in the post human world if we don't bust them. We need to extend our focus, to include not only the skirmishes, but also the very very old war. It is the organic vs the machine."

Great article for tying the current vaxx extermination to the cabalist conspiracy.

While all this may be happening now, it may be a pipe dream for the "Jewish" conspirators , since most are neither Judahites or Judeans or Hebrews but even for the few that might be 5%, they are not northern tribe Israelites. So the old testament chosen people scam could not hold true for them, they are imposters!

The so called "goyim" or pagan nations that are targets for extermination (Europe and USA) could be the lost tribes of Israel, (Pirnak) who will be rescued by God as promised in the Bible. The conspiracy is following Revelations, so the end result of the Kabala pipe dream is that the conspirators (including masons) will be thrown into the lake of fire. For now we have to recognize it, oppose it, but suffer through it.....

In a strange way I am starting to agree with this unholy doctrine. My reason being is that I have read and studied profusely over the years to come to an understanding of how the world works, I have attempted to educate those less enlightened, to no avail. Those "Others" are lazy, ambivalent drones and thus easily lead to their own self demise. That would be fine by me except they are bringing me down with them.

It's all very sad my only solace is my gardening, however over the years I have noticed a drastic decline in pollinators, I and many others are metaphorically pollinators of knowledge and we are fewer and fewer and the fruit is dying on the vine.

Proverbs " My people shall perish for lack of knowledge. "

There can be no doubt about this, it's regularly expressed freely on youtube by Jewish leaders. It's in their books - the ones they write for each other. It's happened throughout history. It's no surprise that heads of security in Western states are Jews and Jews run the prison systems in times like this, which have happened many times before.

The obstacle is the ignorant masses. If the information we are privy to was given to Russians, Koreans, Chinese, French, Germans, etc, they would be sufficiently organized to do something about it, but we live in a technological state where the enemy's ability to communicate and organize far outstrips our own.

Our only chance is with numbers and we aren't even allowed to talk about this. I'm ashamed to be part of my own species. I wish I could be around when the average conspirator learns that there cannot be honor among thieves, that it is a nonsensical phrase, but it's unlikely.

Yes. America has become a complicit "dupe state" politically and a servant of the foreign agents within it's globalist run Democratic Party where nationalism, duty, honor, and country have been outlawed.

The plans for the border wall that President Trump is trying to build is being sabotaged by the Democratic Party because a border wall would define America as a sovereign nation state. This battle is literally between nationalism and global communism.

As for President Trump, I don't think he really realized what he was getting into when he took the job as president.

He has been surrounded by traitors and cowards willing to sell him and their own country out for fear of the globalist mafia that is now running Congress.

Like Harry Truman once said; if you're looking for a friend in Washington you might want to get yourself a dog.