Our Shepherds Work for the Wolves 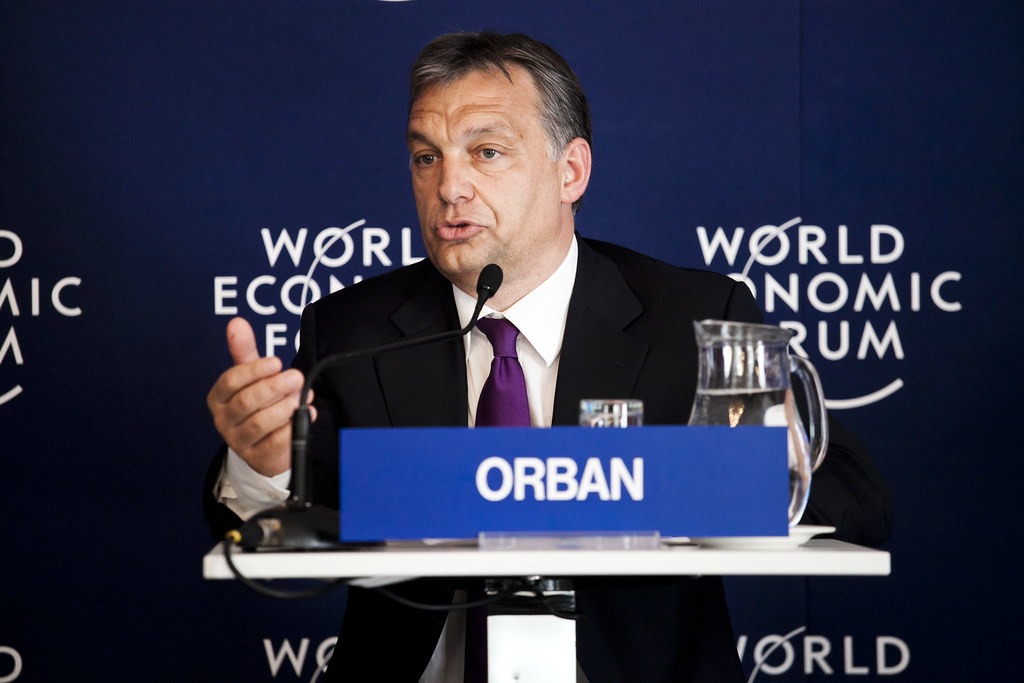 (Young "Globalist" Leader, Hungarian PM Viktor Orban)
When it comes to the covid scam, so-called "conservatives" like Viktor Orban are nearly as bad as the Communists.
In the pre-covid era, the governments of Poland and Hungary stood out from their European Union neighbors with their objection to mass immigration, homosexual indoctrination, and interference in legislative affairs.  However, this was a ploy to gain the support and trust of their mostly conservative Christian populations and make them more vulnerable to the covid scam.
by CR
(henrymakow.com)
Only half of Polish adults are vaccinated, but the government is openly discussing vaccine passports and lockdowns for regions with high infection rates as "cases" rise across Europe.
Also, legislation is being introduced to allow employers to demand vaccine status from workers and unvaccinated soldiers are being forced to undergo weekly covid tests at their own expense.
Hungary has reinstated mask mandates and is forcing all healthcare workers to take covid booster shots, and PM Viktor Orban is hinting at mandatory vaccination: "In the end, everyone will have to be vaccinated; even the anti-vaxxers will realize that they will either get vaccinated or die. So, I urge everyone to take this opportunity."
A rather ridiculous statement considering that the covid death rate is a fraction of a percent, unless it is a veiled threat to kill unvaccinated Hungarians.
But don't publicly contradict Orban in Hungary or you might find yourself in jail, as a law was passed to punish purveyors of "covid misinformation" (i.e. truth) with sentences of up to five years.  It appears that lies for the purpose of fearmongering are exempt.
Orban also gave himself the power to rule by decree during a state of emergency, and not only on matters supposedly relating to health.  It makes you wonder what he was really talking about when he said, "The most beautiful thing about the political profession is that there is no job description. I also have my own definition. I believe that politics is a matter of power, and power is the ability to act together."

With covid being a political virus, you would expect that countries with conservative governments would be immune.  Unfortunately, most politicians dance to the tune of the World Economic Forum. Hungarian PM Orban is one of Klaus Schwab's Young Global Leaders . Polish minister of health Adam Niedzielski is a former economist - is this an odd coincidence? 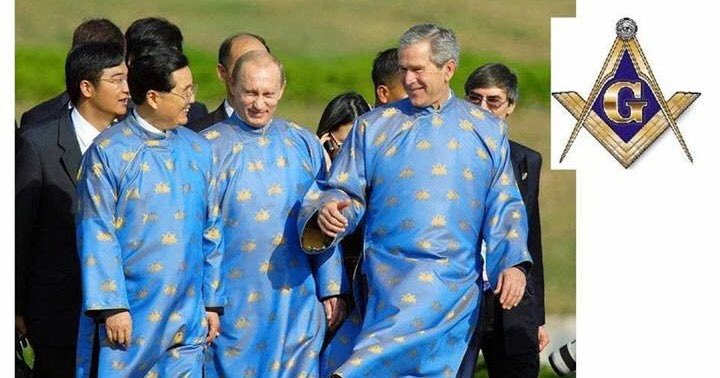 (Our "leaders" draped in Masonic  i.e. satanic insignia.)
"Cases" are rising across Europe, except for Sweden which never locked down.  Similarly, the Cayman Islands have the world's highest infection rate with nearly all adults vaccinated and booster shots being administered. Meanwhile nearby Haiti has next to zero covid or vaccinated. Obviously the "vaccine" is causing the ailment.

While conservatism is the antidote to the social aspects of globalism, it is still vulnerable to authoritarianism.  Eastern Europe already experienced communism and the people have no desire to go back, so globalist puppets exploit public opposition to immigration and the LGBT agenda while pandering to Christians with statements like:
"Christianity has created nations in this part of the world. If we Hungarians had not followed Christianity for a thousand years, we would have disappeared." (Orban)
A few years ago the US embassy in Kingston, Jamaica was flying a rainbow flag (they started doing that regularly now).  Obviously that won't go over well in Jamaica, and a politician named Marlene Malahoo-Forte publicly denounced it. She complained to the US gov't as well.

She is one of Schwab's Young Global Leaders.
PUTIN
Likewise, Vladimir Putin, while banning gay propaganda, is now fully on board with the covid scam.  Russia now requires proof of vaccination to enter public places, as well as to buy plane or train tickets.

The Siberian region of Ugra has locked down all unvaccinated citizens and Tartarstan requires proof of vaccination to use public transit. 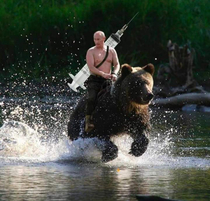 Meanwhile, Putin recently got his 3rd covid shot AND a nasal vaccine.  He just can't get enough.

People thought Putin's Russia might be the last hope for Christian civilization, but Putin believes that Communist ideology is similar to Christianity and has compared Soviet dictator and mass murderer Vladimir Lenin to Christian saints.

While the World Economic Forum tell us we will "own nothing and be happy", Putin's hero Lenin previously abolished private property in the USSR over 100 years ago.

Hungary and Poland are close allies, but Poland has been in some form of conflict with Russia for centuries and Putin continues the tradition.  Russia has recently been conducting military exercises in Belarus along the Polish border and Russia-controlled Belarus has directed undocumented migrants to attack the Polish border.

Despite the tensions, both countries are following the covid playbook and Hungary is the first country to establish mutual recognition of vaccine certificates with Russia.

These politicians are wolves in sheep's clothes, playing a role to gain acceptance so they can implement medical fascism which will lead to Klaus Schwab's Great Reset, and maybe start another war along the way.

Comments for "Our Shepherds Work for the Wolves "

A good article. Orban is not very trustworthy. As a calvinist he is also very pro zionist. But at least Hungarians have the choice between vaccines. They can also choose Sputnik, which is a classical vaccine. In the rest of the EU we simply have no choice but MRNA.

Then there is Schwab boasting that this and this one has followed “Young Leaders”. That programme started only in 2004. Putin was already head of state since 2000. Do you imagine the head of state of the second nuclear power in being absent for days and days to follow such a course and fool around in Davos? Crazy. Of course Schwab and Putin met before, but that does not mean a lot. Schwab’s main pursuit is selecting participants for his seminars. Did you see the virtual meeting Davos 2021? Putin actually said in a polite way to Schwab: “Not so fast, there is lots of other problems first”.

Whatever you can say about Russia and China, they have their own classical vaccines, so in the end they will protect their populations better than the the MRNA “bio weapon” vaccines (called that way by Prof. P. McCullough).

Courage and success! The zionists will harm themselves by reducing Israel to a MRNA test garden. Their own hubris.

This writer, concerning Poland and Russia, has completely omitted that the U.S. and it's NATO lapdogs have turned every European nation bordering Russia into a military threat against Russia, each loaded with American weaponry and soldiers and each doing everything in its power to force any kind of Russian defense move, some reprisal they can lie about as the "first attack."

This is on Russia's border, not the U.S. border half a world away. Yet U.S. Navy/Air Force (perfidious Brit too) is forever whining that Russia is interfering with THEM in the Black Sea, as though they own it and Russia is an intruder in its own waters.

Russia has, in turn, warned them all that any incursion by them of Russian land, sea, air will be dealt with severally. Something the U.S. government/Israeli puppet (the delusional Brits too) thinks it should be exempt from hearing no matter how many people around the world it systematically murders via bomber or drone.

Then the writer complains about Russian military ON RUSSIAN LAND (not Belarus, whose leader is not cooperating with Putin's attempt to calm the border problem Belarus now has with Poland over a U.S., Brit, French, Israeli, Turkey caused refugee invasion which neither country wants.

Makes the whole article sound like MI5/6 disinformation to me. Or perhaps CIA, Mossad, or a dozen other such Rothschild Russia hating
propaganda organs (since the cabal just can't get its greedy hands on Russia's natural resources).

Every recent picture I've seen lately out of Russia shows normal life, no masks, no lock down, no nothing of that nature. Even bragging about its normalcy. And just how would this guy know Putin's personal jab history?

It's all a charade to keep us on edge and justify military boondoggle.

I was very dismayed to read about Viktor Orban, the PM of Hungary turning out to be a wolf in sheep's clothing with the Covid scam.

A few months ago, Tucker Carlson, of Fox News Channel, had his show coming from Budapest for a week. A nationalist like him, he clearly admired Orban and his policies.

Carlson interviewed the PM, and pointed out that that the US ruling class in DC despises him. Biden slandered him, calling him a "thug" a while back.

A vile, childish insult, but very typical coming from this cretin - along the line of his calling Kyle Rittenhouse a "white supremacist" when he knew nothing about him.

Carlson mentioned that the US may attempt to interfere in the next Hungarian election, as it did in Ukraine under Obama.

This hostility to Orban all comes down to the fact that his party's government will not allow Hungary's borders to be flooded with Illegals, as is allowed to occur in all Western European countries - which will in time degrade and destroy them - all part of the Jewish/Cabalist NWO plan to blend out, and eventually wipe out Caucasians as a race, along with the Christian identity of Europe.

The Infamous Richard von Coudenhove Kalergi laid out the blueprint for this genocide early in the last century in his writings, and globalists have been following the script ever since.

So it is terribly sad to read that Orban would be on board with the murderous Covid scam, which he must know will kill off many of his people.

Since his government offers financial incentives to Hungarian couples to encourage them to have more children, you have to ask : what gives ?