Cabalist Breeder as a Career 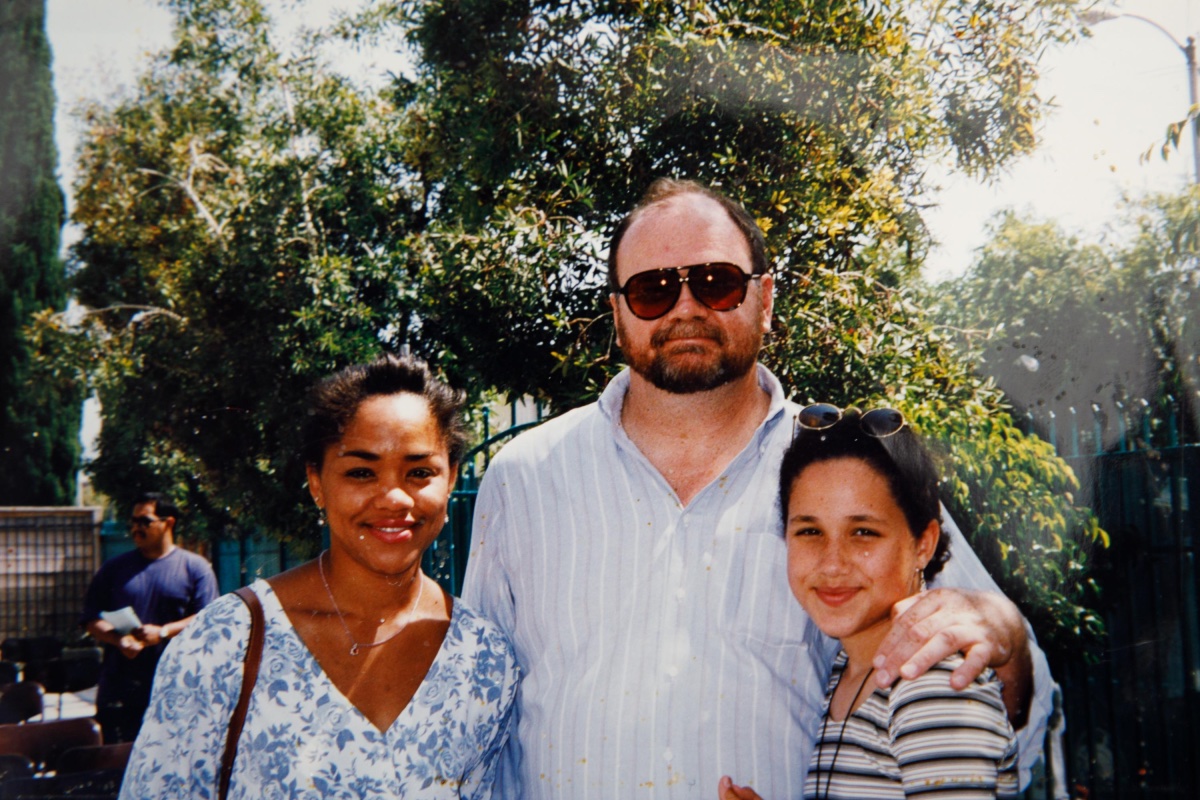 "Thomas Markle and Doria Ragland were chosen to be the adoptive parents of Meghan (who was bred by Cabalists using the eggs harvested from Princess Diana and the sperm of her favorite clothing designer Bruce Oldfield and birthed via surrogate) because they are cult members and they roughly appear as though they could have bred Meghan together."
Below, Matrix Hacker answers a reader's questions.
Q. Are these babies born through surrogate mothers, with the harvested eggs and sperms of these celebrities?
If so, these mothers must be given a lot of money to keep quiet?
(Disclaimer - I cannot confirm this information. Make up your own mind.)
by Matrix Hacker
(henrymakow.com)
Many of the babies are bred by surrogates using harvested eggs and sperm (embryos) of celebrities.  Others are bred by the movie stars themselves during filming, post-production, "dating" relationships, "marriages," or prior to filming movies or prior to dating or marrying one another.

In terms of hush money, things are much more complicated than that.
People are either born into the Satanic cult or they are not.  People who are born into the Satanic cult live by an entirely different set of rules, norms, and customs than the rest of us.  I think of our differences in terms of a game of chess.  The Satanic cult consists of the "dark side" of humanity and the rest of us comprise the "light side" of humanity.  The task and challenge of those born into the "light side" is to wake up to Reality and thwart the plans of the "dark side" to bring a Totalitarian New World Order into fruition.
To be born into the "dark side" means that secrecy, deception, sexual depravity, and Satanic rituals are just a normal part of their way of life.  It's hard for us to imagine that such a large number of cult members could be so effectively controlled that more  (like Brice Taylor and Cathy O'Brien) would have divulged 100% of the secrets of the cult by now.

Yet, most if not all people born into the Satanic cult have been subjected to mind control.  Certain Satanic rituals are said to be so terrifying and horrific that participants and witnesses must be triggered into alter personalities that were created in their minds as children prior to the ritual so their core personalities don't go crazy.
They are filmed during these rituals. After, they are triggered back into their core personality which creates an amnesic barrier in their minds which causes them to forget that they ever witnessed or participated in these events.
However, bleed through memories can and do occur and, if they attempt to speak out publicly, one way they are dealt with is by being shown films of themselves at the events as blackmail and then their minds are re-programmed to forget the events once again and another way they are dealt with is that they are killed. 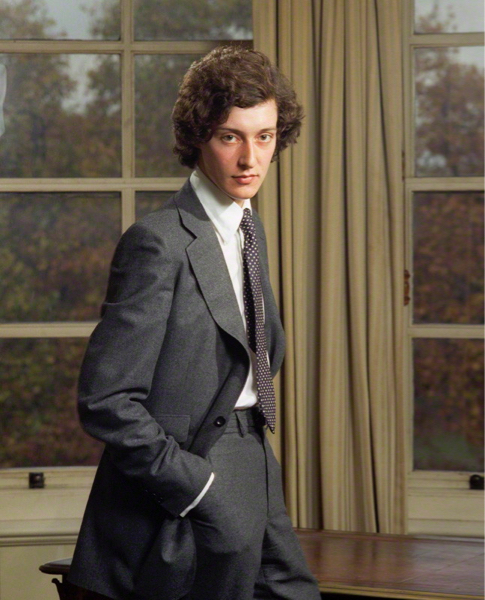 (left Amschel Mayor James Rothschild, 1955-1996, pictured here in 1977 at age 22)
Henry has published an article about a male member of the Rothschild clan who was murdered at the behest of his own family because his core personality didn't have the killer instinct that the rest of the clan possessed.

Their way of life is well concealed from the rest of us until we embrace conspiracy narratives and, when we do, discovering how they live their version of life is so shocking and repugnant to us that it is difficult for us to comprehend that any of it is actually real.
Incorporating their way of life into our world-view is even more difficult.  The anonymous women used as "breeders" are typically young and poor members of the cult that start out by breeding a biological child for use as a human sacrifice in exchange for a brand new and fully paid for car.
So, yes, there are rewards to  being a breeder. They are conferred in exchange for giving themselves in service of the Satanic agenda (i.e. selling their soul to the Devil) not for keeping quiet because other methods are already in place to ensure their silence.

MEGHAN MARKLE
Let's examine the adoptive parents of Meghan Markle to see how breeders are likely rewarded at the higher levels.
Thomas Markle and Doria Ragland were chosen to be the adoptive parents of Meghan (who was bred by Cabalists using the eggs harvested from Princess Diana and the sperm of her favorite clothing designer Bruce Oldfield and birthed via surrogate) because they are cult members and they roughly appear as though they could have bred Meghan together.
The marriage of Thomas and Doria would have taken place as a cover for adopting Meghan.  It is worth noting that "marriage" relationships among cult members are rarely love matches.  Rather, they provide cover for occult activity that enables them to appear normal to non-cult members.
Thomas would have impregnated Doria and then their newly born biological child would have been swapped for Meghan and adopted into another cult family to be raised to perform some future role for the cult or sacrificed.  Thomas and Doria separated only two years after the birth of Meghan and Doria was largely absent from Meghan's life as she grew up.

Thomas is said to have worked as a lighting director in local television in Chicago in the 1970's.  Meghan was born and adopted in 1981.  In 1982 Thomas Markle was co-recipient of a Daytime Emmy Award for working on General Hospital.  His transition to working in T.V. in Southern California and later to working on the set of Married With Children was likely part of his reward for his participation in the breeding program.
Possibly, his entry into working in television back in the '70s was arranged as a perk because of the future role he was to play as a "parent" of someone with an important public role.  His "official narrative" states that he won $750,000 in the California Lottery in 1990 but this is likely a smokescreen for a payout to him by the cult.  Meghan's private school tuition, plastic surgery, and college expenses would have been paid for by the cult to groom her for her future role. 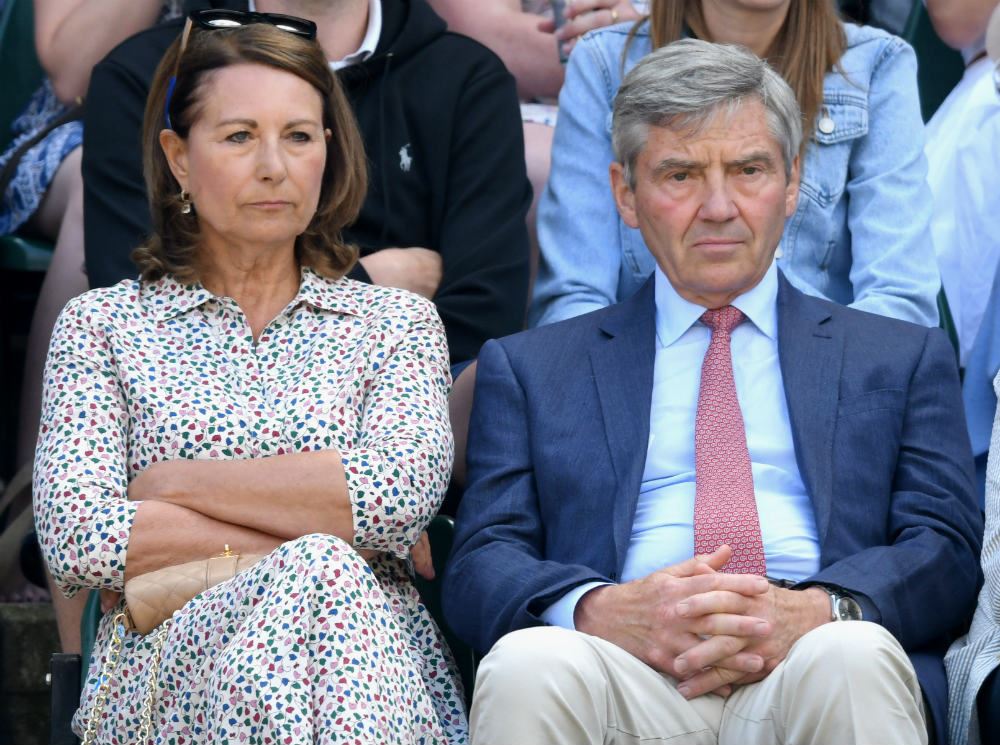 If we look to the "parents" of Kate Middleton, we see something similar.  The Middleton's reward is that they are "self made" millionaires (read between the lines:  they received a cult payout to the tune of millions of Euros through their business "Party Pieces" that the cult created for them which they may or may not actually run).
So, being breeders and raising children that are not biologically theirs or just pretending to is their career more or less. However, they may also perform other jobs simultaneously as a cover to make them appear to be normal, average people to those of us who are not cult members.
This is a key ingredient in how the Satanists hoodwink us.  Their false narratives teach us that if we work hard and play by the rules like these families have, then our children will have an equal chance of one day marrying into the royal family of England or becoming movie stars.

Comments for "Cabalist Breeder as a Career "

Matrix Hacker's article about Megham Markle being the product of taking and using Princess Diana's eggs is hard to comprehend as Markle was born
on 4/8/1981 over 16 years before Diana died in Paris on 31/8/1997.

Diana would only have been 19 years old when Markle was conceived around
November 1980.

How were Diana's eggs acquired when she was still only 19 years old?

In response to the reader, the death of Diana would have no bearing on whether Meghan was bred using her eggs or not. However, the fact that Meghan was said to have "cried for two days straight" when Princess Diana died is one of our "read between the lines" clues as to her true parentage.

This article below mentions the "virginity test" Diana was subjected to at age 19, prior to marrying Charles. This test was a "cover story" or false narrative for the procedure which actually occurred which was the harvesting of Diana's eggs for the breeding program.

Thank you for today's posting re. the breeding program of the satanic world which pervades and surrounds humanity. Regarding the specific people mentioned...I'm not privy to that. But that this is a very active facet of the satanic/Jewish/Masonic/Jesuit New World Order, I do know, from direct personal experience. A further detail re. "lotteries"...from the multi-million dollar miraculous wins, to the local Shriners fundraiser for a new Harley Davidson. Very often the winners are chosen/selected for some specific purpose, as a perk, a reward, a bribe. For people to think that because 8 million tickets are sold, one's chance of winning is one in eight million is quite inaccurate. Not always, but often enough the winner is already known and your opportunity for huge payout is closer to one in Zero! Sorry. It is simply the way it is.