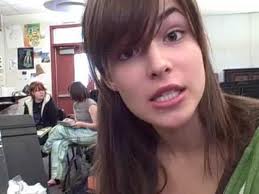 "Digging deeper, you find  these girls truly have nothing to offer or share. They are very busy proving to themselves and the  world that they don't need men to fulfill their destiny."
Everywhere, feminism has proven a program of depopulation and social destabilization. Darcel, a Frenchman in his 30's decries its depredations on his homeland and his life.

French girls used to be famous for coquetterie", a behavior that made them charming and above all lovable. Needless to say it's not the case anymore. It's seems that all the good old qualities that used to make a girl desirable as a mate as well as worthy of devotion and respect, have simply disappeared.

I believe that comes mainly from education or lack of it. As the matter of fact, most of the girls of my generation (born in the eighties) re the product of divorce. Between 40-50 per cent of French marriages end in divorce.

As a female judge delivers the divorce, you know that she is condemning family to death. For where will the family then go without its natural leader? Where will her members will turn to for protection and guidance, once their husband and father has been rendered powerless?

The all-powerful mother then takes over, showing her female offspring that she was able to free herself of the male burden... But she remains ignorant to the fact that by "freeing" herself, she is in fact alienating her children, depriving them of their father's indispensable presence. 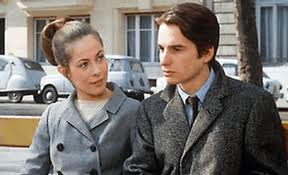 (left.scene from Truffaut's 1968 movie, "Stolen Kisses" when women were perky & interested in men.)

She plants the seeds of distrust towards male. The young girls are programmed to fail in their future relationship with a male.

Young females often perpetuate unwillingly this sort of evil paradigm. They perceive man as an oppressor and that he must therefore be kept away from any involvement or decision with family affairs.

As sad as it can be, men no longer have a say and are more and more cast away, thus unable to play their rightful role as husband and father.

The only form of authority a man is still recognized for is his earning power!  How low humanity has fallen when the sole remaining measure of a man's value is equal what he can afford... 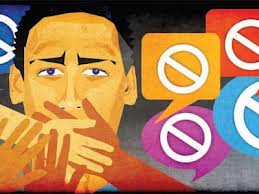 FREEDOM OF SPEECH MEANS TO AGREE OR BEWARE!

Today, there is no room for alternative opinion in France on the subject of feminism, as media, corporations and politicians alike perorate on the same rubbish.

Freedom of speech is constantly being thwarted by a pressure group (mostly Jewish in origin). Should you raise any formal objection, or dare to draw criticism on a politically incorrect subject, they will sue you for hate speech or discrimination on gender!

Once in court, you will surely loose both money and reputation.

All in all, a man is today guilty by being born a male. Recognizing and acknowledging his manhood is now regarded as a crime, a form of discrimination that needs to be fought with the two most pernicious forms of punishment, slander and racket.

That's what France, the country of so called "Human Rights", has become. We have the right to obey and abide by insane, sick and destructive motto...

If you come across French female and approach her, she will surely display haughtiness, making you understand that you're venturing on slippery ground

That's because she's been raised to think she's so special and entitled to the best of everything. She will consider you from on high. At the end, her arrogance will discourage even the bravest of fools.

A few decades of intense feminism have paved the way to this deplorable insolence. 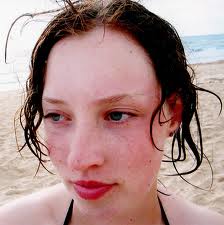 Digging deeper, you find out that these girls truly have nothing to offer or share. They are very busy proving to themselves and the world that they don't need men to fulfill their destiny.

They will end up lonely and bitter. Time will teach them the real value of their youth, which they've so shamefully squandered.

Hence, courting French women is no longer an enjoyable experience. Their arrogance and self-absorption has rendered them despicable. Travelers you've been warned!

Adding to that, is their overwhelming presence in the market place as they are forced to provide for  themselves what men gave them gave them in the past...

But would they really deserve it anyway?

There are surely exceptions to this, and I don't mean to draw a completely dark picture. But generally speaking, this is where society as a whole is heading and I don't see when it will stop...

As with everything else, hope lay in the future generation.

French women as most western females, begin to see the downside of all this. As men no longer take responsibility or accountability for anything, they must constantly strive to achieve alone what can only be accomplished by mating.

Let's hope they will soon awake and reverse to the true path of fulfillment: finding the right man and devoting her life to being his partner and raising his children in a healthy and stable environment.

For by renouncing their so called "independence", they will obtain a far more precious reward, being revered for being worthy of love.

The reverse is also true. My marriage lasted for 19 years then I
brought up 3 children through the teenage years. They are now
beautiful human beings. Women want tenderness in their lives and in my experience men are primarily interested in sex. We, as humans do not seem to have worked out the ideal system yet. A lot has been lost in foregoing tribal rites of passage. Venting or taking a rigid stance doesn't help.

Hopefully the article will help men to see that ALL women are subservient to them. God created man first and could have left it like that, but seeing Adam alone, God as an 'afterthought' created a woman. Due to Eve, and then Adam listening to her (instead of to God), we have descended lower than the low.

Being a helpmate can be more than enough, considering what a man is up against in a difficult world.

As a woman, I have a difficult time with feminist women, too. They can be quite heartless and unkind. Ignorantly changing the natural order, makes it less likely for a lady unlike them to be shown respect.

As for 'Frenchman Vents on French Women', he could also rightly say that women only have the short-lived illusion of being independant of men just so long as they are increasingly dependant on Big Brother; the illusion, that when shattered, once the party is over and the plug is pulled on the good times, will find themselves shackled to the floors of boxcars in route to those terrible time-tested camps (which they helped fund with their taxes), with not a single real man in sight to come to their rescue, having castrated'em all. It's gonna be mayhem.

I chuckled at reading the headline,. "Frenchman Vents on French Women" because several years ago I had the experience of hearing a Frenchmen vent on American women.

It was the summer of '92, I was sub-letting a fine old Victorian house on a hill above W. 10th and Lamar in Austin, Texas. The house came with an itinerant Parisian expatriate illegal alien who made his living selling homemade hippie jewelry with other vendors on the 'Strip' near the UT campus.

Austin was always known for hordes of young coeds wandering around campus. This Frenchman instinctively flirted with them in 20th century French or Italian fashion. Not so long ago in France and Italy men used to flirt by pinching a girl's ass as they walked by.

Now in France before McDonalds and Starbucks were allowed in Paris, such behavior was taken as a compliment by European girls. But Americans had already succumbed to feminism by then. The Frenchman found himself slapped, insulted and abused by gangs of feminists.

One evening he couldn't take it anymore and exploded into a passion filled rant - as only a Frenchman can - about how American wee-meen look like women - but they want to be men! He then went into a long patriotic praise of French girls so impassioned I that it would have gone perfectly with La Marseillaise.

It made me want to go to France to see what I'd missed by growing up in America during the age of Gender Communism (aka Feminism).

But I know that the forces of Globalism which includes feminism as one of their cultural wrecking balls had been pounding French culture since the 60's. It was just that the French were the toughest nut to crack (no pun intended).

I was going to go on a long hike today, but then I read this article by Darcel. I enjoyed the article so much, I wrote some more about how the relationship should be between a man and a woman. Obviously, all of us have learned a lot of bad habits and I think it is time for us to consider a better path. I just wrote an article about Proverbs 31: 10-31 which addresses what is a good woman.