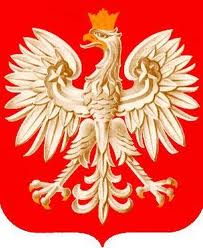 Translated into English for the first time, "Warning to the Polish Nation" is a primary document for Polish nationalists.  While focusing on Poland, if true, it suggests there is indeed a pernicious worldwide Zionist agenda largely advanced by crypto-Jews.


by Marek Finkelstein-Dobrowolski
(Translated from the Polish by henrymakow.com)

(The original appeared here, a website of a Chicago Polish radio program. Marek F-D is half Jewish and half Polish. When he was in Israel, they treated him as Jewish, and they openly revealed various secrets to him, which were hidden from Poles and other Gentiles.)
. â€¨

After traveling for many weeks all over USA and France, after my stay in Tel-Aviv as a half-Jew and half-Pole, I have managed to gain some credible insight into the current policy of the World Council of Jews and the Israeli society with its government (both Likud and Labour Party of Rabin) regarding Poland.

I am sending this message to political and social activists, representatives of power and the Polish clergy - literally, not those, who in the guise of priests pretend to be Polish. Polish society as a whole needs to know the dangers that await the Polish nation from Zionists (usually holding public office pretending to be Polish), capitalists, uninvited German aggressors, (but secretly invited by the Zionists), and the whole army of paid agents of various international capital, which is building the empire of murder, plunder and enslavement.

Spread this proclamation to the Polish nation by copying and sharing with your neighbors, friends and all Poles deceived by perfidious Zionist-internationalist propaganda.

The general aim of the three decision-making centers of Jewish society is:

1. To gain complete control over the rudder of government in Poland,

2. Recover $40 billion, which fell into Polish hands during Hitler's slaughter of 4 million Jews and during expulsion from Poland of 40,000 Jews by Polish communist leader W. GomuÅ‚ka.

The mentioned $ 40 billion comprises landed estates, apartment houses, valuable real estates, bank deposits and savings, which fell into Polish hands during occupation of Poland and after. Jewish economists arrived at this estimate by assessing the average wealth of one Jew at $10,000 U.S. dollars.

To regain this bounty, the following actions were approved:

Firstly, by appropriate fiscal policy to destroy the Polish state enterprises and cooperative societies, so that they can be bought later from the weakened Polish economy for one tenth of their value. For this purpose, the government established Mazowiecki and Bielecki (as Prime Ministers after the fall of Communism), and a certain Balcerowicz . 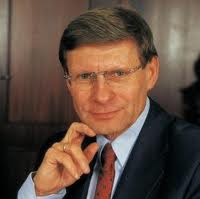 [Translator's note: Leszek Balcerowicz , left, was Deputy Prime Minister in Tadeusz Mazowiecki's government. He is famous for implementing the Polish economic transformation program in the 1990's, a shock therapy commonly referred to as the Balcerowicz Plan.]

[Translator's note: Super-normative wages tax - was an extraordinary tax introduced in Poland in 1984,  primarily associated with the Balcerowicz's Plan of 1989. It was used as one of the elements that was to fight the hyperinflation (reaching 251%) that struck Poland in 1980's. It created a state-controlled level of wages, tied to the level of inflation, and taxed all companies that exceeded the wage rise limits. In 1991 the tax was lifted for the privately held companies and the following year it was withdrawn) altogether.]

Second, by glorifying the "free market," they bled over $6 Billion from Poland, for unsaleable trash from the West, mainly products that nobody wanted to buy in the western countries.

Third, by import of cheap petrol and the use of the petrol understated by 50%  which, in the face of cheap road transport brought losses to the rail transport and it was forced to use car transport, which must be financed by import of petrol for another $5 billion.

Fourth, destruction of Polish coal mining as a result of stagnation in this industry and in railway transport, as well as blocking of the coal export in the amount of 50 million tons at $ 60 a ton. This led to a further loss of  income of  $ 500 million from rail transport.

The plan for the destruction of Poland, carried out by Zionist and Mossad agents, and financed by the CIA. It succeeded completely with the applause of Polish economic "idiots" and â€žSolidarity" madmen, charmed with vision of rich capitalist Poland.

Now, it only remained to buy the best branches of industry for 1/10 of their value, (which they managed to do in 80 % of cases,) with the use of the cheap workforce of Poles threatened by unemployment. This allows the planned recovery of the lost Jewish property in Poland during the German occupation. 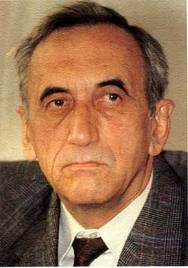 Apart from this general plan, during the reign of the first [non-Communist] i.e. Zionist government led by Tadeusz Mazowiecki (left) and Bielecki, individual pillage of Poland was committed by Jewish swindlers: Grobelny, Baksik, Gasiorowski and Bogatin, who drove out from Poland the first billion of US dollars transferring them to Israel, Switzerland, Germany and Austria. This robbery was done with the knowledge and approval of Jewish and Polish agents of the world Zionism and capitalism.

Those Jews - Bagsik, Gasiorowski, Bogatin and Grobelny have become heroes of the Jewish nation, comparable to the legendary heroes of the Old Testament, and are treated in Israel like those legendary plunderers of Egypt and tribes from conquered Jordan Valley.

Israel also exalts other heroes - Jews operating in Poland, among others:

1.Mazowiecki and Geremek (b. Benjamin Lewertow) are comparable with the legendary Jericho conquerors, who while dwelling at Jericho prostitute's house, made a breach in the walls of the city, and thus made it possible to conquer the first town in the Jordan valley. Similar bravery was demonstrated by Mazowiecki and Geremek, who deceived police and got into Gdansk in August 1980, and with the participation of  Walesa won the first outpost of Jewish "Solidarity". Mazowiecki even boasted about this heroic deed on Polish TV in April 1997. 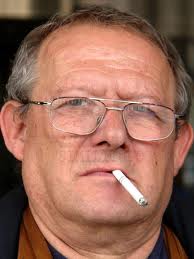 2. Adam Michnik (left, former solidarity member and the owner of Gazeta Wyborcza- Polish daily, widely read after the fall of Communism by majority of Poles) is compared to Moses, who deceived the whole Egypt looting rich Egyptians before his escape. Rabbi Jerczel ... we treat him as great grandad ... grandson of Moses, because of his stuttering like Moses.

3. General Kiszczak's wife - Maria Christina is compared to the Biblical Esther, who  seducing king of Babylon led to the release of Jews from Babylonian captivity, This woman, Mrs. Dr. Maria Christina Kiszczak, who by her charms caused her Haman to convert into Judaism, is venerated in Israel equally with Esther.

4. Former and current minister of war in Poland - Janusz Onyszkiewicz, formerly Jojne Grynberg, from Lvov, former member of the NKVD and the former director of the department in the communist Ministry of Agriculture,

is popular in Israel as much as its famous former leaders, especially the Bar-dochba - the hero of anti roman revolts. He is circumcised, I know, because I was at that ceremony in Lviv in 1937. The Jewish nationality of  Polish main leader is number 1 secret for the Poles. Janusz's father was well known realtor in Lvov in the years 1935-1939.

Similarly, the married  Onyszkiewicz couple also ran a real estate agency in 1988-90, selling the rest of Polish real estate, advertising in the US press and England. If the skills of Jojne - Janusz, inherited from his father and deepened in the trade mentioned above, will be used by him as the Minister of National Defence of Third Republic of Poland,  in two years the Polish Army will walk without shoes, and guns.

In my humble opinion, The term "crypto-Jew" [Jew who pretends to be otherwise] is not the most precise Way to describe the members of the global takeover (or took over depending who you ask). Jewishness is an idea and nothing more. It is not biological. It is not a race. It is purely conceptual. Jew would like to think of themselves as something more than an idea and they can...but any idea will never leave the world of fleeting thought.

The rabbis have tried to link the idea of Jewishness to biology. They "decreed" (another form of idea) that if your mother was Jewish, than so are you. Mother but not father. Why? That's what their collective mind cooked up.

If you ask a Jew who was the first Jew, he will answer, "the patriarch, Abraham." But...Abraham didn't have a Jewish mother!

Judaism is a religion of converts. To convert, a person must have an acceptable level of commitment. Commitment is mental...not biological.

But commitment is not even necessary. I personally know of several cases where "non-Jewish" infants were adopted and because the adopting parents were Jewish the children were automatically "Jewish".

The idea of Jewishness is flimsy to say the least. That is why I would like to suggest that we no longer use the word "Jewish" to describe the phenomena that has hijacked our world. This because the bond between members of the conspiracy are not Jewish per se. Their bond is stronger than an agreed upon conceptual tie. Their bond is indeed biological. They are genetically bound by DNA originating from the first three kings of Israel- Saul, David and Solomon.

Therefore, a more appropriate and more accurate term for the global conspirators would be Crypto-Davidians.

Crypto-Davidians are not obligated to consider themselves "Jewish" to maintain a level of integrity acceptable to the grand scheme. Davidic DNA is transportable across ideologies as it is biological. No ideology can corrupt it. It cannot be diminished over generations as it is immutable and not susceptible to rabbinic or any other interpretation. Genealogies just need to be tracked and rising stars from among the ranks need to be nurtured, tested, inducted and introduced into the lowest ranks of the conspiracy.

Indeed, Davidic DNA is invisible. We can only guess and surmise its carriers. This is the secret to the success of the Global "Crypto-Davidic" Tookover.

I was trying to access you being logged on to a network that uses
FortiGuard Web filtering. Your site was blocked. You might already know about this, but in any case ... here it is.

Welcome to the NWO

Factually the article is correct.

And many many more of this stock. Birds of a feather flock together, literally.