How the Illuminati $pawn Libertarians 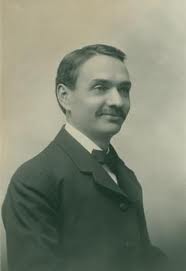 t was not just the money, but also their strategy: the spawning of myriad 'independent' Libertarian organizations. This is exactly the same strategy employed by their dialectical evil twin, Communism."

"They are buying Libertarian adherents just like they bought Hitler's Brownshirts --  for beer and bratwursts."

"Libertarianism and Austrianism co opt opposition to the current monetary system and deflect attention from the real opposition and the real solution."

Hundreds of millions if not billions are poured into Libertarianism and Austrian Economics each year. The usual suspects are the paymasters. The money is used to 'to litter the world with free-market think-tanks'. Their impact has been enormous.

As we saw in 'Proof Libertarianism is an Illuminati Ploy', the Volker Fund was responsible for bringing Austrian Economics to the United States. It created the Libertarian/Austrian Economics movement out of nothing. It was not just the money, but also their strategy: the spawning of myriad 'independent' Libertarian organizations. This is the same strategy employed by their dialectical evil twin, Communism.

For example, the Volker Fund birthed the Institute of Humane Studies, National Book Foundation, Foundation for Economic Education and the Intercollegiate Studies institute.

These organizations themselves continued on this path. According to John Blundell, Atlas' president (1987 to 1990) the mission is, "to litter the world with free-market think-tanks". It claims to network 400 think tanks furthering Libertarian causes worldwide.

Atlas Foundation was created by Antony Fisher, who had already founded the previously mentioned Institute of Economic Affairs in London, but also the influential Fraser Institute, Manhattan Institute and the Pacific Research Institute.

Youth is not forgotten. There are the Students for Liberty, The Intercollegiate Studies Institute, Young Americans for Liberty etc. Helpful documents are on-line to help ambitious young students found their own independent Libertarian organizations on campus. The Atlas Foundation will typically give them $10,000 to start up.

Most of these organizations protect the privacy of their sponsors. This does not suggest broad base grassroots funding. They obtain about 40% from well endowed foundations, 30 percent from wealthy individuals, 20 percent from corporations and 10% others. Most are not too enthusiastic about Government funding. However, many of them are state sanctioned, tax exempt foundations.

As said, it is difficult to list many organizational budgets, but some data is available. Cato Institute's income over 2008, for instance, was $24 million.

The Ludwig von Mises Institute owned $17,700,000 in assets in 2007. Including more than four million in US Treasuries, by the way.

Competitive Enterprise Institute had revenues of $3.7 million in 2007. It paid its board members   $208,935, $132,152 and $104,974 respectively. So it's clearly not just ideological fervor that drives these people. They are buying adherents just like they bought Hitler's Brownshirts -- for beer and a bratwurst.

They're the usual suspects. Cato for instance, receives money from Wal-Mart, ExxonMobil, Microsoft, Time Warner and many others.

The Koch Brother really are the linch pin between the Volker Fund and the modern age. A hotbed of their agitation is George Mason University, with the Mercatus center hosting no less than 40 other libertarian organizations.

The Earhart Foundation, with total assets of $62 million in 2008 also comes to mind, as does the John Templeton Foundation, giving away $70 million per year, millions of which going to Libertarian causes.

But there are also the well known billionaires, like Peter Thiel giving Paul $900,000, but recently also $1.25 million for Libertarian Islands in international waters.

All in all hundreds of millions are poured into Libertarianism and Austrian Economics every year.

These activities manipulate the discourse and spread flawed ideology. This is a clear mind control operation in the best tradition of the Money Power.

These fronts suggest a 'grassroots movement' when they are instigated and funded by many extremely wealthy individuals and organizations.

Of course, the same case can be made about the Left, including the ultra left. Georges Soros comes to mind. It is the Cabalist dialectic.

Look behind the window display, and we see the smarmy Illuminati banker.

Libertarianism and Austrianism co opt opposition to the current monetary system and deflect attention from the real opposition and the real solution.

It deflects attention from the American populist , and the American Dream of true freedom from the oppression by the European Banking Houses. Americans went to war to end taxation in Gold and the destruction of their own paper based currencies.

That's why the subversion of the Truth Movement by Austrian Economics as the program for monetary reform is so worrying.

Austrian Economics was willfully invented, or at any rate made important, to obscure the truth about money. It is there to lead the people awakening from the Fractional Reserve Banking hoax into a blind alley, by saying the problem will be solved by full reserve Gold Banking.

And that's why all these billions that have been invested over the years in Libertarianism and Austrian Economics deliver such a wonderful return for the Money Power today.

--Note on The Daily Bell web site, an example of these popular "front" style groups, one that has vociferously challenged Migchel's work.

The Daily Bell is founded by Anthony Wile.

"Anthony Wile was born in Bridgewater, Nova Scotia, Canada, in 1968. Wile graduated from Saint Mary's University (SMU) with a degree in business in 1991. Wile worked in the Canadian investment industry with Scotia McLeod (Bank of Nova Scotia) and Nesbitt Burns (Bank of Montreal). In 1994 Anthony Wile was made a Fellow of the Canadian Securities Institute, which is a designation awarded to financial services professionals who attain advanced education and experience in the Canadian securities industry. Following his career in the mainstream Canadian securities industry, Wile co-founded a Bahamian-based offshore brokerage firm specializing in private asset management. The firm launched several funds, including a venture capital fund of which Wile was the manager. The firm was sold in 1999."

The Daily Bell works from outside the USA, precluding Freedom of Information requests.

They have four 'elves' which claim 100 years of experience with Austrian Economics among them. Ie: they have four men at the height of their powers churning out Staff Reports every day.

Does this sound like the kind of financing I am writing about?

Is The Daily Bell a well funded banker front? Do ducks quack?

Recapping how Libertarianism and Austrian Economics help the bankers:
Libertarianism's main fault: Blaming the State while ignoring the Money Power
Gary North's Bluff: the Lie he's been sitting on for 50 years
Why Gold is so Strongly Deflationary

Comments for "How the Illuminati $pawn Libertarians "

â€œAmong its many failings this one stands out: Libertarianism and Austrian Economics blame the State for everything, while ignoring the Money Power. By attacking Government, it covers the Money Powerâ€™s back to dominate the market through Monopoly Capitalism.

This is not a true statement because there is no Money Power. There is a only a Government-violence enforced Money Power.

Who do you think raided the currency competition started by Bernard von NotHaus called the Liberty Dollar? Do you think it was a team of ten Mises Institute and Amish Mennonites and Libertarian intellectuals with guns? The Liberty Dollar Company was raided by about ten agents of The State (â€œThe Governmentâ€) specifically the Federal Bureau of Investigation and the Secret Service.

The Money Problem is not about materials used (Gold or something else) or profit (â€œinterestâ€). The bedrock foundational issue is the existence and use of violence by The State to enforced a monopoly (hoarding an industry by a small group of people.)