Young Have Been Turned into Zombies 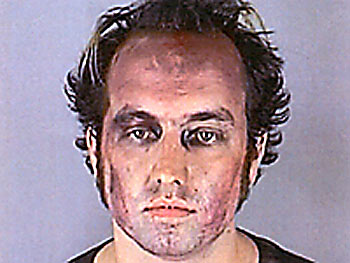 "Please don't take our apathy and detachment personally. We have no awareness of who we really are. Without the constant feed of electronic devices, our minds are like television static. "

(David is a 22-year-old UK citizen who is teaching English in Northern China. His first contribution was "Porn-Watching Bruised Drugged Prostitutes.")

I am wide-awake at 2 a.m. I'm watching the Wikileaks video of American soldiers gunning down Iraqi civilians for kicks on a loop, but the reality of the footage won't compute.

I can't feel shocked. Eventually I give up and collapse into an uneasy sleep, disgusted with myself. If I'm not outraged, then I must be sympathetic with it on a primitive level.

My generation's notion of what is real and unreal has become blurred. The video is little more than an unsatisfactory piece of entertainment, inferior in brutality and detail to computer games and films.

This mindset is the product of our media-saturated lifestyle. We grew up isolated in our bedrooms and were formed by entertainment machines that allowed us to disappear into a black hole. Even on the move, we can stick headphones in our ears to deafen thought. Our daily life is a seamless blend of the mundane and fantasy that becomes surrealistic.

We are amusement junkies. We are like the smoker with his cough or the fast food addict with his mammoth waistline. Stunted and simplistic speech is the sign of our sickness.

We have devoted little time to our intellectual development through reflection, reading and debate. Our mind is weak and disorientated, a tumbler drier of media, impulses and implanted desires.

Seduced into being intellectual cripples, we can barely express anything more than impulses; we can't talk, we TWITTER. 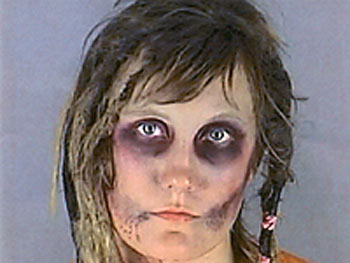 The result is a strange zombie-like creature that is incapable of intimacy with others. Please don't take our apathy and detachment personally. We have no awareness of who we really are. Without the constant feed of electronic devices, our minds are like television static.

We feel no urgency to develop intelligence because there is no outlet for it. What is the point of reading and formulating your own ideas if those around you want nothing but novelty and cheap thrills?  I felt I was playing with fire by reading and writing.

I would fight to reach out to my friends. Their superficial exterior consisted of mimicked bits and pieces from entertainment. Who were they really? The problem was that they didn't know either. We never did find out. The effect of blasting your senses with amusement all day long is the dissolution of the self.

Entertainment culture was reflected in the perfect dominance of group mentality in my school. The 'alternative' groups were always the most conformist. Goths in my town expressed their resistance to the dominant culture by hanging out with other identically dressed Goths.

I remember a story of a teenage girl who started taking Prozac to cure her depression. Upon taking the drug she seemed much improved to those close to her, until one evening she was watching television with her parents and without warning walked into the garage and hung herself. All the drug did was numb her mind as her inner turmoil continued to escalate, and overdosing on amusement has the same effect.

I can see this in the drinking culture of Britain. We have a desperate need to intoxicate ourselves to function in social situations. From my early teens we would gather at night and drink intent to make ourselves sick. We did it to purge ourselves of the pain we felt.

When you are lost in media, you become alienated from your own perceptions and experiences, and in consequence the pain you suffer is terribly abstract. I remember reading Boxing autobiographies as a teen and feeling jealous of the men who had fought their way out of poverty-stricken backgrounds. They could at least see an enemy and had the opportunity to channel their desire for success in a constructive way.

Our vague and surrealistic consciousness leads to the feeling that there is some alien force attacking us from somewhere, but it is invisible and indefinable, and it seems to go away when we turn on the machines.

Comments for "Young Have Been Turned into Zombies"

This is just a note to say that the article by David Richards was really great, thanks. I mean ofcourse, not that it was an intelligent and insightfully written article. But rather that it is an article that really reveals and defines the kind of low self-concepts and indifference to criminality that are being created in so many young people today, by the hidden masters of social destruction and human denigration.

I am more than pleased to be able to add this article to my collection of significant literary revelations regarding what life was like before everything was changed by the third world war. All the articles I save will out live me, and hopefully they will become significant educational material for the people who will be living in the world after the eventual demise of the illuminati satanists who are responsible for the senseless annihilation which is only just getting started on planet Earth. It is very unfortunate that most people are thoroughly deceived into believing that we have had all these world wars simply because; "that's just the way we are" .

Mr. Richards, who wrote about media zombies has a point, but it is a
very sad point.

What is missing here is faith. When a person has faith, and yes, I am
talking about God and Jesus, then they know who they are. There are no
questions about it.

I enjoy your website; lots of food for thought.