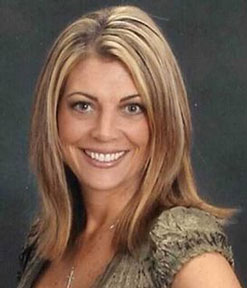 MAKOW COMMENT -  THEY USE LUST TO DEGRADE & MANIPULATE US
Pornography contributes to our collective satanic possession, rendering us impotent to form permanent bonds and defend our freedom. The article below reveals that there is nothing glamorous about being a "porn star." They're abused women.
I never went in for the hard-core stuff, mainly frequenting a clean site, just nudes. My reasoning was that denying my lust would just magnify it. Looking at them demystified them. I wasn't that aroused, not missing anything. This worked by-and-large.
As I got older, I gradually lost interest.
When I was younger, these girls were goddesses. 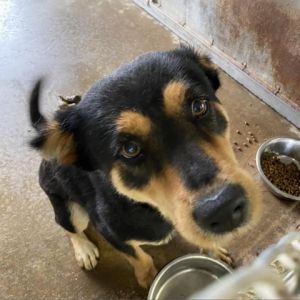 Using Shelley's research, I present this article with the hope that it will act as a wake up call to men addicted to self-pleasure by sadistically watching brutalized  prostitutes at work.

Shelley said: 'Many actresses admit they've experienced sexual abuse, physical abuse, verbal abuse and neglect by parents. Some were raped by relatives and molested by neighbors. When we were little girls, we wanted to play with dollies and be mummies, not have big scary men get on top of us. So we were taught at a young age that sex made us valuable.'

Shelley continues: 'The same horrible violations we experienced then, we relive through as we perform our tricks for you in front of the camera. And we hate every minute of it.'

'I went through more heartbreak and became suicidal. I was taken to the hospital for panic attacks. I tried to overdose on xanax, strangle myself, and cut my wrists but not nearly deep enough. I was too scared of the pain. I prayed God would just take me away! I felt helpless. I even went to church for a few months but the guilt I felt was overwhelming that I would feel as if I were choking when I was at church. I had to choose and once again I chose to continue sinning. It was easier and I needed the money.'


A girl's first time on camera can be horrific. She is disorientated under the bright lights and the sex is shockingly violent. The experience is more akin to an abusive alien abduction than a pleasurable sexual one. This is how Genevieve described her first scene:

'It was one of the worst experiences of my life. It was very scary. It was a very rough scene. My agent didn't let me know ahead of time... I did it and I was crying and they didn't stop. It was really violent. He was hitting me. It hurt. It scared me more than anything. They wouldn't stop. They just kept rolling.'

Her horror was in sharp contrast to the indifference of the crew.

'I had bodily fluids all over my face that had to stay on my face for ten minutes. The abuse and degradation was rough. I sweated and was in deep pain. On top of the horrifying experience, my whole body ached, and I was irritable the whole day. The director didn't really care how I felt; he only wanted to finish the video.'

Whatever artifice of control the girl had is now removed and Lubben has described what is left as 'traumatised little girls living on anti-depressants, drugs and alcohol acting out our pain in front of YOU who continue to abuse us.'

Perhaps there should be a disclaimer at the bottom of the screen noting what drugs the performers are on: Gary is on Viagra and coke. Candy drank half a bottle of Jack Daniels and then smoked some crack. Enjoy the film.

However it is a void that cannot be filled, and as the drug abuse spirals more and more out of control their lives get dangerous. Brat said: 'I became horribly addicted to heroin and crack. I overdosed at least three times, had tricks pull knives on me, have been beaten half to death -  the only reason I am still here is God.'

Ask a young guy when he last saw a drug addict; chances are he pleasured himself while looking at one that very morning.

Most performers develop some form of incurable sexual disease during their career and some are killers; AIDS is still loose in the industry. Every time a performer steps in front of the camera they are playing Russian roulette with their lives.

It has become the norm for young men to grow up watching videos of trafficked women being abused. It is legitimized by the silence of the media, education system and religious groups, who rarely denounce it.

Shelley was that girl on screen. It nearly killed her. What saved her was spiritual elevation to a state where she could make judgments on good and evil. When she awoke to see demons running amok in the sex industry, she finally had the strength to leave it.

Her example tells us to reclaim the difference between right and wrong and start imposing it on our amoral culture.

After thinking about this subject for many years, I believe that men and women cannot properly bond if they have had other sexual encounters. If I had it to do all over, I would tell any prospective wife or girlfriend that I donâ€™t want to have sex until we are married.

Iâ€™m now single and 74 but I go out a date occasionally. Itâ€™s not even fun anymore and the moral value of the women is awful. I had one woman told me: â€œI love gay men.â€ I responded: â€œIâ€™m a homophobe.â€
Iâ€™ve gone out with feminists, women who have been previously married, and I have to say that the whole society is a moral disaster. There is little to no ability for the men and women to bond emotionally. Without that bond, the relationship is basically pointless.

Mankind is in a deep moral collapse.

Read up on Collen Marie Applegate.

The movie was Shattered Innocents 1988

She did commit suicide.

They are dead wrong about HIV. It does not cause AIDS, and never did. HIV itself cannot even be contracted under any circumstance. I dont have the time to break this down for anyone so I will provide you with hours of research to do.

The product needed to win against addiction is this
http://www.majesticearth-minerals.com/mm5/merchant.mvc?Screen=PROD&Store_Code=MEM∏_Code=13203&Category_Code=LS

Here is some background on the disease of addiction (known as PICA in animals)
http://www.youtube.com/watch?v=-haS5T7n5o8

I thought this is very well written and extremely important.

Our entire culture is based on abuse, violence, and exploitation of every kind. Exactly as the Jewish elites wish, and the Orthodox Jews as well.

When i was in Israel, we were taught that non Jews are essentially animals about whom the laws against cruelty to animals do not apply. i also was told that the ultra orthodox chassidic groups such as satmar operate many lucrative brothels in nyc. In Christ,

This article is eye opening.

I read your latest article with immense interest. Shelley Lubben is an amazing, brave and very spiritual woman, who has had the vision and courage to show the Satanic Evil of the 'Pornography Industry'.

It is trully completely evil and the Luciferian Agenda of the NWO was and always has been to destroy the family, marriage and to effeminize, fragment and pollute the minds of young people. Pornography is the Devils Work and is 'sexual witchcraft' observed by the addicted viewer.

What an absolutely kick ass article ! I have forwarded this one off to dozens of people who I think, may be in a position, to be part of the solution - not the problem.

Richard, who wrote this ....I'm humbled and speechless. Hats off to him.

Your Genius and the brilliance of your writers is a god-send.

* Attached to this email is something I thought might resonate with you. Mr. Jay Weidner at the 2012 Conference on You Tube. This is so cool, because, it's becoming more obvious daily, that millions around the world are.....whew......FINALLY ...waking up to the mass paradigm shift in evolutionary consciouness taking place.

I think that its great that you have done your utmost to wake people up. However, I am also beginning to see solid evidence, that, so many people are now getting it, that the message in which they need more of, is how to function off the mainstream grid of society. Your Message ( and others around the world ) is proving more effective than your wildest dreams.