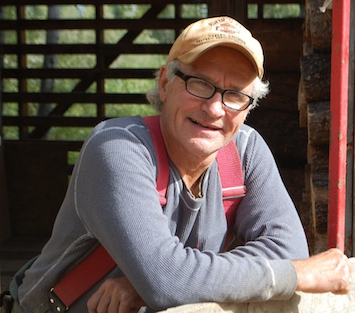 If Arthur Topham's experience is an indication, Organized Jewry need only file a complaint and their critics will be arrested, their homes searched,  computers seized and their freedoms severely restricted. All this without so much as a charge, let alone a trial. If this isn't grounds for a law suit against the Bnai Brith and RCMP, I don't know what is.
The Illuminati bankers are enslaving humanity by destroying nation, race, religion and family (gender.) They are using Organized Jewry as one of many instruments.  Anyone raising a voice in protest is harassed by duplicitous and disingenuous cries of "hate". If you are not outraged at Topham's treatment, you have accepted servitude.
Arthur Topham's Radical Press Website frozen in May 2012
[Disclaimer: I have not read and cannot endorse everything Topham has written, only his right to speak his mind.]
by Carl Morgan
(henrymakow.com)
In Canada, Zionist Jews, acting at the behest of the B'nai Brith International (a secret Jews-only masonic order formed by Rothschild agents ), had the Royal Canadian Mounted Police (RCMP) arrest Arthur Topham  in May, 2012. The charge that was committing a "hate" crime.
As a result of a "hate crime" complaint,  laid by B'nai B'rith operatives  Richard Warman and Harry Abrams , Topham was put in jail and his home  invaded by the "BC Hate Crime Team."  His computers and electronic files were stolen by the "Hate Crime Team" led by Det. Cst. Terry Wilson and  Cst. Normandie Levas.
Topham was never formally charged. Nevertheless, Wilson arbitrarily imposed severe restrictions on Topham before releasing him after 12 hours in a cell. He was ordered not to go on the internet or email anyone other than those few individuals who he was working with in a private business venture.
Foremost was the order not to post any more articles on the web. The reason for this? According to the police, this was to stop him from committing further offences.
In other words, he was already guilty of  the alleged "crime" and so was prohibited from committing more offenses!
But the real reason was to keep him quiet while the police were busy going through all of his private communications with associates from around the world. He had thousands of letters stored in his machine that the police were desperate to get a hold of and snoop into. So desperate in fact that they were willing to obtain an illegal search warrant from a Judge based upon erroneous evidence in order to justify their actions. 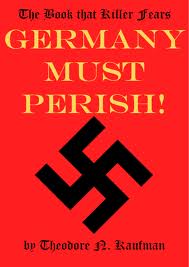 An example of this erroneous evidence was a booklet "Israel Must Perish" which appeared on Topham's site. Det. Cst. Wilson cited it as an example of Topham's "hate" when in fact it was a 1941 book, "Germany Must Perish" by a Jewish author. Topham had merely inserted "Israel" where "Germany" appeared.
Eventually Topham's lawyer Doug Christie was able to have the conditions of his Undertaking altered so that now he can send emails to friends and associates but he is still not allowed to write articles and post them anywhere on the web.
To date, one hundred and fifty-five days after his arrest, he has not been charged formally with an offence. Yet the police and the state have effectively silenced him and prohibited him from publishing anything at all.
Free speech: only in Canada you say? NOT BY A LONG SHOT!
TOPHAM LEGAL DEFENSE FUND -- DEFEND FREEDOM - SUE THE BASTARDS!
Arthur Topham
4633 Barkerville Hwy
Quesnel, B.C. Canada
V2J 6T8
To donate via PayPal please go to the following website www.quesnelcariboosentinel.com and click on the PayPal button on the top right corner of the home page.
Reach Arthur at  [email protected]
---
Related-
One has only to read the Talmud to discover the real source of hatred & perversity.
Makow comment: This breech of civil rights is an example of what happens when the Bnai Brith instructs police forces on "racism" and "hate," a practice that must stop immediately.

Comments for "Arthur Topham: Is Canada a DeFacto Police State? "

The really sad thing about Canada is that the Canadians will put up
with any amount of this kind of nonsense because they basically just
want to be left alone. something in their collective psyche means that they will always be gutless towards tyranny like its in their dna
maybe thats why they moved to Canada in the first place and now they can do no other then continue with their heads in the sands like a peculiarity of the subspecies.

Your latest article on Arthur Topham reminds me of how much a Police State, the UK has become. Only recently, five Muslim men had their appeals rejected for preventing their extradition to the US for terrorism offenses. They could not be tried in the UK courts, because there was no evidence to convict them on!!! So the Police concocted 'secret evidence' against them and sent it to the FBI-and that was that!!! One of the Muslim men, Babar Ahmad, was kept in jail for 8 years without being charged at all; the courts openly admitted they had no evidence against him yet refused to try him at home for fear of exposing their monstrous crimes and his complete innocence. These were basically Muslim men with a conscience, and like Arthur have paid a massive price for standing up to the illuminati devils. There is an adage amongst the Muslim communities here..'innocent until proven Muslim'.

Seems like we have a large number of emotionally disturbed foxes guarding the chicken coup. Precisely the type of pathologies that give rise to the self-preserving machinations of a fascist state.