"The Royal Arch" Sociopaths Who Rule Britain (Part One) 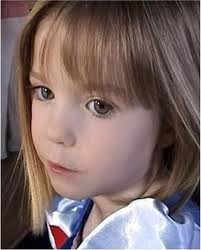 (Thousands of children like Madeleine McCann, left, are abducted
every year for purposes of Illuminati pedophilia and mind control.)
The link between pedophilia, torture and disassociation
is the explained reason why The Royal Arch
is interested in pedophilia. The Royal Arch is a Masonic
order. It is the Illuminati.
Contrary to the popular image, many MI-6 agents like James Bond start as trauma- brainwashed child sex slaves. "Red Ox" was one.
by Red Ox
(henrymakow.com)
Britain is ruled by disassociative sociopaths in a cult that calls itself "The Royal Arch". There is a ruling politburo of "Guardians", consisting of persons selected by existing members. To be a guardian, one is trained from early childhood for the role in the usual manner - electroshock and sexual abuse. 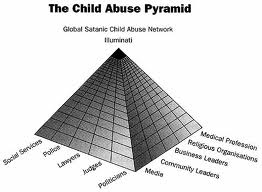 This Royal Arch cult gets worse and worse! It truly is a set of mentally ill people programmed to program others to perpetuate it.
Who is invited to join the "diabolic cult"? The sexually abused and electroshocked offspring of ruling families, plus people considered "supermen" (e.g Fred Goodwin chief (2001-2009) of Royal Bank Scotland somewhat ironically!).
To show loyalty, one must participate in group child sex acts, with MI6 security. Initially some people think they won't be joining in, but as [son of fmr. Brit Foreign Sec] Thomas Hurd (MI6/Royal Arch) tells me "they might think they're not but that doesn't happen. We like everyone to join in".
This abducting of children is so commonplace, that the term "privates" (non group paedophilia) is banded about for the person who finds the victim and/or for very rich/elite members, e.g the billionaire Sir Phil Green. 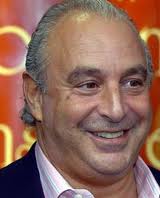 Green has been programmed as a paedophile who will do/offer anything to get it (but MI6 provide all he wants for as they programmed him).
The link between sexual abuse and disassociation is the explained reason why The Royal Arch is interested in paedophilia. However they prefer the term "important government work". Children are regularly abducted in the UK (tens, if not hundreds of thousands per year), and many go through this process.
All of your pop superstars like Jessica Simpson and Miley Cyrus have had this treatment. Sometimes this is with their family consent, or even agreement in exchange for riches.
Participants in the UK are dressed in yellow fisherman's outfits and placed on a virtual 'X', are said to "have the X Factor". [See explanation below] 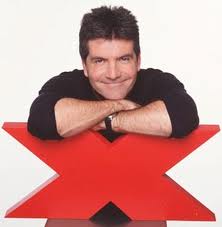 Comments for ""The Royal Arch" Sociopaths Who Rule Britain (Part One)"

You have gone to the heart of the matter and has deciphered the mechanism Masonic games.

But worst of these games involving the suicide of people who love it just as the elites and people dying.

We are at a point where all values â€‹â€‹have lost their value and, worse, its flavor.

After discovering the games, the problem is that there is nothing to replace them, as they fill the minds of the people to the exclusion of everything else.

Religion, which should be the savior, is involved and infected by the same game.

I understand better than ever to St. Augustine when he said that sex has to do with the devil. When is misdirected de-contextualized and has the power to create prisioneres Hades. People become imbued with the same lattice psyche.

I think games can only be neutralized and overcome if people believe again in wisdom and in its intrinsic value as human beings. That is what is missing.

Otherwise. I think the games have not invented hell elites. They also suffer and are infused with them. Its origin is another. The elites are in charge of promoting the games to profit from people's suicide.

Congratulations on your contributors.

The story about kitten Corinne Sawers telling Ox that "Daddy is in charge of Britain for the Rothschilds", triggered a memory of mine of Mary Ann Faithful - the rock singer who was involved with Mick Jagger in the mid 1960's. She revealed in her latest autobiography after all these years the shocker that her Mummy and Daddy were top drawer MI6 spies.

Her "mother was aViennese baroness, a descendant of Leopold Baron von Sacher-Masoch, author of themasochistic classic "Venus in Furs." On the Faithfull side, her father was a British spy whose own father had invented a sexual device called the Frigidity Machine."

See here the robotic performance of Mary Ann on TV in 1965 http://www.youtube.com/watch?v=FhPPJ5dolxU

Mary Ann Faithful's father was actually responsible for interrogating (or de-briefing) none other than Heinrich Himmler when he as captured (or turned himself in) in 1945. I heard her tell this story on the radio recently. He told her that Himmler swallowed a cyanide capsule before he could interrogate him.
David Irving proposed in 1999 that Himmler was fed a cyanide poisoned sandwich by MI6 to prevent him from speaking at the Nuremberg trials.

"She got her hands on the weapon because it was given to her dad as a token of thanks for his time as the UKâ€™s special representative in Baghdad, following the 2003 invasion."

Prior to yesterday I was not sure what to think of information like the above. However after spending a little time investigating the likes of Jimmy Savile I came across this mostly unseen and certainly infuriating video documentary.
Viewer discretion is positively recommended, and it may not be suitable for children. This information does need to get out though immediately. It relates to the Red Ox material directly.

Thank you Henry for giving this topic a forum.