A Native American's View of Manhood 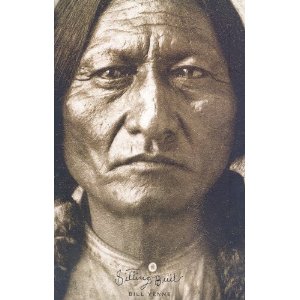 "Lose the idea that you must learn to think like a woman...you do not."

I was compelled to reply to the recent article entitled "Where have all the good men gone?" because for the past few months, I have been asking myself the same question.

I am a man of the tribes of First Peoples (Native American) living on the border between Canada and the US. I work with broken families and focus on guidance and healing for the children. I have been married for 21-years and have a son and daughter.

In all my travels, I have realized one thing: Men are no longer 'real men' in the sense that they "no longer walk 'Upright'.

Most men I meet are weak, spineless 'pussy whipped' girlie men or 'men' who walk around being 'loud and thrusting their chests.

Upright men do not 'whine his feelings' when being corrected for distortions in his thinking or actions.  He says; "Yes maybe you are right, I will be more aware in the future".

A man understands that the measure of a good lover is not how many women he makes love to, but how well he makes love with 'The One Woman'.

A man does not always need to thrust his chest and posture, in order to maintain his ego. A real man is content in his self knowing.

A man knows that the Creator gave us two ears and one mouth for a reason.  That being, so men and women will listen to each other, twice as much as we speak.

A man will always walk 'upright', in the eyes of his woman and children if he is taught to respect their right to a happy life, as much as his own.

A man does not rely on other men, and their propaganda, to define who he is.

A man is self sufficient, and does not need to rely on the handouts of his 'masters', in order for his family to survive; and he contributes to his community.

A man will take an afternoon off work to be with his kids, and teach them to be as 'upright men', even if they are girls. period.

Upright men must be agile and fast of foot; to defend his family in times of trouble, and to do his daily dance.

These are just a few examples, but i think you get the thrust of it.

It is about balance I believe. The media has so twisted this western society that men believe woman will like them if they are cruel (woman like bad boys - those stupid bitches get what they asked for) or rich (often, the same thing).

And men are taught to pursue woman who are loose with their gifts (whoring is good - dumb bastards get what they deserve; right Tiger?).

This is the 'truth' of what the media teaches, from where i sit.  In our remote northern communities, we had no 'cable TV' until the early 1990's.  Within one year of introducing this crap into our communities child suicide rates trippled and crime rose dramatically.

So some communities have now begun 'monitoring' what is broadcast and now block web content, for the benefit of our families. These children saw those fancy cars , beautiful men and woman, riches beyond compare and then compared that to the reality of their existence, and became confused or 'lost'. We are still working to find some of them.

Maybe all 'men' in the West need to do the same.

Lose the idea that you must learn to think like a woman...you do not.  Start to think like an 'Upright' man who 'honors' both feminine and masculine, and works to balance those gifts within himself first, and through empathy.

Teach the boys to respect themselves and others, as they wish to be respected; and so they and you, will be. Teach boys to listen and learn, before speaking, and teach them how to fish and hunt for crying out loud.

As opposed to teaching them to go shopping, or teaching them that men 'do' wear dresses (most do not, except on tv). Teach your son's and daughters to effectively 'defend' against 'bullies'; then say "so what"  if they get expelled from school for defending themselves. They have gained 'so much more' from you; and the 'bullies' are presented with an opportunity for positive change, as well.

Teach girls that they carry many gifts given to them by the Creator, and that these gifts need to be respected; that through the healthy maintenance of these gifts, they are as powerful as the strongest man on earth. I will comment on feminism only so much as to say that this 'concept' (like any other thing in this world), when taken to an 'extreme', only serves to create imbalances in our 'circles' of self, partner, family and community. Such is the nature of taking anything to an extreme i suppose; the male dominated worlds of business and politics are good examples of this idea, and most relevant today.

Now some may say that honor, empathy and humility are just different words for 'weakness'.  We say, the belief systems behind these words have allowed our peoples' to survive genocide, and now we are 'so strong in spirit' that many fear our truths'.  I am not saying, 'return to the old ways'. I am suggesting that, "surely, there must be a middle ground".  Like the truth about 'all' men these days.

In these days of the 'world turning over' what will you do?, you men!  When the going gets tough, will you run to find a nipple suckle?, or will you once and for all...stand up.

Be well brothers and sisters. To any i may have offended and who might point fingers; i would say "remember, when you point at others, there are three fingers pointing right back at you". (try it :) I did so, before writing this.

If i offended any in the telling of these 'truths'', so be it.

"You are the leader, you have been waiting for" - Hopi

Comments for "A Native American's View of Manhood"

Thank you brother, you said what needs to be said in the most eloquent and direct way. No white male is capable of saying things like this, and if he is, why doesn't he?

You see from your own account of observations in your community that white man has perfidious weapons which weaken from within, by stealth, in time. All we need is someone to point it out to do something against this cancer, and again, we have natural cures available. People still expect from this shitbox TV what they think is truth, beauty and love. Careful, these soon-to-be tarred and feathered shlockmasters of slavery know that half of the pop has mushy brains, just like Alec Baldwin said in the commercial for Hulu (or Hooloo, or HooTube, I can't remember). and what is left, and waking up, will be kept in check, surveilled, shipped off to camps already standing. Or so they think it will go.

Nevertheless, I have always thought that in the end, the crap grenade that they, the "Elite" (a brand name of toilet paper), have been diligently designing and perfecting, will blow up right in their face. With the accompanying hilarious effect that YOU CAN NEVER RETURN FROM RIDICULE.

It is obvious why the elite have made every effort to wipe out natives and indigenous cultures (not only in the West, but all over the planet).

These "primitive" cultures honor the past because it allows them to stay strong (independent) in the present. They have a history and traditions that acknowledge that there is a spiritual world as important as the physical realm.

The elite, to further their agenda to create a one world culture in preparation for a one-world government, need to eliminate ancient wisdom and truth and supplant it with empty materialism (while they conceal and retain the ancient wisdom for their own purposes).

Yet while the elite strive to destroy religion and spirituality and promote science and consumerism for the masses, they themselves use the spiritual side of nature for evil ends. Keeping the masses in the dark, and ignorant of the spiritual reality of life, they alone have access to the fundamental truths of existence (as perverted in Freemasonic rituals).

As fallen men (driven by diabolical intellect rather than obedience to God), they use these spiritual realities to orchestrate war and chaos for their own material benefit, while believing they have every right to do this based on their "superior" blood-lines.