On the Elimination of Natural Leaders: JFK Jr. 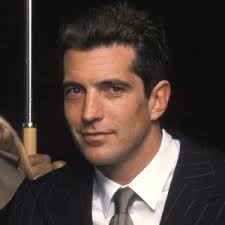 "The one thing the conspirators did not want to happen was for civilians to discover the plane and the evidence of the explosion."
by L.C. Vincent
(henrymakow.com)
The story  of the "elimination" of John F. Kennedy Jr. was laid out in an outstanding publication entitled Media Bypass (before taken over and subverted by the CIA, much as they did to Popular Science) .
According to their research, there was a meeting in Bill Clinton's Oval Office.  In attendance were Bill and Hillary, George H. W. Bush, and the head of the FBI, along with an unnamed agent of the Mossad.  The meeting was held to discuss and decide the best way to eliminate John F. Kennedy Jr.  All of the participants had their "reasons."
This unfortunate meeting was occasioned because JFK Jr.,  had carelessly told a few close associates that he intended to run for the Senate from New York, and then for the Presidency.
To compound this threat, he also let slip that once elected President, he would re-open the investigation into his father's assassination.  You can imagine how well all this went over with these occupants of the Oval Office. 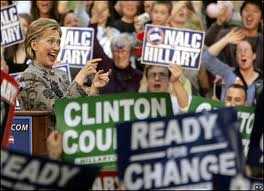 Hillary planned to run for the Senate as a stepping-stone to the Presidency.
There would be no way Hillary would win the Democratic nomination let alone the actual Senate race, and she could kiss her presidential aspirations  goodbye if JFK Jr. ran for the New York Senate race.
George H.W. Bush, of course, had zero desire to see the JFK assassination re-opened, since he was in Dallas on that day (the very day which he incredibly stated, when asked where he was on the day of JFK's assassination, that he couldn't remember -- probably the only person in the world who could not remember where they were that day!) as well as the night before, along with President Johnson, where they dined at the estate of Texas oil tycoon Cliff Murchison, adding the finishing touches to the assassination plot.
MOSSAD ROLE
The Mossad, of course, had no desire to see another Kennedy, especially JFK's son, occupying the Oval Office because they supported the Kennedy assassination for JFK's refusal to allow Israel to go nuclear, and for his limited issuance of silver certificates instead of debt based currency.
The plot was simple:  an atmospheric bomb was planted in the tail of JFK Jr.'s airplane, which would blow up after descending past a certain height.
By a simple calculation of the landing flight path to Martha's Vineyard, the Mossad knew at what altitude to have the bomb explode, depositing the plane in shallow water for immediate retrieval.
Immediate retrieval, of course, was absolutely essential.  The one thing the conspirators did not want to happen was for civilians to discover the plane and the evidence of the explosion.
The proof of this explosion was shown on the front page of the San Francisco Chronicle (when I lived there) in a large black and white photograph of the U.S. NAVY retrieving JFK Jr.'s  airplane from the waters off Martha's Vineyard.  The most interesting aspect was the very large canvas tarp draped across the tail of the plane.  Now just why would the U.S. Navy do such a thing? To hide evidence of the explosion, of course.
One other anomaly.  JFK Jr. was a civilian at this time, not a public officer.    For what reason was a U.S. Naval vessel tasked with the retrieval of JFK Jr.'s crashed airplane?   The reason, of course, was that with the Navy on the scene, they could proceed with the cover-up.  If civilian rescue craft had been allowed to retrieve JFK Jr.'s plane off of Martha's Vineyard, they wouldn't have bothered with such niceties as covering up the tail of JFK Jr.'s aircraft.
Adding to this certainty is the fact that civilian rescue craft were on the scene well before the Navy arrived, but were sternly told to stay back while the Navy performed the cover-up.
On the same front page, the general public was treated to the usual psy-op disinformation campaign we have now come to expect from our Illuminati  rulers.
MEDIA COVER-UP; INTIMIDATION OF WITNESSES
The public was "informed" that JFK Jr. was a careless, slipshod, hot-shot, showboating pilot, who nearly always flew his plane outside of its normal  parameters. We were told he constantly took reckless chances, that he wasn't instrument certified, and that his plane crash was due to his ineptness as a pilot. 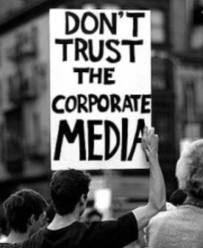 Adding to this, we were also informed by the lap-dog media that the weather had been terrible that night, contributing to low visibility, which probably confused JFK Jr.   His incompetence as a pilot, along with the bad weather, doomed his flight.
Many months later, the actual truth began to filter out, but only to those who cared enough to do the research.  Not only was JFK Jr. a very experienced and accomplished pilot, but his flight instructor, the man who taught him how to fly, insisted he was exceptionally careful and thorough.  He also stated that JFK Jr. was also fully accredited to fly by instruments.   Moreover, the weather that evening had been clear, with high visibility.
Unfortunately for the plotters, there were also numerous eye witnesses who saw JFK Jr.'s plane fall like a stone falling out of the sky, which is exactly what happens when you lose the control of an aircraft's tail assembly.
All of these 'eye witnesses' were repeatedly interviewed by the FBI and persuaded to change their story.   The eye witnesses who had reported both seeing and hearing an explosion just before seeing JFK Jr.'s plane dive into the ocean, were very heavily "persuaded."
This is how the Illuminati take care of problematic people.  Airplane assassination, high in the sky and out of direct line-of-sight by the general public is definitely one of their favorite methods, and they obviously do not care how many people die to take out their target.
After all, those extraneous people are all just "collateral damage" -- just as all of us are considered in the Illuminati scheme of manufactured 'consensus' reality.
--
Related -   Was  Aaron Swartz Murdered?
-----------    The JFKJr. Murder in More Detail

Comments for "On the Elimination of Natural Leaders: JFK Jr."

....most Americans....well, a great many Americans...have no real idea how very corrupt their government currently is...or has been over the course of their baby-booming lives...it is either easier to ignore the corruption....or beneficial to participate in it...so many folks act like it doesn't exist...and that your government is full of Dudley-Do-Rights...what idiots.....I was employed by US DoD for over two decades...and worked as a "Federally Protected Whistle-Blower"...for over twenty years (what-a-joke)..all over the world....and please, let me tell you...the corruption is so prevalent, so woven into the fabric of your bloated, corrupt government.....it is going to spin apart very soon....very sad....of course they needed to get rid of JFK Jr......they cannot afford to let a leader with integrity obtain power...very, very...sad...the cowards of the last forty years in our compromised government...

The first radio report I heard after the accident/assassination said that JFK Jr had a co-pilot. The reporting on the co-pilot was dropped in subsequent news reports.


Mr. Vincent says :
"The Mossad, of course, had no desire to see another Kennedy, especially JFK's son, occupying the Oval Office because they supported the Kennedy assassination for JFK's refusal to allow Israel to go nuclear, and for his limited issuance of silver certificates instead of debt based currency."

It is my understanding that there were three different currencies in circulation in 1963, Silver Certificates, Federal Reserve Notes and United States Notes. JFK issued the United States Notes which were debt free currency. Here is a reference : http://theeconomiccollapseblog.com/archives/debt-free-united-states-notes-were-once-issued-under-jfk-and-the-u-s-government-still-has-the-power-to-issue-debt-free-money.

Have you seen this article by Jim Fetzer? http://www.veteranstoday.com/2012/12/21/bank-robbers-and-serial-killers-the-cia-recruits-them-the-fbi-ignores-them/

It includes a number of taped phone conversations with a woman named Hailey Ottus who resides here in Toronto. Her stories concern the deaths of JFK, RFK, MLK and JFK Jr. I suspect most people would consider her a crazy old lady but, like Fetzer, I am intrigued by the quantity of info she offers. According to her, J Jr. flew into Toronto to meet Frank Stronach hoping to raise capital for his magazine, George. She claims he landed at Buttonville and that is where the the explosive ``Super Frac`` (sic) was placed in the tail section. She also names names. I obviously can`t vouch for her credibility but thought you might be inclined to check it out.

The reasons given for the JrÂ´s murder all added fuel to the fire, but I think the picking off of John Jr. was inevitable, planned long in advance. It was a given. The logistics of the thing had to be planned though, and Hill and Bill along with H.W. were obviously not above that. They always want to root out "the seed". John Jrs. wife was also pregnant, so there you go.

Look at Bruce Lee - they hated him so much that they took out his son, Brandon, during work on a film. He was shot dead in a scene almost identical to a scene his father had played in. BrandonÂ´s murder was not an "accident" either. A "mysterious" stagehand dealt the final blow and then "disappeared" as if by magick. This kind of mirroring-mockery in score-settling is typical of "the mafia". Brandon was planning on getting married shortly after his death - his seed was blotted out as well.


PS - they blew his brother, Joe (the real hero of the family, before Jack), in an airplane, too. They sent him on a "mission" to oblivion.

It isn't just natural leaders like JFK jr that the powers that be wish to exclude it is all natural leaders that think for themselves and have moral principles that are not welcome in government or even on planet earth. The powers that be want total domination of the world for themselves only and in their view competition that is intellectually and morally superior is not allowed. Political power is a closed shop and economic power is nearly a closed shop. Non members need not apply. Guess who the membership is?

JFK Jr. was assassinated because he wasn't intimidated by the Clinton mafia. The CFR wanted Hillary in the NY US Senate in 2000. I think he was killed primarily for that, though they'd have had to kill him anyway before 911.
I doubt he was killed for the article on Yitzak Rabin's 1995 assassination, but he was really shaking their cage. Here's a recap of the similarities between the Rabin assassination in Tel Aviv and the 1963 Kennedy assassination in Dallas.

JFK JR. was running a series of articles in his magazine GEORGE on the assassination of ex ISRAELI PREMIER RABIN. It was rumored that Rabin's widow was not happy with this!