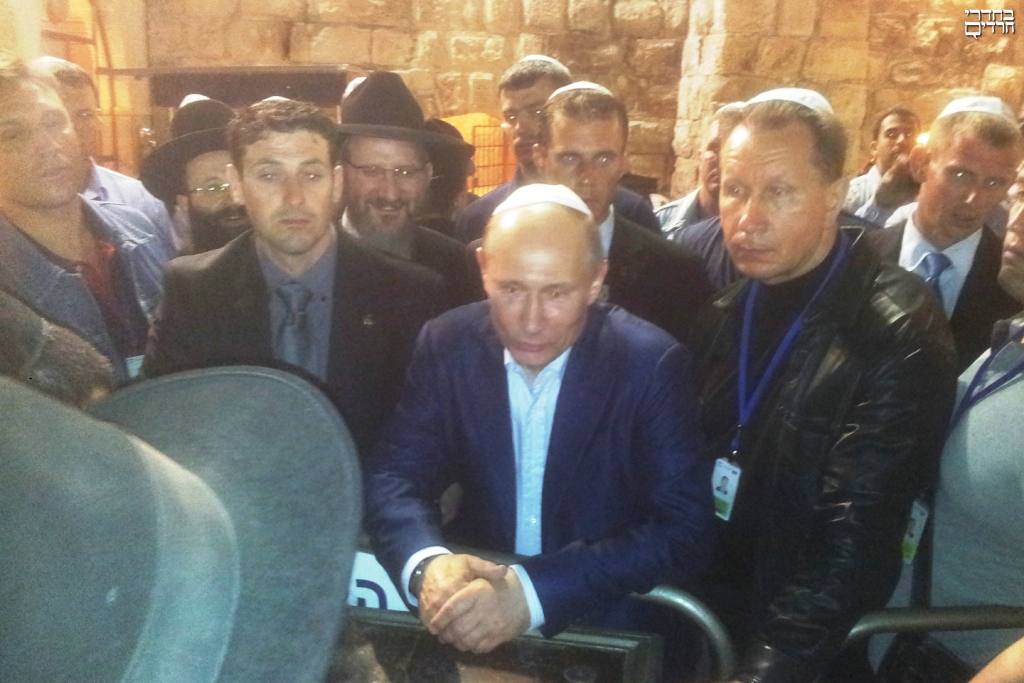 Putin a Puppet of Chabad-Lubavitch Sect


July 16, 2011 -- The main figures in Putin's government are almost exclusively crypto-Jews. The core of this fifth column are Orthodox Jews, often known as the Hasidim. There are several strands of Hasidism, but the dominant sect is Chabad Lubavitch. Its essence is an aggressive, militant extremism in favor of Judaism based on grounds of the Talmud, a peculiar form of geopolitics states Rabbi Eduard Hodos head of the Kharkov Jewish community and supposedly staunch 'enemy' of the Chabad Lubavitch sect. 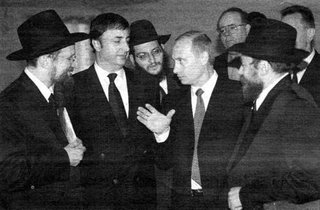 He said the sinister workings of this sect, hidden from the Gentiles, were known to him since the nineties when Chabad began a vigorous penetration of Russia. We remember how in 1968 its Zionist Masonic Lodge of Rome planned to reduce the human population by half, and "assigned" fifteen million to Poland. Meanwhile, Chabad Lubavitch calls for reducing the human population to 600 million non-Jews, while the total number of the Jewish Diaspora is officially estimated at around 13 million . . .

Chabad Lubavitch has a secret influence in the super-elite "Committee of 300" through which to engineer the "Holocaust" of mankind. Genocidal, extremist ideologies, supported by the Chabad Jewish financiers and aggressive racist Zionism will be lethal for 99 percent of humanity. In outside talks with the Gentiles the Chabad mercifully increased the number of surviving Gentiles to one billion, but privately they say about 600 thousand Goyim, of whom only about twenty thousand should enjoy relative freedom, prosperity and a clean environment. Chabad is now the dominant force of the Jewish Diaspora on top of the pyramid of Jewish elites; Gentiles in general do not count. 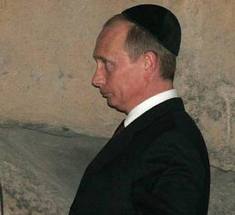 Chabad Lubavitch Headquarters is located in New York. One of the key figures of Chabad is a former Vice President Al Gore, whose father was once a friend of the famous Armand Hammer, and his friend, "Lenin." The main book of the Chabad is "Tania," based on "The Protocols of the Elders of Zion" and which Eduard Hodos calls the second "Mein Kampf."

Their clearly defined goal was to entice and make Jewish-Russian hybrids employed in the structures of real power ardent followers of Chabad, vigorously supporting their careers and promotion. In this regard Chabad were ready to sacrifice their ideological dogmas and turn a blind eye to the lack of purity of blood. In contrast, to non-Jews the issue was simple--money [bribes]. Taking into account that from the time of opening of [Russia's] borders, the Russian society did not have a currency while members of the "Committee of 300" held substantial foreign funds which Chabad used to purchase Russian real estate [for nothing] . . . 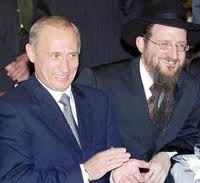 The Head of Chabad in Russia Berl Lazar (left) said: Never before has any Russian or Soviet leader done so much for Jews, as Vladimir Putin. In every respect it is unprecedented. In talks with me Ariel Sharon repeatedly emphasized that the Kremlin is the greatest friend of Jews and of Israel. Now, many mayors of Russian cities, provincial heads and ministers are Jewish. This became the norm . . . (Henry Pajak, "The Last Transport to Katyn 10 04 2010," Chapter IX, p. 280--283). Full story: stopsyjonizmowi.wordpress.com Netanyahu says Russia and Israel on same page over Iran threat.

Comment: For a full appreciation of the above story I recommend you read the translation in Google translate, or Alta Vista, or similar, and read this English article oxfordchabad.org. Clearly the international banksters have financed Jewry to take over the Russian Federation and they financed their takeover of Germany with the Weimar Republic after WWI.
Berel Lazar relates how chabad fed Putin as a child

Bush Operatives Mukasey, Chertoff and Zionist Senator Lieberman are all affiliated with Chabad Lubavitch
https://www.henrymakow.com/putin_a_puppet_of_chabad-lubav.html
Several years ago Daryl Smith interviewed a politically connected guy from easter Europe who claimed Putin was Jewish and once threatened to "circumcize" an opponent.  I think he may have been a Georgian or Ukranian close to a cabinet level office.  Nathanael Kapner promotes Russian Orthodox and Putin's fight against the Jewish Russian Mafia as legit.
http://realjewnews.com/
Who is in charge of Jews College in London?  I understand all Jewish positions are issued from that office.
http://en.wikipedia.org/wiki/London_School_of_Jewish_Studies
I want to know how Chabad Lubavitch interacts with the Jesuit General and what they were doing in the middle of the Mumbai incident.  The one thing that struck me when I saw this Jesuit Hierarchy is that Chabad Lubavitch was nowhere to be found.
http://www.bibliotecapleyades.net/vatican/esp_vatican01.htm
______________________________________________________________________________
Joint doctrine states that "the fact that deception was used on an operation should be protected. both to allow the use of the same techniques and tactics in later deception operations, and to protect sensitive deception means"