US Citizens & Their Property Collateral for US Debt 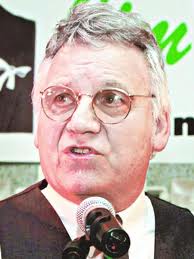 Comments for "US Citizens & Their Property Collateral for US Debt "

A sad in interesting note on how the IRS is being used: in 1989 an announcement from the University of Utah of 2 chemists Pons and Flieshman discovering cold fusion. Within days all the flagship science publications condemned them as frauds. Within weeks the IRS was on their cases. They both had their homes confiscated and their bank accounts frozen. Both fled the USA and stayed in hiding for several years.

I also remember a case of a medical doctor from Kenya who discovered a better AIDS treatment while working in a hospital basement in Nairobi. I think his name was Dr. Abdul Mohammad. He came to the USA and opened a clinic in Washington DC. The medical establishment could not accept a black Muslim from Africa out researched their teams of Ph.Ds. He was denounced as a fraud and was quickly bankrupted by the IRS.

The issue of the 1933 US bankruptcy and the fraud of the IRS and the income tax are separate issues from the implied railroading of a stand up, straight shooting congressman named James Traficant. Traficant was far from the innocent martyr he tries to portray himself as in print. Read Brice Taylor's 1999 book, Thanks for the Memories, to glean a much more
accurate picture of who and what James Traficant is and was.

We need to remember that James Traficant was indicted and sent to prison for the illegal use of campaign contributions. In other words, he stole from his campaign funds; not because he was railroaded by the government because of his noble stand on the issues.

Trificant's alleged tie in with the IRS and US bankruptcy story has
nothing to do with his going to prison, but everything to do with his 2010 campaign platform. In order to try to get back his seat, he ran again in 2010 (after getting out of prison in 2009) and ran on a platform that said he would repeal the 16th amendment (which authorizes the income tax), as if Jimbo Traficant could accomplish that all on his own as a congressman from Ohio. Right.

At one time, I thought Traficant was a straight shooter and put up a few articles in his defense, but I learned different (especially from Brice Taylor's book). I believe that Michael Collins Piper, who also supported Traficant in print in the AFP, has also learned different and regrets defending him.

You're absolutely right about the property of US citizens being collateral for the federal debt. Nixon's Environmental Protection Act of 1970 had nothing to do with the protecting nature. It was all about keeping US oil and minerals under the ground as collateral for the federal debt. I was told that by a spook that had worked with Henry Kissinger back in the early eighties. All the biodiversity stuff and Agenda 21 is about getting people off the land that the bankers are claiming.

Having privatized money creation, and forced America into phony debt. they are simply going to enslave the American people. Bush, Obama and Congress itself have provided all the legislation necessary to enslave America. Only the military can save America with tanks in Pennsylvania Avenue. And as Alan Sabrosky says: Israel - the home of Greenspan, Rubin and Summers - needs to 'flatass disappear'. They did 9/11.