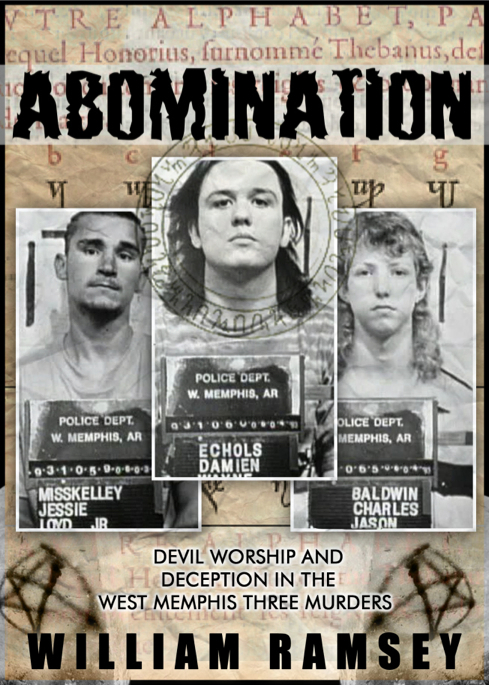 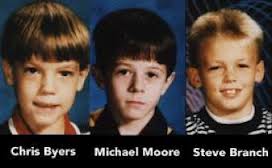 The ritual murders of Steven Branch, Michael Moore and Christopher Byers on May 5, 1993 drew national media attention to West Memphis, Arkansas.
Damien Echols, Jason Baldwin and Jesse Misskelley, Jr., commonly known as the West Memphis Three, left the Arkansas penal system free men after nineteen years in prison.   Amid claims of Satanism and witchcraft involved in the horrific murders, the West Memphis Three declared they were targeted by authorities for wearing black and enjoying heavy metal music. In fact they had a long history of satanic activity.
Public interest in the crimes was created by Paradise Lost, a 1996 HBO (Hebrew Box Office) documentary which made the case that the West Memphis Three were unjustly convicted.  Like other past cause celebre killers such as Mumia Abu Jamal and Jack Abbott, numerous Hollywood celebrities and world renowned musicians rallied to the cause, including the following: 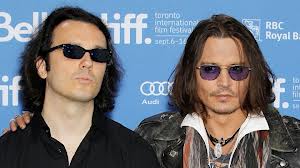 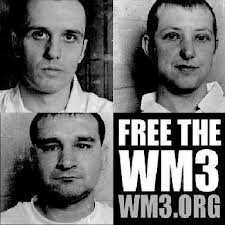 GUILTY
Unfortunately, the narrative presented by the convicted murderers and their supporters is a lie.  Voluminous evidence compiled by the Arkansas police and court system points directly to the West Memphis Three as the perpetrators.  Not only did each one of the guilty confess at different times, Jesse Misskelley confessed four times to legal authorities.   These confessions by Misskelley contained details about the murders known only to persons at the crime scene.
In addition, the West Memphis Three were involved in witchcraft and Satanism.  Damien Echols not only engaged in the practice of witchcraft before he was arrested, his obsession and promotion of occult practices continues to this day.  His involvement in witchcraft and Satanism is abundantly evident in trial transcripts and police reports. 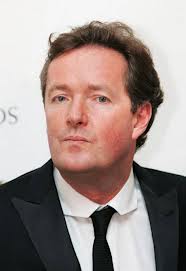 Speaking to Damien Echols on his CNN television program, Piers Morgan, left, said the following:
"You come across to me as somebody grounded, intelligent, eloquent...not the things you would associate with the portrayal of you in your courtcase as this Devil worshipping, satanic, occult obsessed, you know, wierdo, dangerous maniac who could be capable of killing three young children." 2
Echols moved to the town of Salem, Massachusetts, city of the original Colonial witch trials.   He has told reporters he feels comfortable there, as the residents  less likely to engage in another "witch trial."
The twenty year long West Memphis Three saga underlines important themes in current American culture:
a.) Liberal Hollywood aches to find causes that fit into their fixed worldview, regardless of the facts and evidence,
b.) The power of public relations and national media to shape public perception and opinion,
c.) The skilled manipulation of public opinion, used as leverage by attorneys to influence in court decision-making.
The incomplete West Memphis tale continues to add 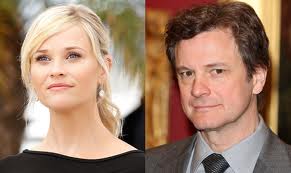 chapter after chapter.  A documentary titled West of Memphis will be released nationwide on January 18th of 2013, and a major motion picture about the case, starring Reese Witherspoon and Colin Firth, is set for release in 2013. You can be sure they will toe the liberal line.
I have penned a series of articles that contradict the public narrative and conclusively show that the release of the West Memphis Three not only is a mistake, but is a clear and present danger to the American public. 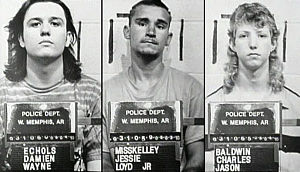 -------
WILLIAM RAMSEY is the author of Abomination: Devil Worship and Deception in the West Memphis Three Murders and Prophet of Evil: Aleister Crowley, 9/11 and the New World Order
He can be reached -  occult911@gmail.com
For more information on THIS ABOMINATION - occult911.wordpress.com
PURCHASE BOOK ON AMAZON     KINDLE
RELATED - Ramsey - Damien Echol's Satanist Record
First comment from Dan:
This liberation of ritual murderers isn't an isolated anomaly.  It's a trend.
I lived in rural Arkansas and know that local law and judges can be bought.   In a high profile murder as heinous as this case was I think it would have taken a lot more more than cash.
Damien Echols was the lowest trailer trash on the totem pole in West Memphis pecking order. The crime brought a lot of negative attention to the town and the state.  Local authorities were fine with locking he and his little 'droogies' in the State pen and throwing away the key.
Why should these sleazy movie stars genuflect for Echols, the scum of the Earth?   This is part of a trend in the last decade to glamorize and release convicted muderers;  The common denominator is the allegations or evidence that these were in fact ritual Satanic sacrifices. 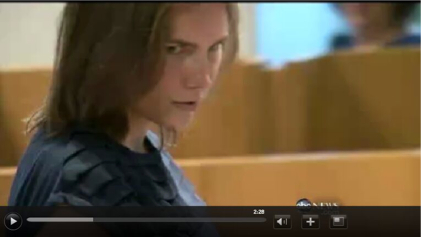 (Knox,left, on learning she will be released)
Released to cheers from the Media in 2011 was Amanda Knox - the Seattle exchange student who raped and sliced up her room mate Meredith Kerchner with a black Ivory Coast resident of Perusia during a Halloween binge in 2007.
Ask the victim's parents if they believe Knox is innocent.   Meredith Kerchner's father remarked that in contrast to powerful forces coming to the aid of Amanda Knox, the burden of proof was placed on the victim's family.   "We were surprised at the lack  of financial help available from the British Government as  we dealt with the aftermath  of Meredith's death. ... Indeed, it seemed this was a policy decision, one that did not affect just us, but anybody who had suffered an ordeal such  as ours. This lack of help was despite the fact that we were obliged to provide testimonies  in court."
'It's all been about Knox - not justice for my daughter'
Not only did Amanda's family get heavy international media support, she continues to be a darling celebrity.
Let's be honest -- the media makes stars of these people as a wink that they 'got away with it'.

Regarding Morgan v. Jones, here are some points to consider:

1) I would challenge Piers Morgan to live for one year in the Republic of South Africa, the world's leader in murders and rape. How long will it take before he changes his mind about having a firearm on his person or in his home?

2) Piers should sincerely and open mindedly investigate the homicide statistics in the USA. He would discover that blunt objects, knives and bare hands are responsible for more murders than guns.

3) With respect to the USG's assault and attack on the Branch Davidians in Waco, Texas, what were government forces using? The BDs had the same if not similar weaponry as far as small arms are concerned. Whereas the BDs didn't fare too well from that final assault, one has to speculate how the fight would have progressed were the BDs armed with revolvers and non-semi-automatic weapons.

4) Beginning with the late 1980's and through the following decades, our police and sheriffs departments have become militarized to where they resemble combat infantry forces. If the government has a weapon available for its own use, I want one for my own use (with the exception of nukes). Whatever magazine capacity my sheriff's department uses, I want that for my own use.

The Knox murder has some similarities to other satanic killers:

Murder on one of the eight days important to witchcraft---Halloween.
Casual demeanor in front of police after the murder.
Differing and unbelievable alibis, etc.

That is another article.