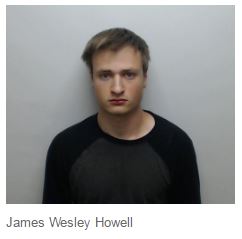 James Wesley Howell has pleaded not guilty to the charge he was planning to attack a gay pride parade. When he was arrested June 12, a story circulated that he was a CIA patsy  who backed out and sought local police protection. If true, it would give the lie to a long list of false flag terror.
Below, Stephanie Sledge explains why she thinks this and the story "an attorney" Brenda Corpian was beaten up after seeing Howell, is bogus.
Given the complete media blackout after June 12, I'm not so sure. The story is plausible and the original source may have been intimidated.
Howell is sitting in jail in Los Angeles. Won't someone go visit him?
Update on James Wesley Howell
By Stephanie Sledge
Howell is still being held at the Twin Towers Correctional Facility.  He appeared in court Wednesday at 8:30am, Airport Courthouse W31, for another "PRELIM SETTING/RESETTING" hearing.
His original violation date was June 12th, 2016. Howell pled "not guilty" to all counts. It appears three days after his arrest in California, a "Warrant or Writ of Attachment for the Body of a Person Issued" was filed in Indiana which is a warrant to return a person to appear before a court. This means after Howell answers to his current charges in California, he will be returned to Indiana to be delivered before the court.
The Fake News Networks, including the 'fake-news' newspapers and reporters took the story of James Wesley Howell to a whole new level. When the fake news media outlets want to blow up a story and inflict fear, they use individuals like James Wesley Howell to do it.
He was a perfect match to indoctrinate the nation; a person is no longer innocent until proven guilty. Mixed with the social media platforms, a story can grow into a giant fear inflicting story which always includes a weapon, a so-called dangerous individual, and in this case, a man heading to the gay pride parade following an alleged mass shooting.
As you can see in this video, the INDYSTAR went out of their way to make a video on JWH for the purpose of 'fear mongering' considering his arrest was immediately following the Orlando shooting.
While most of the nation was dumbed-down, glued to the mainstream media, and still in shock over an alleged shooting - it exploited Howell's arrest prior to the election. Notice the pictures of the contents in his vehicle they show. Does it look like an arsenal of bomb-making materials and weapons to you?
Also notice how they include his prior record of weapons charges and include his alleged 'child molestation' charges.
Who is James Wesley Howell then?  He could possibly be a media patsy... He was used by the mainstream/AP media to further the terror agenda of gun-confiscation, and see how far some 'planted' non-facts would go. Howell had a prior record which included a weapons charges. He was on probation for this incident in Indiana.
Several Media platforms claimed following the arrest of Howell, he was on his way to the Gay Pride Parade to cause harm. News articles began to surface in the alternative press claiming Howell was part of a ClA training team who had associations with Omar Mateen and several other alleged terrorists. Are these true facts? Where did these accusations come from?
Read the back story here
What really got the story blown into disarray was when Santa Monica Police Chief Jacqueline Seabrooks initially said on Twitter that the 20-year-old Indiana man (James Howell) told one of her officers after he was arrested that he wanted "to harm the Gay Pride event."
Following that tweet, the FBl took over the case and Santa Monica spokesman Saul Rodriguez said Seabrooks was mistaken and the detectives at that time were not aware of any intentions of Howell wanting to 'harm' the gay pride event.
He allegedly arrived at his destination in California and was trying to get a hold of a friend when neighbors called the police thinking there was a prowler in the neighborhood.  When the police arrived, they found Howell, searched his car, and he was arrested. [According to alternative media, he turned himself in.]
His current charges in California can be read here.
CIA CONNECTION DISCREDITED? 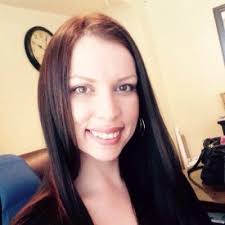 (Corpian, left)
I believe the CIA story was perpetrated by fake news infiltrators to study which pathways and avenues of news sites can be infiltrated. I was a target of such a plot. It was when the story of the almost deadly beating by "Brenda Corpian" came on the radar. It was a story which started out here... watch my video explaining the BS story of Brenda Corpian and how the story of her beating after talking to Howell quickly fell apart fast. It appears I was correct. 'Brian' who claims to be 'Brenda ' husband disconnected his phone number and is now-nowhere to be found...
Why was Brenda Corpian's alleged beating brought into this story? I would assume it was because it was a  'drifter' who probably gets paid to infiltrate stories and see how far fake-news will go. During the time of this story appearing on getoffthebs.com, it was before the elections and fake news stories were coming out of the woodwork. The story of Brenda Corpian fell apart when her alleged husband (Brian) claimed on the phone with me that they would not give their real identities. He claimed Brenda's mouth was wired shut due to the beating and could not talk to me directly.
Further research revealed their getoffthebs.com site is ran by a man named 'Lucas' and the website itself appeared out of nowhere, began filling up with stories - including the so-called trashcan beating of Brenda Corpian. One of the stories showed a picture of Brenda. After comparing her picture to google's facial recognition software, it appears she was just a model.

Related-
Charged in Indianapolis
First Comment by Chad
The antidote to fake.. fake news is to make the corrections quickly.  Who cares if they need to see who carries the story.  As if they want to kill anyone who wishes to tell the tale. This is an effort on their part to subdue the alternative media.  Sorry, we'll just keep the presses going and make corrections where and when necessary.
They (the CIA/FBI/DHS/NSA types) already know who we are.  As if they needed an introduction.  Maybe they have new suckers to train in their ranks.  Who cares!  So we get mixed up on occasion with their B.S.  Our compasses always point towards truth and freedom and from time to time we'll get off track.  No worries, we'll right the ship and get going in the proper direction.
JWH or no JWH, you won't keep us down forever.  Try again!  The good thing is here is while you're learning, we're learning too.  We get to see your tricks in real time the more you expose us to them.  Thanks for the lesson.  You need us more than we need you. Don't forget that!