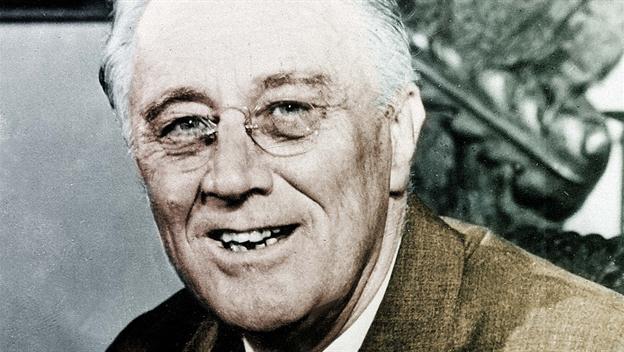 Isaac Don Levine's memoirs,
Eyewitness to History
remind us that the real war
is between Satanist (Masonic) Jewish central
bankers and humanity.
by Henry Makow Ph.D.
Shortly after the outbreak of WW2 on Sept 1, 1939, Adolf Berle, the Assistant Secretary of State for Latin American Affairs approached FDR with news that a Communist Party defector, Whitaker Chambers, had supplied him with 20 names of Soviet spies in the State Department.
Since the Molotov Ribbentrop pact was signed August 24, 1939, it was possible US secrets could reach the Nazis. Berle suggested an inquiry. 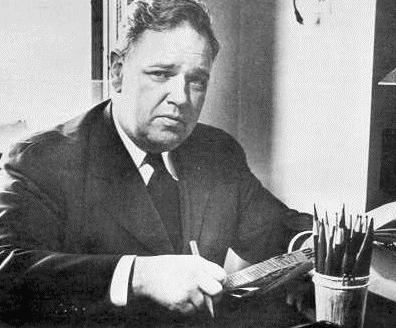 (left. Whittaker Chambers)
FDR blew him off. This is the account of Isaac Don Levine, a well connected Jewish journalist and ardent anti-Communist who had introduced Whitaker to Berle. He had previously arranged for the revelations of another Soviet defector, spymaster Walter Krivitsky ( Samuel Ginsberg)  to be published in the Saturday Evening Post.  (Eyewitness to History p. 198)
Levine enlisted other influential contacts who had access to FDR: the US ambassador to France, William C Bullitt, union leader David Dubinsky and broadcaster Walter Winchell, all to no avail.
He went to Martin Dies, the chairman of HUAC. But it was not until eight years later, in 1948, that Dies finally subpoenaed Chambers for the testimony that rocked the nation. FDR told Martin Dies in 1940 that he regarded the USSR as our strongest ally in the years to come" an indication that he knew in advance that Hitler would attack Stalin. Historical events are all choreographed by the bankers. Nothing happens by accident, FDR said himself.
By 1948, the Cold War was being fabricated and Whitaker's revelations finally served the Illuminati's purpose. By this time, Soviet agents within the US government had transferred the secrets of the atomic bomb to Russia. Hiroshima had demonstrated the horror of nuclear war and humanity was in a paralysis of fear.
ALGER HISS 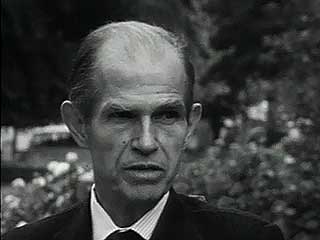 Not only did FDR not purge the Soviet spies in the State Department, he promoted them. Alger Hiss, left, accompanied Roosevelt to the Yalta Conference in Feb. 1945 where most of Eastern Europe including Austria was ceded to the USSR.
According to Levine, Hiss was "closer to FDR than many ranking members of the American delegation." A few months later, he became the first "acting" Secretary General of the United Nations a few months later.  (Levine, p. 200) He went on to become the President of Carnegie Endowment for World Peace, another Illuminati (Masonic Jewish) front.
FDR's son-in-law Curtis Dahl revealed that FDR was basically a frontman controlled by a "brain trust" of Illuminati Jewish go'fers.
FDR didn't purge Communist traitors like Hiss because Communism is an instrument of the central bankers to rededicate mankind to their service. FDR, Churchill and Stalin were all Freemasons. So was Hitler. Hitler ignored Canaris and Gehlen's warnings that Martin Bormann was a Soviet spy.   Stalin returned the favor by ignoring his own spies who pinpointed the exact hour of Hitler's invasion.  The real war is between the satanist Jewish bankers and humanity. The Satanist goal is to inflict maximum degradation and make maximum profit. War is perfect.
The USSR was set up by these bankers and supported by their corporate cartels. The West was/is already de facto Communist in the sense that Communism represents a plot by these satanist bankers to extend their credit monopoly into a political, economic and cultural one.
This is the reason Whitaker Chambers was slandered and ignored later when his charges against Hiss were finally addressed in 1948. This is the reason JFK was assassinated; Richard Nixon was impeached and Donald Trump faces relentless hysterical and nonsensical criticism. They were /are not sufficiently controlled by the bankers, now represented by George Soros. 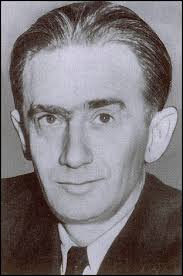 Walter Krivitsky, left, exposed two Russian spies at the heart of the British government. As a result, he was murdered by Stalin's agents in Feb.1941.
The fact that Krivitsky did not receive protection from the US government and his death was ruled a "suicide" is additional proof of de facto Communist control of the US. But it is also proof that many Jews like Isaac Don Levine and Walter Krevitsky were courageous opponents of Communism. Judaism may be Satanism (Communism) but some Jews like myself are opposed to this agenda. The majority of Jews like Gentiles have been brainwashed.
Trump's victory proves that that Westerners are Communist mind control prisoners. They control the media. They control the universities. They control the banks and the economy. They control the government. Apparently they do not yet control the voter. Hopefully it is not too late to turn back this toxic tide.
---
Related - Communist Takeover Began Years Ago
-------------"Soviet" Agents Designed UN, World Banks and IMF

Although Harry Dexter White was a proven Soviet spy I think he was a globalist who used the Soviets as part of the globalist satanic elite's long term game. Some of the FDR peeps were communists for sure. Either way, they were all spies.

I came across a very interesting bit of info, a Pulitzer Prize winning journalist named Westbrook Pegler broke a story a year before FDR died that his maternal grandfather made his riches in the Chinese opium trade. His name was Warren Delano, he was chief of operations for the Russell Trust, the same people who founded the Skull and Bones Society the Skull and Bones.

Here is a little list of people involved with Russel and Company and their opium dealings, I see that Skull and Bones member John Forbes Kerry also has his roots in the opium trade. Funny how Bush (who one source is claiming is related to Roosevelt) and Kerry were both members of Skull and Bones which was founded by the Russell Trust, and of course when they both ran for president and Tim Russert asked them about their membership and he died shortly after, rather unexpectedly.

Not only was Kerry instrumental in ensuring a second term for Bush Jr. in 2004, Kerry also presided over the Kerry Commission hearings in the 1980s, he was in charge of investigating the drug trade in Latin America and seemed to do a good job but then let's everything go and let's vice President Bush Senior of the hook. They start discussing John Kerry at the 49 minute mark.

It seems as if de facto Communism has now taken center stage once again in America.

The plight of today's Israel and Zionism is no longer the primary concern of the Marxist Deep State that rules Washington today.

Israel must exist as a theocracy and not a godless state of Communism even if it does not recognize the true God of Biblical Israel.

And, this might be why Trump's support of Israel and Netanyahu is not buying him much favor with the Marxist Deep State media or their Democratic Congress.

The Deep State wants full cooperation on all political action and legislation that supports their agenda and support for Israel alone does not buy a politician insurance against harassment or even political ruin like it once did.