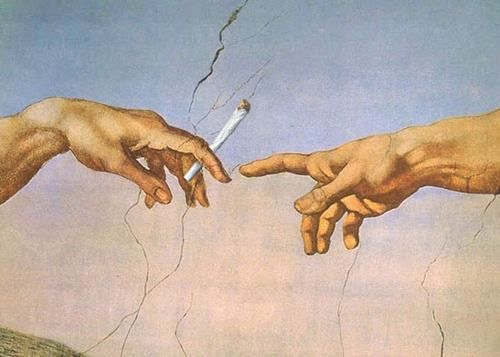 "Through a network of nonprofit groups, Mr. Soros has spent at least $80 million on the legalization effort since 1994, when he diverted a portion of his foundation's funds to organizations exploring alternative drug policies, according to tax filings."
Source
If you google "Marijuana and Mysticism" you'll find 300,000 entries. Mankind has used cannabis for religious purposes for millennia.
Canada has legalized marijuana. Since Justine Trudeau is a Soros-puppet, the Illuminati must think that cannabis will somehow advance their evil agenda. However, if these Satanist vampires most crave our souls, as I suggest here, they may have miscalculated.
by Henry Makow
Canada has become only the second country in the world to legalize marijuana. With all those exciting different strains and edibles to sample, Canada might become a more interesting place.
I have been using cannabis for 43-years. My sister and her husband "turned me on" as a 26th birthday present (1975.)
[A word of advice to first-timers. Take a tiny amount of anything new to gauge your reaction. You can overdose on cannabis. It won't kill you but it can be uncomfortable. Best not to drive or operate heavy machinery.]
My 26th-birthday present was a revelation. In my expanded consciousness, I saw myself from the outside. "I" was a little train climbing a steep grade billowing black smoke.
BACK TO THE FUTURE 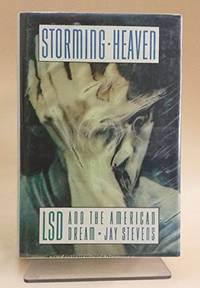 Like many of my generation, I believed mankind could be saved if everyone just got stoned.  We believed certain drugs could unleash a spiritual revolution. That was a big part of flower power. Aldous Huxley and Gerald Heard were my heroes. I even visited Timothy Leary.
Then the psychedelics movement went underground. It seems to be making a comeback.  Why?
If you google "Marijuana and Mysticism" you'll 300,000 entries.
Does George Soros want to confirm the existence of God?
Hardly.
They think cannabis will render society even stupider and more docile. Studies have found that "people who smoked cannabis four or more days a week over many years ended up in a lower social class than their parents. It also found that regular and persistent users ended up with lower-paying, less skilled and less prestigious jobs than those who were not regular cannabis smokers."
But how can they ignore all the literature to the contrary? Mushrooms and hashish have been used to communicate with God for millennia.
The legalization of marijuana and some other drugs like LSD may be our last hope.
Obviously, pot affects different people in different ways. How many will have a mind-expanding experience?
We need to update our ideas of God. Oh yes, He exists! We'll find out the hard way. 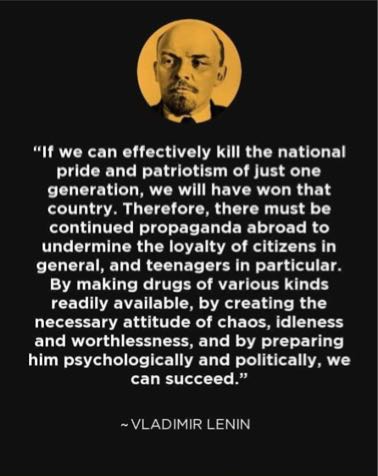 (George Soros' thinking?)
Pot has taught me that "Truth" is a spiritual dimension. It's turning on headlights and seeing the road. It's realizing I'm sleepwalking through life.
Expanded consciousness cannot be described. It must be experienced. It supersedes thought.
Is pot cheating? We take drugs for physical ailments; why shouldn't we take them for spiritual sickness? It is medicine for the soul, an ever-changing self-improvement guide, an antidote to the satanist cult in which we are born through no fault of our own.
It's true that I return to my normal self the next day. But even a glimpse of truth changes you. Every moment think:  How do I conduct myself in the eyes of God? Every day is an offering to God. We are souls, not only bodies. Relationships are between souls. If only I could remember all of this the next day.
LITERALLY, LOST IN THOUGHT
In The Doors of Perception, Huxley said our souls are throttled by our thoughts. Psychedelics allows the soul to overcome and invade the mind. The soul is intended to inform the mind, not the reverse. Inspiration.
To quote  poet Henry More (1614-1687): "When the inordinate desire after knowledge of things was allayed in me,  and I aspired after nothing but purity and simplicity of mind, there shone in me daily a greater assurance than ever I could have expected, even of those things which before I had the greatest desire to know."
Will cannabis remind us of God?
---------------
Related
Makow - Getting Out of the Matrix
----------------- We are not Powerless
First Comment by Boris
I am a long time smoker, but I can see the future.
Legalization is a Trojan Horse; cannabis with a side of cancer. Legalize the weed, get everyone using it. Then, slowly introduce the chemical ladened, tobacco-adulterated version of marijuana of which Phillip Morris and others have been holding in patent for YEARS (legalization was temporarily pushed when all the big tobacco lawsuits were flying in the 80's) as the ONLY "safe" marijuana; especially after some "disease" infiltrates the crops that do not use "Monsanto Marijuana Brand seed-n-feed." Nothing is done without calculation and these guys seem to love to gamble on the future.
Not only that, but people who use cannabis have a NATURAL disdain towards authority, thus actually assisting Soros and others like him accomplish their mission of disrupt ALL governments and destroy ALL nations because the free-loving cannabis-heads will be too docile to think in any other term because everyone should join in the pot circle otherwise it would be a "downer, man."
Where else do you think they get their "foot soldiers?" From those who ALREADY are tuned out; why not just tune 'em all out?

Comments for ""Use Weed to Know God" -- George Soros?"

Here is a useful perspective on cannabis. Unfortunately many, if not most people continue to refer to cannabis as a â€œdrugâ€. Cannabis and the human body enjoy a very unique relationship with numerous benefits far beyond the token psychoactive THC high that most folks dwell on.

Be well and keep up the good work!

Re "Use Weed to Know God...", I respect and agree with you on many topics, but not this one. I do think marijuana has legitimate potential medical uses, and just as with wine, it can be pleasantly relaxing to
some...in moderation.

However, I doubt that any emotional or mental or physical 'high' one may experience with weed is a genuine spiritual connection to God. For most
of us, experiencing God's presence is often very subtle, and sometimes we may feel nothing at all.

So what do we have? Faith -faith, which is often dry not ecstatic. There is the life of prayer, humility, trust, abandonment to God's will, love of God and others and growing in virtue.....a challenging, lifetime
quest. While numinous moments may occur in prayer (or nature..or love...), they are gifts to be accepted and then let go of, not goals in and of themselves. God offers and withdraws His consolations as He
wills, and our job is to accept His will at each moment.

The ecstasies and true vision of God's face await us in the next life, beyond all hope and desire.

Henry, if your god can be known through chemical disturbances to the proper purpose of the brain which is to connect the metaphysical "mind" to the physical world of sense and motor, you're not one of us who reasonably believe that we are created with a sublime origin and purpose.

If you can assert that a chemically induced phantasm could create a god-thing transcending the brutal reality we belong in... at very least, Blavatsky's "Theosophy" (and a plethora of similar philosophically idiotic esoterica) gains a "credibility" that has no foundation in observed reality. Blind guide! In spite of your grandiose speeches your roots are in the Kabbalah and you think that your mission is to create a god in your own image and likeness to serve your ambitions. Chutzpah, to imagine that you can "educate" God, is to presume to make Him what He was not. What idiocy is this to presume to create your own creator.

The only constant in all esoterica is a litany of diabolical contradictions based on the assumption that Nothing is in the process of becoming Everything.

A lot of people (particularly high school and university students and others in that age group) just want to get "fucked up" and this is another substance to add to their list which may include alcohol, prescription drugs, and other hard drugs.

You hear about people traveling to the Amazon for ayahuasca ceremonies led by shamans, but meanwhile there are some messed up kids taking DMT (the active ingredient in ayahuasca) to have fun and party. It was somewhat popular in the "rave" scene, on top of ecstasy, LSD, ketamine, and GHB (the date rape drug - some idiots actually took that for fun).

My opinion is that marijuana is being promoted to make people docile and complacent. If your girlfriend left you, your dog died, and you are going on trial tomorrow you can still smoke a joint and feel nice for a moment, as opposed to being motivated to improve your situation.

Like any other medicinal herb, it has it's uses but there is no real benefit to recreational use any more than having a few drinks on the weekend is beneficial. I'm not opposed to legalization at all, the whole thing seems like a big deal about nothing. The government just wants to take away people's money while simultaneously making them comfortable in their misery (which looks like it's going to steadily increase).

The plan is not exactly full legalization either since there will be more hurdles to jump through to get into the business and grow-ops and black market dealers will still be prosecuted, this is a government monopoly on a substance that they can't get rid of so they aim to benefit from it any way they can. In the last 20+ years it has never been particularly difficult to buy marijuana in Ottawa either.

The marijuana selling in Canada these days has a more sedating effect than in the past, supposedly this is because it is the indica variety rather than sativa or a hybrid of the two. I smoked just about every day for over 15 years, I no longer have any interest. It just makes me sleepy, and I really don't need much help to fall asleep anyway.