Men are Increasingly Hostile Against Women 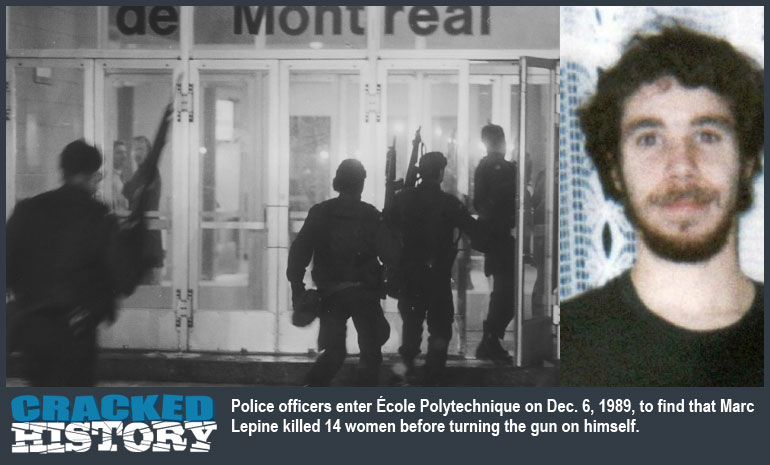 Mark: Womyn Reap What They Sow
"If women want to be independent, they can defend themselves, Mark, a middle-aged Scottish forester, said in response to  "Young Men Cowered While Young Women Were Murdered".
His complete response below and others, (see JJ's) reveal  a backlash against anti-male propaganda, laws and the general feminization of society. An anger is building against women, but better directed at the people who brainwashed them in the magnificent psyop called feminism.
by Mark
(henrymakow.com)
You state: "These women said they were not feminists but no man came to their defence. This is truly emblematic
of our decline. For example, have European men come to the defence of women and children in places like Germany and Sweden?"
Why would they?
For the last 50 years, feminism and the "I need a man like a fish needs a bicycle" mantra has been rammed down men's throats. How many young men have seen their fathers destroyed by women in divorce courts? How many young men see men destroyed in the msm, ridiculed, laughed at, always made to look the fool in TV while women are lauded and magnified? How many young men have seen fellow men's lives ruined from false rape allegations, with nothing, whatsoever, happening to the women responsible?
The reality is that men have been conditioned to not see themselves as the protectors and the providers. Had men decided to get up to protect the women, it would have sent out a message that men are stronger than women, something that the MSM and academia do its best to extinguish. Feminism, for example, has been saying that men and women are not different at all.  Therefore, Henry, it is clear that women should not be given preference, over men, when it comes to hostages and those needed rescuing first. To do so would be a sexist act promoting women to be inferior to men.

Feminism is not a case of 'pick & mix'. You either believe in feminism fully or not at all. You can't say "women are stronger than men" and then when the going gets tough resort to "I need a man to put himself in the line of fire to protect me".
The reality is that any woman who chooses a career over motherhood and dutifully obeying her husband is a feminist, regardless whether they say they are not. An independent woman is a feminist and having a career is being independent.
As for Sweden, well, if you were a man there, literally being pilloried and lambasted for being a man, by a dominant matriarchal society would you really go to the aid of a Swedish woman, who had voted to allow mass immigration into her land? I for sure wouldn't.
"So shall they sew, so shall ye reap" as the saying goes and Swedish women voted for their own demise the minute they decided to think mass immigration was a good idea, along with taking unnatural authority over a man. I have also read that in Sweden, they are even grading rape. To show just how pathetic the feminists are, they now state "indigenous Swedish male rape is worse than immigrant rape."
SUBVERSION
Henry, this divide between men and women was clearly planned as you and I both know. And yes, this started all the way back with the Pankhurst's suffragette movement of the late 19th century. It should also be known that the Pankhursts, along with many of the leaders were Fabians.
This is an extreme reaction to feminism. It is going to get a lot worse. You have heard of MGTOW and this will not only have a disastrous effect on birth rates in the west, but also the economy. The 'love' industry generates billions every year and more and more men are walking away. The #Metoo movement, clearly a witchhunt is now beginning to backfire. Men no longer want to mentor women. Bosses no longer wish to hire due to very likely future sexual harassment suits. Men are no longer alone with women colleagues in the workplace for fear of rape allegations...
In a nutshell, women have dug their own graves. Ridiculing men for not stepping in to save these women is no different to shouting at a horse to get up off the ground after you've broken its legs.
JEWS
The reality of feminism and men's reaction to it is on a par with the universal hatred of Jews. We know of all the wrong done by, as you like to state, 'Cabalist, Masonic Jews' but where is the outcry by the 'clearly' majority Jewish population to their wrongs?
Where for example were the calls, by Jews, to have Noel Ignatiev, professor of art at Massachusetts College, when he called for an end to whiteness and effectively promoting white genocide? Why was he allowed to remain in a position of authority and influence? We know clearly that were it a white man/woman speaking of Jews and non-whites as Noel did, they'd be out of a job asap, their career ruined and possibly up on some hate crime, courtesy of Jewish intervention. It's the same with feminists. Where is the backlash from the non-feminists? Where for example is the opposition to no-fault divorce by women? Where is the backlash by the non-feminists for the #Metoo movement amongst many other feminist, misandrist ideals?
It's about time women woke up to the clear indoctrination of them and to see they are being used, by the establishments to utterly destroy the civilization, men built for them with their blood, sweat and tears. It seems to me that John Calhoun's 'Mouse Utopia' experiment is beginning to happen in the human kingdom.
--------------
Related - Makow- Would You Take a Bullet for a Feminist?
Makow Comment - If we give up on women we are giving up. If we're quitters, we deserve our fate. These women are stupid. Take pity on them. Defend them. Show them what they're missing. Women experience God's love through a man's love.  Feminists are interfering with the basic alchemy of the universe. But feminism is Communism, is Satanism, and that's what Satanists do.
Michael Berg's Comment

Comments for "Men are Increasingly Hostile Against Women "

It takes something like a natural disaster to bring women to their knees so they understand the need for men. I would like to see more coverage of the recent hurricanes and their aftermath. Those men who make it are those who are ready for the ordeal â€”they are physically fit, able to handle the danger, able to overcome the disarray.

In a natural disaster, since a man would have to rescue himself, he would do even better if he strived to include others. It has always been this way. Throughout history, the game was about personal survival and a man realizing that if he saves himself, alone, it was not enough. In Genesis, God said â€œIt is not good that man should be alone.â€

Thereâ€™s nothing new under the sun. When virgins first come across raw male power, they may cower at the show of strength, and may fear his domination, but that gives way to a mutually beneficial bond. It is a genuine seduction, far removed from todayâ€™s context of a contrived economy, superficial relationships, and hookup culture.

For quite a while, I, and, I'm sure, many other old-timers, were disgusted by the lack of response among German men during the New Year's Eve sex attacks. Modern European men are a disgrace, I thought. What would their male ancestors think of them? They must be turning over in their graves.

But the more I thought about it, the less I blamed the men, the more I realized there's a different dynamic to the relationship between the sexes in the West today, to make the understatement of the age. Public policy has for half a century been directed at making women free from any dependence on men. Men are supposed to make an exception in the case of assault and throw themselves into the breach? Men's instincts are no longer even the same regarding women.

it's gotten to the point wherein you are preaching to the choir on feminism. The preaching, by everyone, must be redirected to those who are in control of THE LAW. THEY must see the light OR SUFFER FOR THEIR MISDEEDS. Were it not for the insane twists of law to allow women anything they want without cost, and men to suffer and pay for whatever women wish on them, there would be no feminism. Period.

Give a woman any slight advantage and she will massage it for every last bit she can squeeze from it. It's natural to the female just as being easily manipulated by praise, true or false, is natural to her. That's exactly why women, down through the centuries until now, had been kept in their place, not allowed to destroy what God created as proper. Following the enlightening example of Eve, that is.

The robots are coming Henry. Smart Cities to be filled with the meek masses.

We can keep talking about it or ask questions about why this is being done.