Goyim are Trespassing on a Jewish World

(Left, Jewish Pathological Victimhood - Palestinians and not Israeli West Bank settlers are the trespassers.)
Organized Jewry believes non-Jews
are squatters in a world made exclusively for Jews.
The goyim have been anointed as wait staff.
This might be the essence of the New World Order.
They have empowered a leadership class of goy traitors
(Freemasons) by promising them a seat at the table.
This is why politics and media are at odds with Reality.
by Henry Makow PhD
I approached the above short film, "What It's Like to Grow Up in an Israeli Settlement" with some apprehension because I oppose the
theft of more Palestinian property and regard the settlers as fanatics. I have mixed feelings about Israelis in general. I identify with my fellow Jews but fear they've been duped and used for no good.
The girl in the picture above was interviewed. She's attractive. Doesn't look like a fanatic at all. But then she mentioned living in Hebron, a West Bank city. "I lived in fear," she said plaintively. "The Arabs want to kill us." 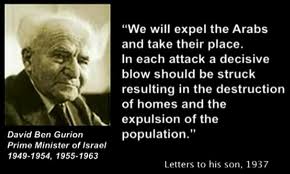 I turned off the video. This epitomized Jewish victimhood for me. They can never acknowledge that their actions inspire hatred against them. They have stolen Palestine. They have stolen people' homes, farms and businesses. Their snipers are killing unarmed demonstrators as in a shooting gallery. But there is a child-like inability to empathize with non-Jews, a disconnect between cause and effect.
As I wrote in my book, Illuminati, The python devours a mouse and portrays its death spasms as "hate."
The term "pathological victims" popped into my mind. The holocaust covers for a satanic agenda to dispossess and enslave mankind. The Holocaust (note the capital H) is made the distinguishing feature of a war that killed 60 million non-Jews.
"Israel has a right to exist," they say.
Excuse me, but I think it's Palestine's existence that is in question.
"Jews need a national homeland."
Organized Jewry has an outsized influence throughout the world. It is the goyim who need national homelands.
The majority of Jews are no more cognizant of this sinister agenda than the goyim. The average Jew is mired in everyday problems like his Gentile neighbour. He senses that the world is tilted slightly in his favor but that's as much thought as he gives it. He observes some Jewish holidays but he just wants to assimilate and be a good citizen.
THE JEWISH ENTERPRIZE
In my view, the "Jewish enterprise" is a giant scam. Defined by Cabalism, Judaism is really Satanism masquerading as a genuine religion. Their God is really Satan. Zionists financed the Nazis and helped plan the holocaust. Jews are descendants of Khazars and have no legitimate claim to the "Holyland."
Nevertheless, history can't be undone. Like many Israelis, I support the two-state solution. I would like to see both peoples thrive.

Of course, Israel is going in the opposite direction, encroaching further on Palestine,  the US, and the world every day. Israel was set up by the Rothschilds. Zionism (and Communism) are two pincers in the Rothschild's plan to dispossess and enslave the goyim.
Never forget the words of banker Louis Marshall who described Zionism as merely part of "a far-reaching plan" i.e. gifting humanity to Satan. It's possible that Israel and Jews, in general, could be sacrificed to this greater cause.
WE ARE ALL PALESTINIANS
Just as Palestinians are deprived of their birthright, so are we. Gradually, we are all being marginalized, photoshopped out of existence.
People who object to being shunted aside are called "white supremacists," "haters" and "racists."   E. Michael Jones was recently removed from Wikipedia. I became a non-person there years ago. People are being erased from YouTube, Twitter and Facebook. A lot of important information is still allowed on those platforms but this trend is likely to continue as the ugly truth spreads. They are burning our olive groves.

Most individual Jews are hard working, honest people but the secret zeitgeist of Organized Jewry is to exploit the goyim. This is the central banking cartel writ large. They provide the medium exchange (currency, credit = coupons) in the form of an interest-paying debt to themselves and thus drain the world of necessary capital.
Credit is the life-blood of society. The central bankers are bloodsucking vampires. In the words of Cecil Rhodes, they plan is "to absorb the world's wealth."
Thus, the growing income inequality. Most of the world lives hand-to-mouth or starves. The world's richest 1 percent, those with more than $1 million, own 45 percent of the world's wealth. Adults with less than $10,000 in wealth make up 64 percent of the world's population but hold less than 2 percent of global wealth.
Essentially humanity is divided into two groups. One - the people who benefit from the current banking system and adopt the occult indoctrination and social decadence that comes with it, and Two - the people who don't.
Eventually, outspoken members of the latter group will be deprived of access to their "money" just as now they're deprived of access to Wikipedia and Twitter. Just like undesirables are denied "social credit" in China.
Like Palestinians, they will be squatters in their own country.
I appeal to the Rothschilds and their Masonic Jewish supporters to reverse course. You have more money than you will ever need. The only thing you don't have is Love. Become our enlightened benefactor, instead of our sadistic jailer.
-----------
Related - Israel's Descent into a Moral Abyss
-----------Even Jews Ask, Is Judaism a Satanic Cult?

Comments for "Goyim are Trespassing on a Jewish World "

Israel continues to live in a political quagmire. It can't dominate without American money and military assistance. It also doesn't like the idea of having to fight their own wars anymore either. It stands to reason. Better to have someone else fight and pay for your wars than you having to drain your own resources and facing the blowback.

President Trump has shown much courage but he is out of touch with the real identity of Modern Day Israel and the Middle East problems in general. As President Trump WILL find out, it's never a two way street with today's Israel. There is and will be no compromise in return for his support. The neocon flunkies in Washington that now surround him are going to lead him down a rocky path with him holding the ball. Backing out of the Iran Nuclear Deal was a big mistake.

"I appeal to the Rothschilds and their Masonic Jewish supporters to reverse course. You have more money than you will ever need."

To understand their rapacity for money and early goods, here a most excellent sermon of Giles of Rome (1243-1316) who was an archbishop of Bourges , famed for commentaries on the six logical works (The Organon) of the Greek philosopher Aristotle.

Thus, the Rothchilds are taken by an infinite appetite for money, even to the consumption of the entire world. As Our Lord taught;

"For what doth it profit a man, if he gain the whole world, and suffer the loss of his own soul?"

Those who place their last end in God, will be sated in the next life with the ultimate sufficiency of man;

"Philip saith to Him: Lord, shew us the Father, and it is enough for us."