South Africa - No Longer "Good for the Jews" 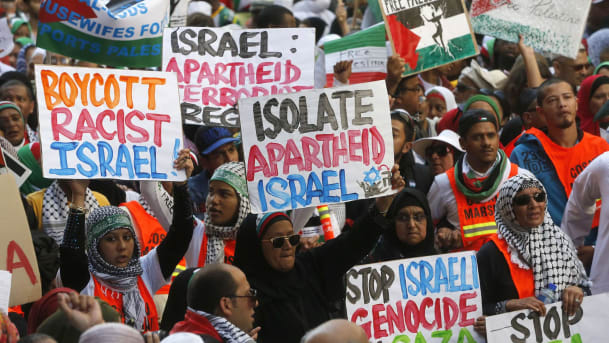 Since Mandela, the Jewish influence has declined markedly.

In his brutal honesty, Cyril Ramaphosa [current President of South Africa] told me of the ANC's 25-year strategy to deal with the whites: it would be like boiling a frog alive, which is done by raising the temperature very slowly. Being cold-blooded, the frog does not notice the slow temperature increase, but if the temperature is raised suddenly, the frog will jump out of the water. He meant that the black majority would pass laws transferring wealth, land, and economic power from white to black slowly and incrementally, until the whites lost all they had gained in South Africa, but without taking too much from them at any given time to cause them to rebel or fight." Dr Oriani-Ambrosini  Memoirs Prince and I: A South African Institutional Odyssey as discussed by Mr John Kane Berman

Well you clearly don't understand black privilege. It is being able to loot a country and steal hundreds of billions and get re-elected. If ppl (ie the people) want permanent poverty for the masses they are going about it the right way. #BlackPrivilege-- Helen Zille (@helenzille) May 17, 2019 Tweet by Former leader of the Democratic Alliance

The old apartheid South Africa was very good for the Jews. The old nationalist government understood the need for separation and went out of the way to be pro-Jewish. Among the many books banned in South Africa were any that promoted Jew hatred, such as the Protocols of Zion.

The Jews were respected and generally personal Jew-hatred was low. Historically before the Anglo Boer war, the Afrikaners were highly pro-Jewish, although after because of the connection with the Randlords, the attitude deteriorated.

South Africa had the lowest level of Jewish intermarriage in the western world (about 8%), The SA Jews also highest level of Zionism, and the greatest percentage of orthodoxy outside of Israel. In 1976 there were approximately 130 000 Jews in South Africa. About 10% of the English-speaking population and about 3% of the total white population.

After the Soweto riots, the Jews saw the writing on the wall and began to emigrate.

Many took Aliyah to Australia rather than out of the frying pan and into the fire of Israel.

The Jews were the most prosperous group in the country. With a population of 70,000 out of 50m they consist 26% of the richest people in the country.

Most Jews feared the Schwarzes (what Jews call Blacks) and had contempt for the Gattis (Afrikaners), but Jewish radicals formed the great bulk of whites supporting the Communist party and the ANC. Largely due to Jewish communist influence, the ANC became a radical Stalinist organization. 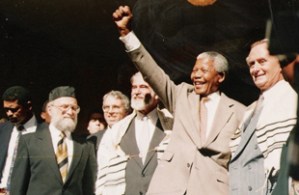 In the early days of the ANC government, Jewish communists such as Joe Slovo and Gill Markus held high level positions in the government. The Jewish lobby were the main cause behind the draconian hate speech legislation in South Africa. So, it looked that Jewish influence would continue.

However, since Mandela, the Jewish influence has declined markedly. Black ethnic nepotism and Muslim influence has pushed Jewish influence largely out of government. There is no Jewish presence in cabinet, in the higher levels of the ANC or in the EFF. There are regular denunciations of Israel and even the hate speech legislation is not protecting the Jews. The ANC is generally anti-Israel and the Universities are close to boycotting Israel.

The English press, which was largely under control of the Oppenheimer's has passed to the Muslim Iqbal Surve whose chief key to success was close ties ANC . Again the "Independent" newspaper group, the largest in South Africa has become a virtual mouthpiece for the ANC and will publish the occasional anti-Israel articles, which then gets a flood of letters protesting its antisemitic stance. The other major group is under Lebashe which is 100% black owned and also has links, although weaker ones, with the ANC.

The last Jewish dominated media is the PRIMEDIA group and tend to play an anti-ANC and anti-white role and has recently replaced almost all its white presenters with Blacks. 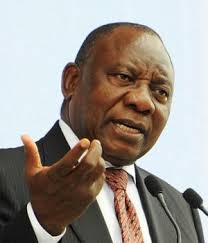 One of the actions that Ramaphosa did on becoming head of the ANC was to reach out to the Jews. Being a clever man he knows where the power lies, but the ANC with its strong Muslim influence continues to downgrade relationships with Israel.

So, the new black-ruled South Africa is not so good for the Jews. It may change but apart from Ramaphosa all the main politicians in the ANC are anti-Israel. The elite Jews continue to do well, at least for the moment.

The Democratic alliance (DA) is the main opposition is strongly influenced by Jewish money but has in the foreseeable future no chance of winning.

The new SA is good for the Zionists as many Jews flee to Israel, although Australia and other English-speaking countries have a large pull. Also, the attitude of the ruling party to be anti-Israel feeds into the general paranoia in the Jewish community that is wanted to maintain Jewish unity.

Comments for " South Africa - No Longer "Good for the Jews" "

Wow. The South Africa articles are phenomenal. It's great to read this long-overdue expose, at long last. How invigorating to now see some genuine honesty and historical truths being revealed in the takeover and dismantling of Boer WHITE South Africa society into a traditional tribal African village society where rank corruption and power lies with the controlling 'king" and his family/friends while the local denizens get whatever the "king' decides to dole out, depending on whether you get a benign or tyrannical 'king" . Was this not completely predictable with the compromising and sellout of FW de Klerk following Botha? Did he convince himself that communists like the ANC and Mandela were going to behave with the same moral consciousness as a white Christian society? Yes, an aparthid system is not a fair system of governance, but it's understandable how it arose in South Africa following the Boer Wars. It could have been eased out and gradually eliminated without simply capitulating power to the ANC and losing the entire structure and resouces to those who now plunder it with abandon, without any real regard for the Rule of Law, a tradition that grew out of Western Christian Civilization, and not traditional African tribalism.

And isn't it the cruelest cut of all that the Talmudic Jews who were behind the installation of Mandela and the ANC , whose beloved Israel enjoys a 10 million dollar PER DAY subsidy and gift from the American taxpayer, now runs the MOST apartheid government in the world?