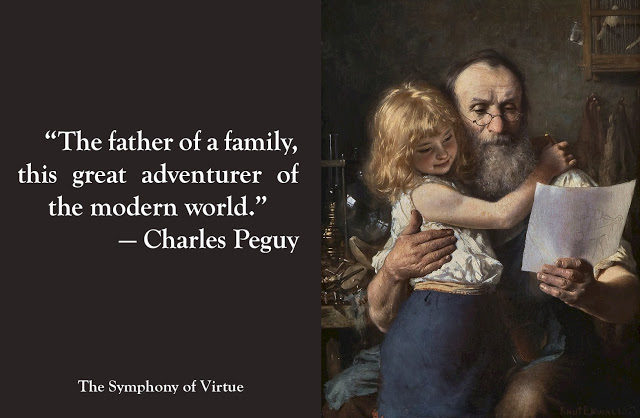 We forget that in a kid, there are all possibilities opened to a human. At the same time, he is just a kid. Be too harsh, and you may raise a cruel perfectionist. Be too soft, and you end up with a confused and lost young man. There is a place for love and a place for instruction: both are needed.

I still dream often of my father, who passed away many years ago. I wondered many times why, and I think I know now. Fathers are more than real persons to us, they are symbols of our need for acceptance, of a longing for God, of instruction, a symbol of our search of a model for how we deal with life. Without fathers, we feel lost. Eventually, God Himself should fill this position. "

Ephesians 6:4 -Fathers, do not exasperate your children; instead, bring them up in the training and instruction of the Lord.