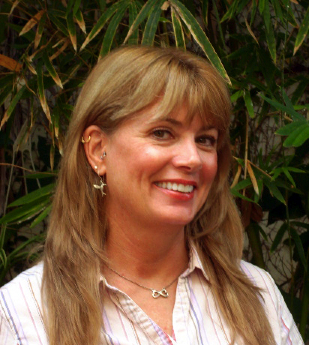 Carolyn Hamlett, left, is a former "multi-generational server" in the Illuminati. She provides further evidence that humanity is the victim of a long-term satanic conspiracy that is entering its final stage.
"Sleepers" have been programmed to be triggered to perpetrate the planned chaos in America and in other locations throughout the world.
"The truth is that our government IS the terrorist organization that wants to take down America and they need to disarm Americans first."
----
"Hilary did mention full body scanners in all government buildings and that these were currently being manufactured. She said that American schools 'are to become more prison like' and that a repeat 'Virginia [Tech] massacre' would be used to justify integrated profiling of more Americans."  - Aloysius Fozdyke, Nov. 30, 2010 (henrymakow.com)
See also - Newtown - Two Shooters Captured Alive!
"The Shootings, The Globalists and Gun Control: The 2nd Phase of Disarming Americans"
By Carolyn Hamlett
(edited by henrymakow.com)
The globalists know that an educated society armed with all the facts and the ability to think rationally is not easily overtaken.
That is why the globalists have been working diligently through the last 50 years to dumb down and numb up Americans which is the most crucial step toward fully disarming and ruling the masses with the least amount of resistance.
The problem is not the guns. The problem is that we are now an "Illuminati" controlled society that is reacting to mass programming.
Common sense is no longer common. Americans have been conditioned to be spoon-fed by the globalist-run mainstream media, globalist-run Hollywood and publishing houses.
We are an intellectually disarmed society, putty in their hands. Their agenda to further disarm us from physically protecting ourselves from them. It is one of the greatest conspiracies ever, and so successful that Americans just can't see it to save their lives.
I speak from my experience of being born and raised in the globalist organization, taught this plan to take over America and bring America to ruin.
When I was a small child in the 1950's, I knew these types of shootings would be happening just prior to the beginning of the planned chaos.
I also know that the globalist organization has been programming multitudes of individuals at least since the early 1950's, to be triggered to perpetrate the planned chaos in America and in other locations throughout the world.
Many of these programmed people are what I call "sleepers" because they are totally unaware that they have been programmed.
The programming is dormant until the inner clock is triggered which engages the program. I believe that the movie, "Avatar" contains such triggers. I haven't seen the Batman movie, but I suspect it also contains triggers.
GLOBALISTS AIM TO DISARM AMERICANS
The globalist aim to enact strict gun laws and to finally disarm Americans. This has been a target goal for many years. Until the globalist enact strict gun laws, Americans can expect to be seeing more shootings, not just in schools, but in other public places, like malls, parks, libraries, religious meeting places, possibly subways and even airports.
Such "false flag" events were planned many many years ago in order to instill fear in Americans so that they would be more willing to disarm themselves rather than be forced by the globalist to disarm. As a last resort, firearms will be taken by force.
These planned shootings are also a means to motivate Americans to look to their globalist-run government as their source of security and to see other Americans as their enemy, not the globalist-run government who is the real enemy of the people. The globalists want Americans to turn against each other and to be spies and snitches. "Patriotism" is being redefined before our sleeping American eyes.
Keep in mind that if the globalists benefited by having Americans armed, then the globalists would be pulling off numerous "false flag" attacks in America that would be thwarted by well armed citizens and of course would be widely publicized. The fact is that there are many armed citizens whose quick thinking has saved many lives.
However, the fact is that gun ownership by American citizens is dangerous to our globalist-run government.
Think about this, what soldier would not fear entering a country where most of it's citizens are armed? Think about the power of the globalist run mainstream media and how easily Americans could be influenced to support the benefits of having more guns, not fewer.
Taking guns away will not stop the criminals, but it will stop Americans from protecting themselves against the criminals who will always have plenty of weapons.
The truth is that our government IS the terrorist organization that wants to take down America and they need to disarm Americans first.
Their first step in disarming Americans has been successful: we are no longer a thinking, reasoning society with all the facts. The next step is obvious.
A final point I wish for you all to consider:
Research all the laws that have been passed since September 11, 2001 and ask yourself what is keeping our globalist-run government from enforcing all those laws. The answer should also be quite obvious.
--
Original Text  on Carolyn's Blog
Also by Carolyn Hamlett Underground Bases are Real
-------  Illuminati Pedophilia - A Victim's Memoir
Related - News Media Collaborated in 9-11 False Flag
Eric Holder 1995 Interview: Must "Brainwash People Against Guns"

For many, guns embody the ultimate love-hate relationship. Hate what they do, but love what they symbolize.

When the 2nd Amendment was ratified the spirit of the American Revolution was fresh in the minds of those whose duty it was to create the new law of the land-the U.S. Constitution. The founders knew that this Amendment was prompted not by a recognition of the need to protect one's self from fellow citizens, but against the potential for a tyrannical Govt. rearing it's ugly head.

There are sadly too many Americans now, most of them Obama supporters, who have long since succumbed to the belief that individuals must not possess guns in favor of the already dumbed-down notion that a benevolent Govt. will protect them. When things ramp up with more false flag shooting massacres it will only reinforce this thinking. There'll be no hope in convincing the sheeple with the truth. They're already safely ensconsed in the hypnotist's bag. For those who know the score it'll be a matter of prying their "cold, dead hands" from it's grip. It's the majority of those somewhere in the middle that the totalitarians will be targeting.

When I listen to callers on radio talk shows I am somewhat encouraged that most of them want no part of repealing the 2nd Amendment. If anything, gun sales in the U.S. actually go UP after these massacres. But virtually all of them buy into the lie of the lone-nut mental case being the ones to protect themselves against. Americans have lost sight of that spirit of Revolution which understood where the real protection is needed-the true understanding of eternal vigilance.

But this notwithstanding, at least there's an intrinsic sense held by most Americans, furnished by the 2nd Amendment, that possessing a firearm is as natural as driving a car now to what was riding a horse back in the day.

“Hilary did mention full body scanners in all government buildings and that these were currently being manufactured. She said that American schools 'are to become more prison like' and that a repeat 'Virginia massacre' would be used to justify integrated profiling of more Americans.”
http://www.henrymakow.com/hillary_in_australia.html