The Conspiracy to Defile 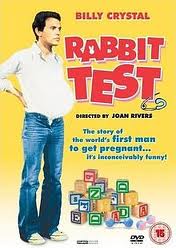 The Rabbit Test - "The sick "humor" in my uncles' film is exactly what is promoted in media today. Although it came out in '78,
it was way ahead of its time."
Why do so many Illuminati Jews
think defiling moral standards
like human dignity is courageous
& progressive?
THE LUCIFERIAN CONSPIRACY
The New World Order, Communism etc. ultimately is a satanic conspiracy rooted in Jewish Cabalism. They pick us off one-by-one because ultimately they are after our souls. They wish to rededicate mankind to Satan, one person at a time.  There is also a political dimension. "We corrupt in order to control," said Masonic leader Giuseppe Mazzini. Porn addicts will not defend family or freedom.
from Dec 12, 2012
by Christine
(henrymakow.com)
I try to warn others about what has happened and what IS happening. A few of my family members are in the "Jew media" and one is directly responsible for promoting the sort of ideas that people like you and I warn others about.
When I try to explain to people what's going on, they laugh- oh no it can't be a "conspiracy" as I claim. What proof do they need?
Years ago, my uncle and his long-time friend Joan Rivers (Rosenberg) made a horrible, offensive film. The title is "Rabbit Test". It's very bad- it's now on Youtube in sickening entirety.
The sick "humor" in the film is exactly what is promoted in media today, although it came out in '78, way ahead of its time.
It thinks pedophilia jokes, bathroom and fecal matter jokes are swell. I believe my uncle was inadvertently warning us of things to come. He became a media big wig later. If you want to be disgusted watch it (midgets in blackface?? the scene where a little girl is implied to be giving oral to an old man from under a table?? Black African nationals serving watermelon. Joan Rivers picks up shit with her bare hands..) but be spiritually prepared.
I use that film as an example, a "template" as it were, an icon of horrible-ness that is seeping into mass media.  Every joke in that film has been used and re-used many times in TV shows and movies in the last 30 years with some variations.

Seth Macfarlane has a "cutesy" pedophile character "Herbert" on Family Guy. MacFarlane may not be Jewish but the entertainment industry is.
Secret Communist Goals Near Fruition
25. "Break down cultural standards of morality by promoting pornography and obscenity in books, magazines, motion pictures, radio, and TV.
26. Present homosexuality, degeneracy and promiscuity as "normal, natural, healthy."
INSIDIOUS
If made by the "cabal" all films give a little hint they are "one of THEM" by inserting a reference, maybe an old Jewish joke in the first few minutes of the show that most people won't see unless they are in the "know".
This identifies the filmmaker as a person on the "in". In fact, a lot of films get their entire plot ideas directly from the Talmud (Idiocracy: guy wakes up after long sleep, a la "Rip Van Winkle.") The plot comes from  the Talmud, Honi haa-M'agel he is said to have fallen into a long sleep, to wake up after 70 years.
These members of the cabal do ANYTHING to sneak in a dirty reference, a nasty innuendo, a lie, outright propaganda into everything they produce in order to sully the "good".
Turn on the TV, innocently watch a show, and some offensive scene or sound is now in your living room. A restaurant commercial inserts an almost nude woman. A cartoon show for kids has body function jokes. I can go on and on.
For people that are honestly trying to keep their homes spiritually "clean", it is almost impossible now, as the monsters creep into any crevice, like cockroaches getting into a new apartment.
The web is compromised as well, with their ads that show almost naked people or other evil images.  You can be thoughtlessly looking up some recipe or movie review & moving gifs pop up in ads with some boobs or other demonic influence.
Since we are so intuned now to trying to stay away from direct offence, the cabal needs to SNEAK it in through various ways.

(l. Sarah Silverman)
PSYCHOLOGICAL WAR
The object is to shock, like a flasher who gets off on women's surprised disgust. Just when you thought you were safe watching a cooking show, the ads for vaginal mesh failure come on.
A lot of people think they do avoid this evil by deliberately watching filth, in the excuse "oh it's only fun! Plus it EXPOSES it!" Sympathy for the devil.
My aunt has a funny way of introducing herself to people- she asks LOTS of probing questions. She is trying to get you to open up, admit to things you may regret.
Another "trick" to finding out how game you are is to tell some filthy joke. If you laugh, you're pegged as a possible player. A righteous & fearless person won't fall for it.
This is how they work, trying to get dirt on a person to be used against you later. This is the same way the paedophile intel agents work, common knowledge: make friends, find your worst secrets to be used against you later.
This is what set up [David] Petraeus. Most of those if not all, of those political offices vacated by persons "needing to resign to spend more time with family" is in reality given the option to quit or get exposed.
Don't get yourself into a situation like those guys. Don't get drunk or high with people. If you find yourself making a friend with a new person and they seem very interested in you, don't let them in your home.
They ARE out to get you.
Some may call it paranoid, but with more than one major bank investigator killed or suddenly charged with a heinous crime in the headlines, too much of a coincidence to me.
"Whosoever transgresseth, and abideth not in the doctrine of Christ, hath not God. He that abideth in the doctrine of Christ, he hath both the Father and the Son. If there come any unto you, and bring not this doctrine, receive him not into your house, neither bid him God speed: For he that biddeth him God speed is partaker of his evil deeds" (2 John 9-11)
One has to be very, very careful and diligent to keep this evil out of their home. It is a spiritual war. We fight against wickedness in high places. Eph 6:12
--
Related - Liberals Carry Luciferian banner
"The shows I worked on: Mary Tyler Moore Show, That Girl, & Love American Style, among others, were nothing more than Jewish tools (for the most part) to undermine the innocence of American WASP culture." --E. Baumgartner, Jewish Scriptwriter
Related - The Legacy of Organized Jewry
Rabbi Daniel Lapin - Jewish Influence in Mass Media
Makow -- Huffpost Pressures Young Women to be Sluts

Comments for "The Conspiracy to Defile"

In the "Family Guy" and "American Dad" series from Seth Macfarlane there are a lot of references to Jews, mitzvah, etc. in a propagandistic way.

One example is the episode where the protagonists sings "I need a jew" and the rest is mainly dedicated to how "good" they are and what a pity, we are not like them. One can download this episode "When you wish upon a Weinstein" and see it with his own eyes.

That propaganda is a classical trend in some "states inside states", like James said. Their leaders are thinking of the other people, but in a "special" way.

Finally, somebody putting her finger on what the Jews have been doing. Not that non-Jews are not involved and helping, but all things considered, it happens under 100% Jewish direction. One doesn't have to be a so called anti-Semite to notice this or say it, it just happens to be the truth, which everybody can perceive unless stupid or brainwashed. Of course they call anybody an anti-Semite who manages to get the facts out about them.

The question is why are they like this? What is their motivation? It can't be new, or connected to World War 2 and the alleged Holocaust. It's an old story. They have never assimilated anywhere they went. They were always a state inside the state wherever they stayed. And they got kicked out many times, out of many countries, because of their unwillingness to assimilate, possibly because of their humongous superiority complex.

But the original cause for all the trouble must be their religion, with the Talmud justifying doing anything to non-Jews, including stealing from them and killing them. What is a little propaganda compared to that?

This is in a nutshell our sh*tty, Jew dominated world today. And as the author said, they won't let you in peace; they sneak into people's houses. What a turn off. If there is a God who embraces all people, the guilty ones are certainly in line for his wrath.

The blame should be focused on the "leadership" who are
agents of the Sabbatean or Cabalist element, financed by the central bankers. Most Jews haven't a clue about the Talmud/Cabala and are sheep like most other people. Nevertheless they are partly responsible for what organized Jewry does in their name, just as Americans as partly responsible for what their government does in Iraq or Afghanistan.